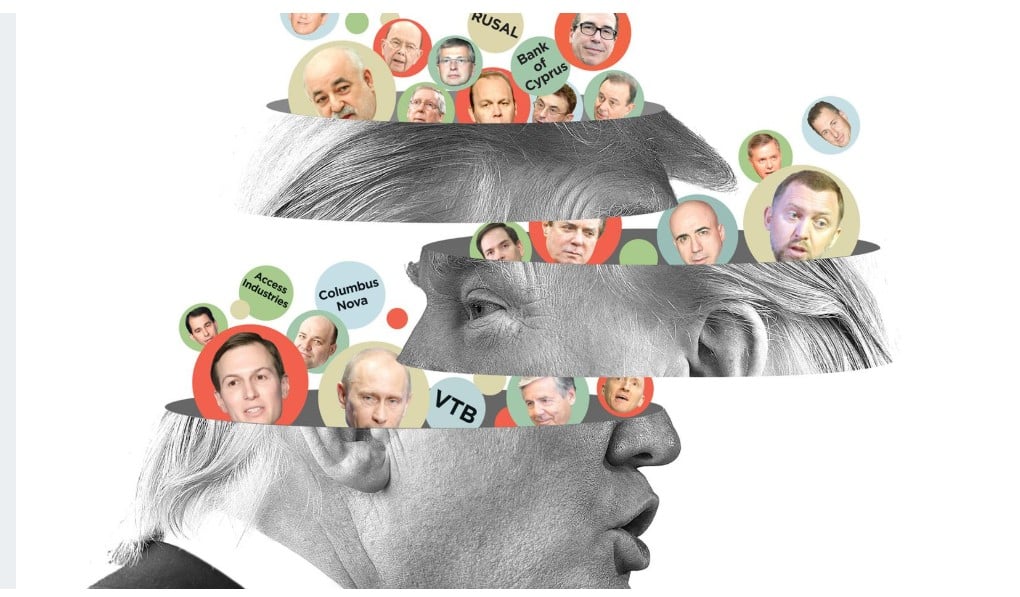 VT: We study politics, we live on intelligence and the truth.  We know who Donald Trump is and why he was placed, unelected, into the White House exactly as George W. Bush was.

Donald Trump is here to bring the United States to its knees on behalf of what most of you would like to call the “Deep State.”  We call it the Kosher Nostra, and its dozens of names from Illuminati to Freemasonry are behind centuries of conspiracies.

Who were the real “Elders of Zion?”  Not who you think.

From the Dallas Morning News, a 2018 story brought back because another $500k payment to the GOP from the Kosher Nostra was found:

Editor’s note May 8, 2018: This column originally published December 15, 2017. New allegations about $500k in payments from a Russian oligarch made to Trump attorney Michael Cohen have placed it back in the news.

As Special Counsel Robert Mueller’s team probes deeper into potential collusion between Trump officials and representatives of the Russian government, investigators are taking a closer look at political contributions made by U.S. citizens with close ties to Russia.

We have allowed our campaign finance laws to become a strategic threat to our country.

An example is Len Blavatnik, a dual U.S.-U.K. citizen and one of the largest donors to GOP political action committees in the 2015-16 election cycle. Blavatnik’s family emigrated to the U.S. in the late ’70s from the U.S.S.R. and he returned to Russia when the Soviet Union began to collapse in the late ’80s.

Data from the Federal Election Commission show that Blavatnik’s campaign contributions dating back to 2009-10 were fairly balanced across party lines and relatively modest for a billionaire. During that season he contributed $53,400. His contributions increased to $135,552 in 2011-12 and to $273,600 in 2013-14, still bipartisan.

In 2015-16, everything changed. Blavatnik’s political contributions soared and made a hard right turn as he pumped $6.35 million into GOP political action committees, with millions of dollars going to top Republican leaders including Sens. Mitch McConnell, Marco Rubio and Lindsey Graham.

In 2017, donations continued, with $41,000 going to both Republican and Democrat candidates, along with $1 million to McConnell’s Senate Leadership Fund.

Read more in a great in-depth study at DallaNews.com