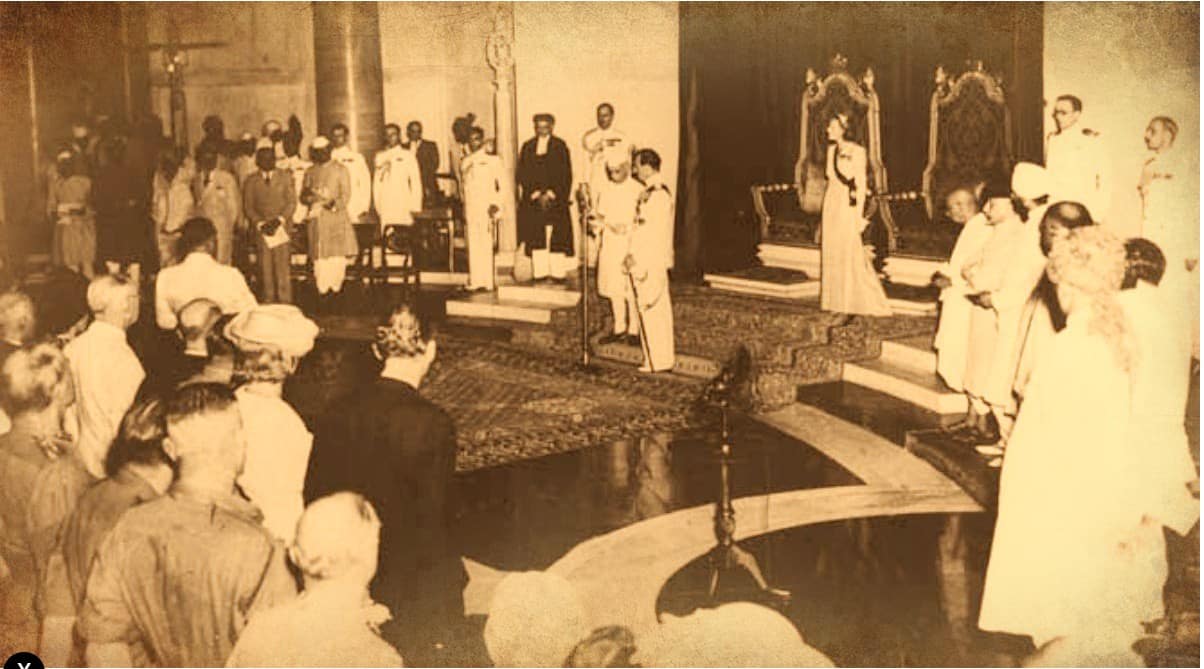 Every year when India celebrates Independence Day on August 15, Kashmiris, living on both sides of the Line of Control (LoC) and Pakistanis, including those of the world, observe it as the Black Day to convey the message to the international community that New Delhi continues to usurp their inalienable right of self-determination.

During the partition of the Sub-continent, the people of the state of Jammu and Kashmir (J&K), which comprised a Muslim majority, decided to join Pakistan according to the British formula.

In this regard, the historical resolution was unanimously passed on 19th July 1947 by the All Jammu and Kashmir Muslim Conference in Abi Guzar, Srinagar. It decided to merge Kashmir with Pakistan, considering the geographical proximity—the majority of Muslim population (77%), language and cultural relations of Jammu and Kashmir.

But, Dogra Raja, Sir Hari Singh, a Hindu who was ruling over the J&K in collusion with the Indian Prime Minister Jawaharlal Nehru and Governor-General Lord Mountbatten, joined India.

The design to forcibly wrest Kashmir began to unfold on August 16, 1947, with the announcement of the Radcliffe Boundary Award. It gave the Gurdaspur District, a majority Muslim area, to India to provide a land route for the Indian armed forces to move into the state of J&K.

There was a rebellion in the state forces, which revolted against the Maharaja and were joined by Pathan tribesmen. Lord Mountbatten ordered armed forces to land in Srinagar.

Indian forces invaded Srinagar on October, 27 1947 and forcibly occupied Jammu and Kashmir in utter violation of the partition plan and against the wishes of the Kashmiri people.

When Pakistan responded militarily, on December 31, 1947, India made an appeal to the UN Security Council to intervene, and a ceasefire ultimately came into effect on January 01, 1949, following UN resolutions calling for a plebiscite in Kashmir.

Specifically, the Security Council adopted resolution 47 (1948) of 21 April 1948, which promised a plebiscite under UN auspices to enable the people of Jammu and Kashmir to determine whether they wished to join Pakistan or India. On February 5, 1964, India backed out of its promise of holding a plebiscite. Instead, in March 1965, the Indian Parliament passed a bill declaring Kashmir a province of India, an integral part of the Indian union.

It is notable that August 5, 2019, was the blackest day of India’s so-called democracy when her Parliament revoked articles 35A and 370 of the Constitution, which gave a special status to the disputed territory of the J&K. The act split the J&K into two territories to be ruled directly from New Delhi.

In fact, Premier Modi and the BJP, in connivance with other similar outfits like RSS, have accelerated anti-Kashmir measures. Implementing the ideology of Hindutva (Hindu Nationalism), Indian extremist rulers’ various other moves, such as the issuance of domicile certificates to 40,000 non-Kashmiris to bring demographic changes in the Muslim-majority area and intermittent shelling inside Pakistani side of Kashmir in relation to the LoC, which has killed hundreds of innocent villagers, show India’s fascist policies.

Indian cruel actions against the Kashmiris reached a peak on August 5, 2019, when New Delhi also started the siege of the IOK and imposed a strict lockdown by increasing military troops by up to more than 900,000.

In the more than 12 months, Indian military and paramilitary troopers have martyred tens of thousands of the Kashmiris, including women and children through ruthless tactics, firing of pallets and extrajudicial killings.

Owing to the military clampdown in the IOK, shortage of food and shortage of medicines for the patients, and coronavirus-affected, Kashmiris have been facing painful deaths. In order to conceal India’s state terrorism, Kashmir has been cut off from the rest of the world. But, under these adverse circumstances, Kashmiris are still violating the lockdown by protesting against Indian illegal actions.

And the Modi-regime has also increased gangs of RSS volunteers permanently stationed in occupied Kashmir.

The Indian army has been given a free hand to play holly with the blood of the Kashmiris. Therefore, Indian forces have increased atrocious crimes, knowing that they would not be prosecuted.

Since 1989, Kashmiris have been enduring various forms of state terrorism such as tortures, kidnappings, rapes, and massacres, but no Indian soldier has ever been taken to task for his heinous crimes. Hence, since the military lockdown started in the Indian held Kashmir, Indian forces have intensified the employment of these brutal tactics. Almost 100,000 Kashmiris have died in the past 30 years.

In this connection, Western media, human rights groups such as Human Rights Watch, Amnesty International, etc., and leaders of various countries, including lawmakers and UNO have repeatedly condemned Indian illegal measures and human rights violations which continue unabated in the UK. Even moderate Hindu dignitaries and leaders of the Indian opposition parties, including Congress, have strongly criticized the Modi government’s acts of August 5 and lockdown in the Indian Controlled Kashmir.

In this context, US Democratic presidential Joe Biden stated on June 26, this year: “India should take all necessary steps to restore the rights of all the people of Kashmir.”

August 5th, 2020, was the first anniversary of India’s revocation of the special status of the state of the J&K.

Kashmiris living on both sides of the LoC and their brethren in Pakistan, including the rest of the world celebrated this very day as the Black Day, while Pakistan, especially observed August 5 as ‘Youm-e-Istehsal-e-Kashmir’ (Day of Exploitation in occupied Kashmir/‘Kashmir Military Siege Day’) to display solidarity with the people of Indian Illegally Occupied Jammu and Kashmir (IIOJK).

The Day was observed throughout Azad Jammu & Kashmir, Pakistan, and the overseas Pakistanis and Kashmiris to condemn the illegal, immoral, and inhuman Indian action of August 5, 2019. It was marked by mass anti-India protest rallies and processions across many cities of Pakistan, including those in the Pakistani side of Kashmir and its capital-Muzaffarabad.

Conferences and demonstrations which had already started in the world’s major capitals, including numerous other countries increased on August 5, as people protested against India, military lockdown in the IOK, brutal treatment of the Kashmiris by the Indian forces, and reminded the international community of the rights of self-determination of the Kashmiris as recognized by the UNO-related resolutions.

Notably, a year after India abrogated the special status of Jammu and Kashmir, UN human rights experts on August 4, 2020, called on India and the international community to take urgent action to address the “alarming” human rights situation in (IOK) Jammu and Kashmir, specifically “to investigate all cases of human rights violations, including extrajudicial killings, enforced disappearances, torture, and arbitrary detentions.”

Nonetheless, as in past years, Indian Independence Day will be observed as the Black Day by the Kashmiris, Pakistanis and in rest of the world to convey the message to the international community that India continues to usurp its inalienable right of self-determination.