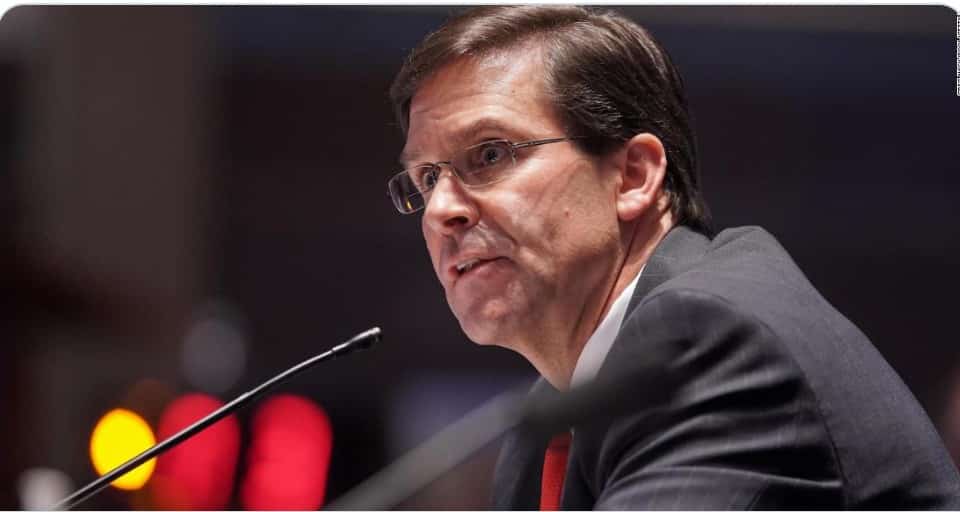 Facebook-YouTube-Google removed all references to an attack on Beirut based on Esper’s statement, now admittedly false.  Will they now restore the videos and the accounts they terminated?  Will they apologize and compensate the victims?

Will they apologize to President Trump?

VT: Trump chastised Esper for running his mouth on Beirut.  Trump was informed of the explosion within minutes.  The US had, for some unknown reason, 3 surveillance planes close off shore who observed Israeli aircraft, both F 15E and F 16 over the site prior to and during the explosion.  Much more evidence is coming in from Beirut.

Washington (CNN) Defense Secretary Mark Esper is downplaying any differences he had with the White House’s assessment as to what caused the deadly explosion in Beirut after his speculation that the blast was likely the result of an accident drew push back from the White House.

“The bottom line is we still don’t know” what caused the explosion, Esper told Fox News in an interview that aired this weekend.
–

“On the first day, as President Trump rightly said, we thought it might have been an attack, some of us speculated it could have been, for example, a Hezbollah arms shipment that blew up, maybe a Hezbollah bomb making facility, who knows?” Esper said, adding that the media was trying to stoke division between himself and President Donald Trump.

Despite his comments that some were speculating that the explosion may have involved an attack, several defense officials told CNN on Tuesday the US military did not have any information pointing to an attack, an assessment echoed by Esper on Wednesday when he said most believed it to be an accident.

“Yesterday I commented that it was looking more like an accident and it’s regrettable that some in the media … are trying to draw divisions within the administration between maybe me and the President and others, it’s simply not true,” he said.

Esper told the Aspen Security Forum on Wednesday that the US was “still getting information on what happened. Most believe that it was an accident as reported and beyond that I have nothing further to report on that. It’s obviously a tragedy.”

Hours after Esper said “most believe” that that the Beirut explosion “was an accident,” Trump appeared to cast doubt on the plausibility of it being an accident at a White House news conference, saying, “How can you say accident?” while also saying, “Right now you have some people who think it was an attack and some people that think it wasn’t.”

White House chief of staff Mark Meadows went even further when asked about Esper’s assessment that the explosion was likely an accident, saying: “From Secretary Esper’s standpoint, he doesn’t know.”

On Tuesday, Trump said that he had spoken to some of “our generals” and that they had assessed the explosion to be a bombing attack.

The explosion in Beirut left at least 158 people dead with dozens missing. More than 6,000 people were injured in the incident.