Iran envoy to UN: Any return of sanctions will be met severely by Tehran

[ Editor’s Note: We knew, along with everybody else, the US was going to lose this vote. Pompeo was just going through the motions, as we can expect the US to announce sanctions on anyone doing any arms sales to Iran. 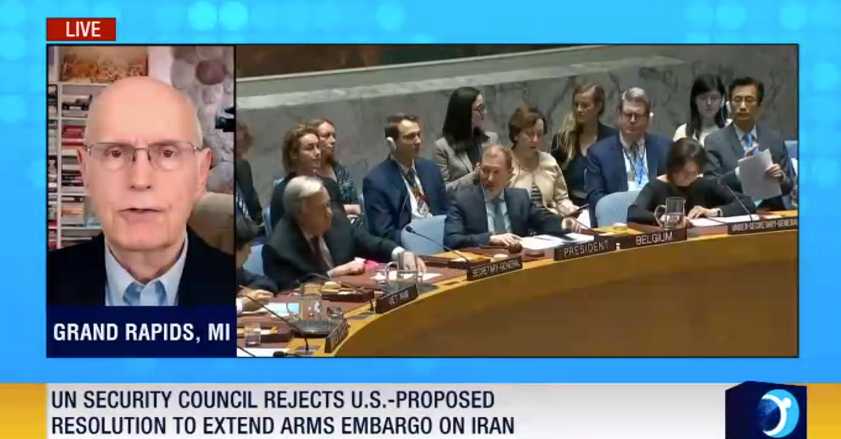 I can’t imagine anyone doing that who was not already on the list, except for some of the EU countries.

China and Russia of course voted no, with eleven abstaining that included Britain, France, and Germany.

The make-believe country, the Dominican Republic, stood with the US for whatever it usually gets paid to do so. China’s UN Ambassador Zhang Jun said the outcome “once again shows that unilateralism receives no support, and bullying will fail.“

So I expect any foreign weapons purchases to be made from Russia and China for items Iran might need that it does not make itself. I don’t see Iran being able to afford any of Russia’s top fighters but might manage to get a few older ones.

The other needed areas might include technical items like electronic warfare technology, items that would give Iran a multiplier effect. Expect to see the US do what it seems to love doing, sanctioning anyone that says no… JD ]

The United Nations Security Council has rejected a US resolution to extend an arms embargo on Iran that is due to expire in October, as Russian President Vladimir Putin proposed a summit of world leaders to avoid “confrontation” over an American threat to trigger a return of all  UN sanctions on the Islamic Republic.

“The Security Council’s failure to act decisively in defense of international peace and security is inexcusable,” US Secretary of State Mike Pompeo said in a statement on Friday before the Security Council announced the results of the vote.