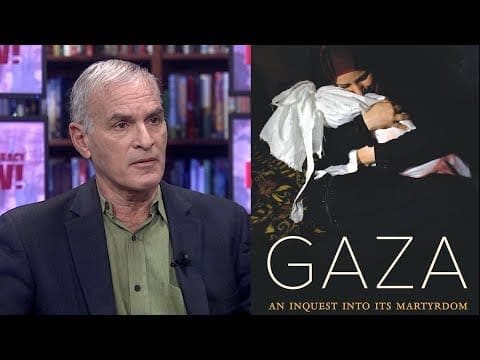 The Holocaust establishment is already panicking because Norman Finkelstein has recently said something that they were not expecting at all. Finkelstein declared:

“David Irving was a very good historian – I don’t care what Richard Evans (the historian who was a key player in the Lipstadt libel trial) says. He produced works that are substantive…If you don’t like it, don’t read it. In the case of Irving, he knew a thing or two – or three.”

Obviously Finkelstein has broken one of the prevailing and sacrosanct dogmas of the Holocaust. He has certainly crossed the line because David Irving, according to the vision of anointed people of this world, is not only a Holocaust denier and an anti-Semite, but he has never produced anything that is worth reading at all. As Richard J. Evans himself puts it, Irving’s writing is:

“completely worthless as history, because Irving cannot be trusted anywhere, in any of them, to give a reliable account of what he is talking or writing about…if we mean by historian someone who is concerned to discover the truth about the past, and to give as accurate a representation of it as possible, then Irving is not a historian.”[1] The ADL calls Irving “one of the most best known Holocaust deniers in the world.”[2]

Finkelstein, like other serious scholars who have praised Irving in the past (despite the fact that they disagree with his conclusions), would beg to differ. But we also have a scholarly problem here. Is a person even allowed to use archival evidence to present his point? Isn’t that what serious historians supposed to do? Are we really doing history a service by labeling anyone who disagrees with us racists or anti-Semites?

This has gotten so bad that Slavoj Zizek, of all people, had to say something about it. Zizek writes:

“Some British Jews feel affronted by alleged anti-Semitism in the UK Labour Party. But how many of the complainants empathize with complaints from West Bank Palestinians?

“Throughout history, thinking at variance with the mainstream was always unpopular and risky. However, at various times, it has been tolerated to different degrees. Today, it’s less and less acceptable than in the recent past. We can see this clearly, right now, as the unwritten rule which determines the limits of what is acceptable is breaking apart, and different visions compete to impose themselves as hegemonic.

“Years ago, Noam Chomsky caused a scandal when he followed Voltaire’s maxim to its extreme: he defended the holocaust denier Robert Faurisson’s right to publish his book, and his argumentation even appeared in Faurisson’s book as an afterword. Today such a gesture would be immediately identified as anti-Semitic. Holocaust denial is today not only criminalized, the terms of its criminalization are sometimes even numerically circumscribed.”[3]

The fact is no one can ultimately silent the pursuit of truth. No one can silent truth and win. It’s impossible. That is one reason why the Holocaust establishment will one day fall.