Update 08-17-20: This was written on August 11th and did not get posted due to the Beirut attack news descending upon VT. It was all hands on deck while we began searching for clues, including the always well prepared cover story.

We tagged it a mini-nuke strike after seeing videos of the second explosion. When we had the “firecracker and the fertilizer” cover story rolled out, we saw Israel’s signature on the operation.

Notwithstanding US military power, US diplomatic standing has tanked while Trump and his gang have been at the helm, as they look at the rest of the world as a target rich environment.

America itself has been targeted, with even the Post Office getting added to the enemies list, something that Trump might regret, with federal prosecutors already looking into a conspiracy investigation if Trump loses.

If Trump loses, there could be quite a few investigations going on. But it ain’t over till the fat lady sings. Everyone who wants the country to hit the reset button needs to stay fully engaged, if more Trump torment is to be averted.

It is not too much of an exaggeration to view Trump as a political tactical weapon to reduce the US to the point of chaos we see domestically and in foreign affairs. Hardboiled, bruised and beat up Cold War Intel veterans do not believe in coincidences.

Do I see a comparison damage wise to what someone just did to Lebanon? You bet your booties I do … JD ]

[ Editor’s Note: Strangely, the US claims to have a veto over an agreement, JCPOA, from which it has already withdrawn. It’s like a holographic placeholder. A ghost. For instance, if the US had dropped its own United Nations membership, and then followed on with a demand to address the UN at its annual meeting or cast a veto vote, the formal UN response should be “Get outta here!”

I have watched for months how the US’ baseless threat to trigger the Iran snap back provision has been accorded the usual diplomatic niceties, while it appears to be unipolarism on steroids. And even Iran accepts this silly concept that the issue has to be defeated by a UN vote, when obviously, it should not have been entertained by the UN in the first place.

Why is it that the UN cannot see how silly they make themselves look when its members are allowed to exploit loophole ‘quirks’, and yet the UN seems to have no interest in making adjustments to its rules by passing with a majority vote that any member withdrawing from an agreement cannot be recognized as a participant anymore?

Any international body that finds that an insurmountable hurdle to overcome has its reputation plummet, in my book. The term, fake organization, comes to mind. Even corporations have bi-laws where any member or group violating them are subject to expulsion.

The UN needs to be reformed, as its original structure has not been able to evolve to be able to fix systemic abuses by a member, Israel for one example.

When you discover a problem with the structure, nibbling around the edges will not fix it. You have to man up and deal with the cause… Jim W. Dean ] 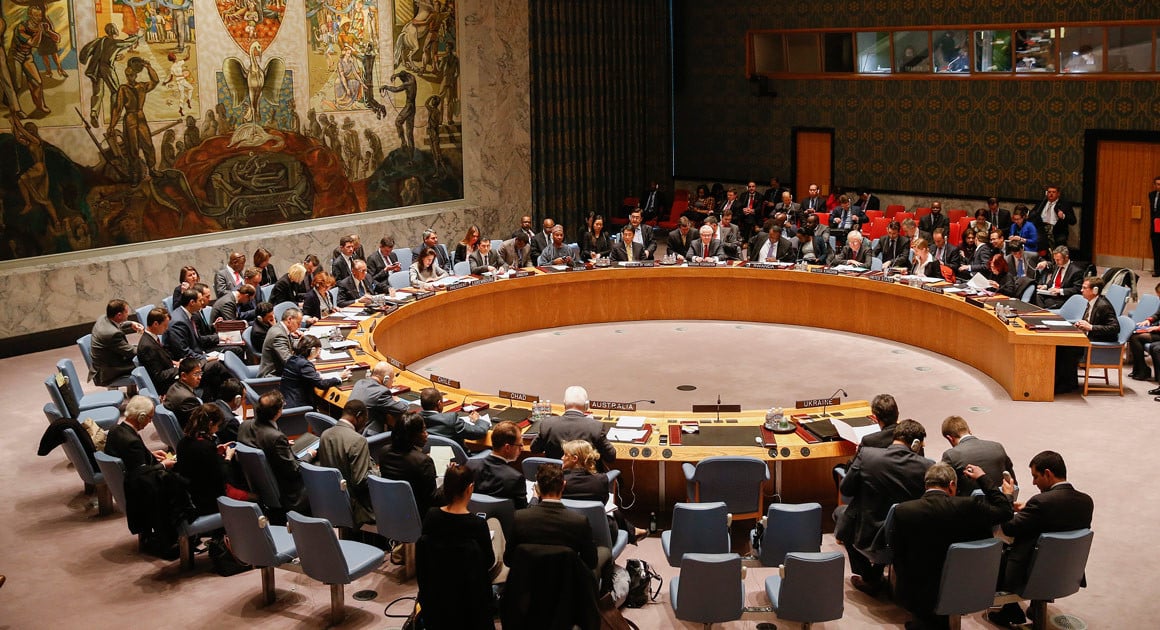 Iran says a US resolution seeking to extend an arms embargo against the Islamic Republic will not clinch support at the UN Security Council, stressing that Washington has no legal right to invoke a snap back mechanism to reinstate sanctions against Tehran under the 2015 nuclear deal that the US unilaterally left in 2018.

“Legally speaking, the United States is no position to use the snapback [mechanism]. The three European allies of the United States also explicitly stated at a previous meeting of the UN Security Council that the United States could not use this mechanism,” Iranian Foreign Minister Mohammad Javad Zarif told reporters on the sidelines of a cabinet meeting on Wednesday.

Regarding the US efforts to convene a Security Council meeting to extend Iran’s arms embargo, due to expire on October 18 under the terms of the landmark nuclear deal, Zarif said the Americans have been consulting with the whole world on a “very long, sharp-worded and far-fetched” resolution on some issues for about three months.

The top Iranian diplomat said the Americans did their best and traveled to various countries at the highest levels of the State Department, including the secretary of state himself, during the coronavirus outbreak, but they have failed to garner support for the resolution.

Zarif then pointed to a reported watered down new resolution by the US, which is said to comprise fewer terse paragraphs in place of the earlier 13-page hardline draft circulated among members.

He said the US administration has no respect for the intelligence of others and thinks that if they change an article from five pages to five lines, members of the Security Council would think that the content of the article has changed.

The top Iranian diplomat rejected the US draft resolution as illegal, adding that Washington wants to use the mechanism of the Security Council to destroy the council itself.

“This resolution will not secure the votes and even the number of votes will be very small. It is almost certain that we will not see a new resolution,” he added.

“If the United States makes the snapback work, the move is devoid of any legal value, and any result from this snapback will be deemed worthless and will have no effect in the eyes of anyone,” he said.

The US has stepped up attempts aimed at extending the UN arms ban on Iran that is set to expire as part of the JCPOA, which has been endorsed by UNSC Resolution 2231.

Despite the changes in the new US resolution, Security Council members are still expected to reject the effort, which seeks to extend the arms embargo on Iran indefinitely.

“If the goal is still an indefinite extension of the embargo without any other concessions to Tehran, I still think China and Russia will veto this,” said Richard Gowan, UN director at the International Crisis Group.

Russia and China are two of the Security Council’s five permanent members, who have veto rights, and among the remaining parties to the JCPOA. The resolution needs support from nine of 15 votes to pass.

The administration of US President Donald Trump has repeatedly threatened to trigger the so-called snapback provisions of the 2015 nuclear deal if it cannot secure an arms embargo extension.

Since leaving the JCPOA, the US has been resorting to its maximum pressure campaign against Iran by reinstating its sanctions and persuading others to follow its suit.

The Iranian foreign minister’s Wednesday remarks echoed those by President Hassan Rouhani who said earlier in the day that the US will most likely fail in its push to extend the UN arms embargo on Tehran and will face isolation at the Security Council.

“We have high hopes that the United States will be defeated and will witness its own isolation,” Rouhani said at a cabinet meeting.

“Our position is clear in all circumstances and if such a resolution is passed against part of UNSC Resolution 2231, it means a gross violation of the JCPOA, and those advocating this [violation] and working to make it happen will be responsible for the consequences,” he added.