The question arises, what is the point of having any UN investigation, when this case shows it does not have the capacity to do one in any reasonable amount of time?

This makes news today because no evidence of Syrian involvement was found, but it will probably not change anyone’s mind if they have already formed an opinion. Passions replace memories in events like this.

Then again, if someone wanted bury an event, I cannot think of a better way to do so than with a 2600 page report.

What did the report cost to write up? Was it $100 million maybe? What else could that money be put to use in Lebanon with far great positive reward to their people?

Bottom line. This is too little, too late, at too high a price. It is quite an irony that this is released so soon after an attack on Lebanon, where its initial fertilizer bomb cover story lies in ashes all over the city, with data points indicating the detonation of a tactical nuclear weapon with a very short list of suspects.

VT enjoyed plowing through the information garbage strewn about by the mass media, which invests the least amount of analysis for the most clicks possible, it seems.

VT has the call out now in Lebanon to send us original HD video that can be screened at 30 frames per second from 1:30 before the first bomb hit until after the last device. The Lebanese are distracted now, but we will hope for the best… Jim W. Dean ]

An UN-backed tribunal says it has not been able to establish any link between a 2005 blast in Beirut that killed Lebanon’s former prime minister Rafiq Hariri and the Hezbollah resistance movement or the Syrian government.

The so-called Special Tribunal for Lebanon (SDL) read out a summary of the 2,600-page verdict at The Hague on Tuesday after trying for 15 years and spending some $1 billion to prove allegations of association between the explosion and the Lebanese resistance movement or Damascus.

“There is no evidence that the Hezbollah leadership had any involvement in Mr. Hariri’s murder and there is no direct evidence of Syrian involvement,” said Judge David Re.

Lebanon’s an-Nahar daily ran the headline, “International Justice Defeats Intimidation” even before the decision was announced, referring to extensive attempts by certain parties within and outside the country to implicate the resistance group in the crime.

Hezbollah’s Secretary-General Seyyed Hassan Nasrallah had also said on Friday that he was not concerned about the proceedings and that if any members of the resistance movement were claimed to be guilty, Hezbollah would stand by their innocence.

The tribunal, however, did not stop short of echoing those who have been trying to make the unfounded allegations against the resistance group and Damascus.

“The trial chamber is of the view that Syria and Hezbollah may have had motives to eliminate Mr. Hariri and his political allies,” the judge said.

Observers said the latter part of the verdict showed that the countries that forced the United Nations Security Council into forming the tribunal in the first place — based on unproven hypotheses, without any legal basis, and in violation of Lebanon’s sovereignty — were still influencing the verdicts that it issues.

Hezbollah — which has rejected the jurisdiction and independence of the court — has denied any link to or interest in the atrocity.

The group has invariably proven itself as a unifying factor in the country, including by forcing Israel into retreat in the occupying regime’s 2000 and 2006 wars on the country. 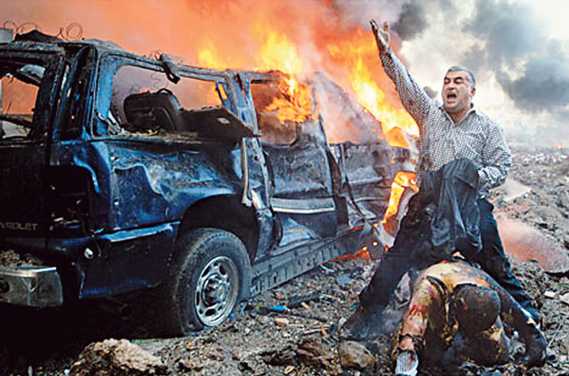 Israel’s Channel 1 once alleged an association between four people with alleged links to Hezbollah and the 2005 explosion.

The tribunal considered the allegations worthy of its consideration and convicted one of the four, whom it identified as “the main defendant.”

Even with regard to the four, lawyers appointed by the tribunal itself said there was no physical evidence linking them to the crime and that they had to be acquitted.

Hezbollah has condemned the tribunal for serving as an opportunity for Tel Aviv to achieve its “unachieved” goals in Lebanon.