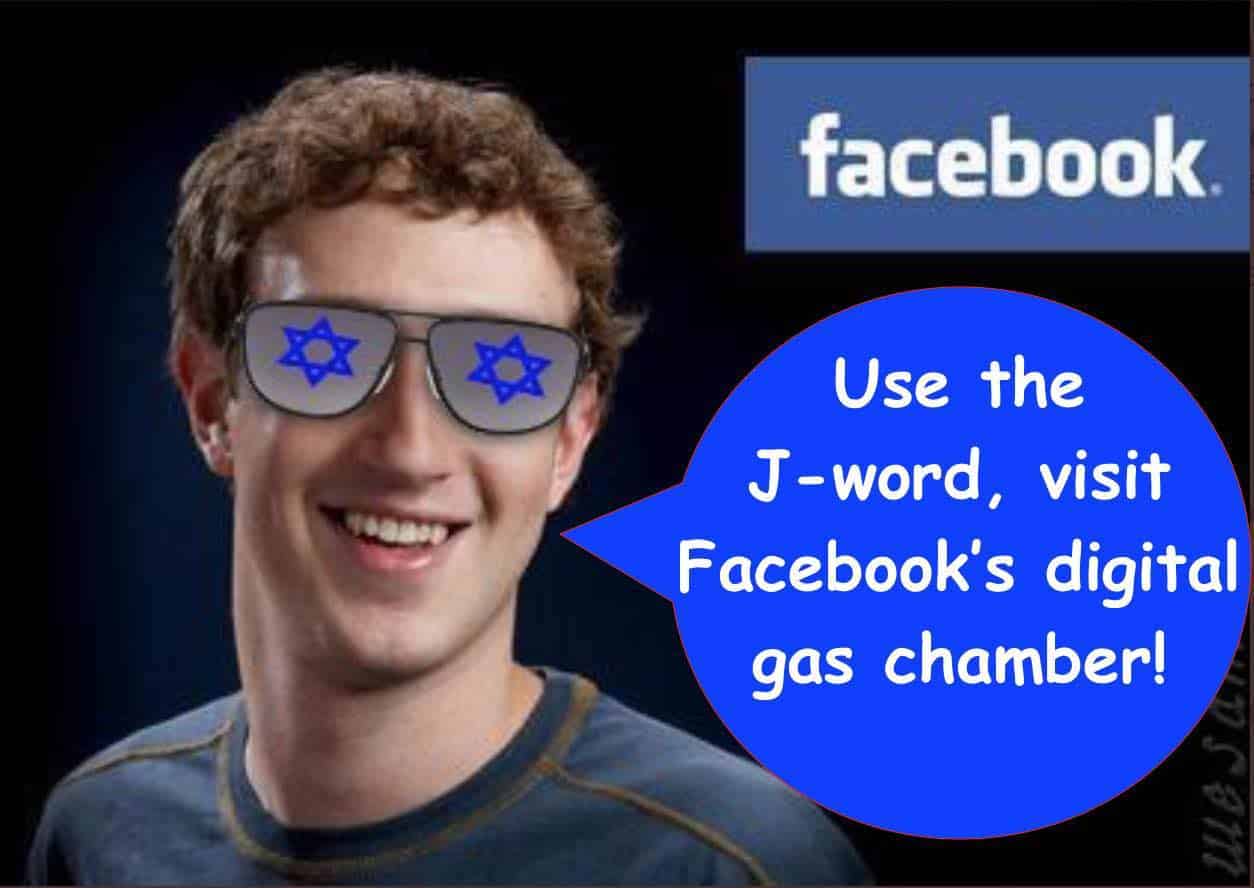 Facebook announced this morning that its ban on hate speech will be extended to include claims that a Jew owns and operates Facebook. Facebook CEO Mark Zuckerb*rg says he may extend the ban to include references to Jews who own and operate other big media companies and banks, and ultimately to any and all assertions that any Jewish person is a Jew.

“Calling a Jewish person a ‘Jew’ is an age-old anti-Semitic trope,” Zuckerb*rg explained at a press conference outside the $825 billion dollar personal synagogue he recently built next door to Facebook’s headquarters in San Francisco. “Throughout history, anti-Semites have consistently used the term ‘Jew’ as a hateful epithet, applying that label to victimize the world’s wealthiest and most powerful bankers and media executives. Such hate speech is unacceptable and will no longer be tolerated.”

Zuckerb*rg said that henceforth any Facebook post calling any J*w a J*w will be immediately removed. He added that anyone making reference to the ethnicity of Jeffrey Epste*in, Harvey Weinste*n, Benjamin Netany*hu, or any other disgusting human being who happens to be J*wish will be permanently banned from the platform. He said Facebook, Google, Twitter, Microsoft, Amazon, and Apple are jointly developing a new digital gassing and incineration app to permanently remove anti-Semites from cyberspace in what promises to be a final solution to the anti-Semitism problem.

Zuckerberg also called for the immediate real-world execution of Joel Ste*n, author of the hate screed “Who Runs Hollywood? C’mon!” and Phillip We*ss, author of “Do Jews Dominate in American Media? And So What If We Do?” The Facebook CEO of undetermined ethnicity also said that anyone mentioning the ethnicity of Ste*n and We*ss should likewise be executed, preferably in hydrogen cyanide gas chambers, and that anyone who ever calls any J*w a J*w deserves to join them.