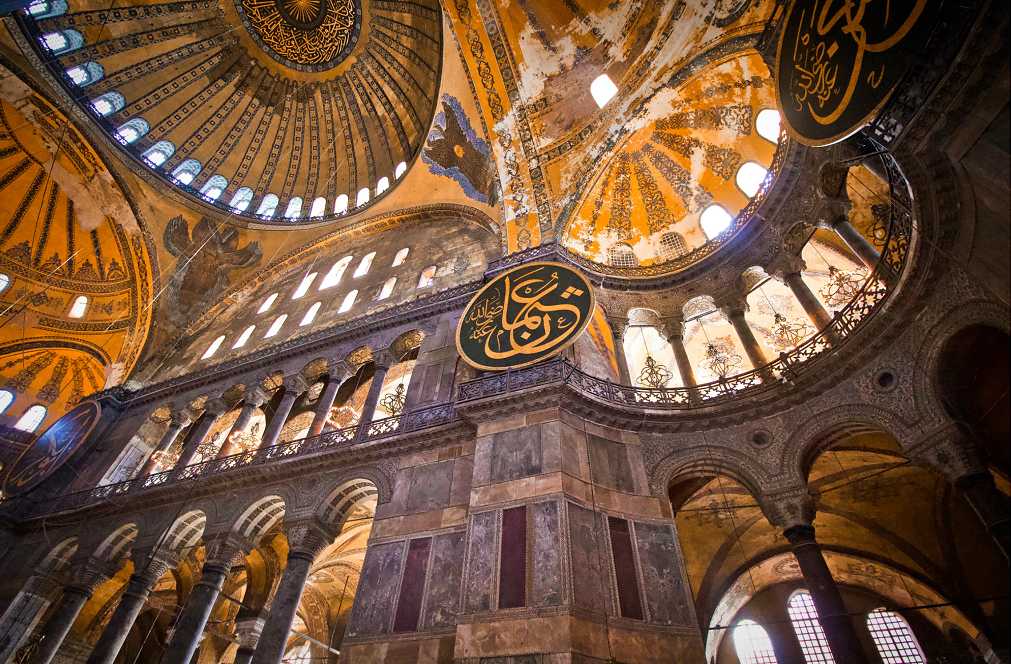 by Phil Butler, … with New Eastern Outlook, Moscow, …and the Institute of Oriental Studies of the Russian Academy of Sciences, a research institution for the study of the countries and cultures of Asia and North Africa.

[ Editor’s Note: Trump and Erdogan are both twisting dangerously in the wind politically. The Donald’s tactic of acting in a threatening manner and then flipping to “Let’s make a deal” has worn thin in the US and abroad.

Just ask North Korea’s Kim Jon-un. He recently asked his people to give up their dogs to provide dinner table protein.

It reminds me of how the US military in Vietnam, for budget reasons, did the same with our war dogs there. It was cheaper to sell them off to locals for dinner and save the transportation costs home.

Erdogan has followed in Trump’s shoes by copying his ‘bull in a china closet’ routine as a way to play king of the hill and demand concessions. Erdogan is overextended in fighting the Kurds on two flanks, with occupations inside Syria and Libya.

He is vulnerable, and you can bet your booties that more than Libya, Syria, and Greece would like to see him taken down a notch. If the military had not been gutted after the coup, Erdo would have been toast, which he knew, so he struck first.

He has Russia over the barrel now with the gas pipeline investment, owing Moscow for the S-400s bought on credit, the second Balkans pipeline stalled due to lack of demand, the Belarus flank now in NATO’s crosshairs, and Russian forces fighting in Syria and Libya.

This is the kind of situation where big mistakes are made that make the situation worse, and where the last refuge for semi-petty tyrants is often war …Jim W. Dean ]

September 2nd, 2019, Turkey’s President Recep Tayyip Erdogan lays claim to roughly half of the Aegean Sea in what has been dubbed “Turkey’s Blue Homeland.” In November the Turkish president went a step further in an appeal to the United Nations for Exclusive Economic Zones in the Eastern Mediterranean.

He ended that month with a deal with Libya’s Fayez al-Sarraj that essentially struck Crete island off the world map. Most experts agree the Turkish president is maneuvering for some kind of deal, but just what kind?

Late last year, the Turkish leader had his emissaries express Turkey’s intentions to start awarding licenses to drill for natural gas in Greek waters as part of the Turkey-GNA deal.

On 20th January 2020, Erdogan challenged the rights of Crete, Greece’s biggest island, on whether or not continental shelf rights apply. In his next move, Erdogan signaled the Turkish Petroleum Corporation (TPAO) to apply to the Turkish Ministry of Energy for exploration permits on the Greek continental shelf, just 6 miles off Crete, Karpathos, and Rhodes.

Here on Crete, the people speak of war now. These Cretans are very friendly and peaceful people, but history has shown they are not to be trifled with. The storekeeper and the baker across the street from our office discuss that Greece needs to sink a few Turkish ships to get Erdogan to reset his thinking.

My friend Stellios says, “Erdogan needs money, this is what is behind his aggressiveness.” Then, like most Cretans these days, his intuition reaches to American President Donald Trump. The baker Akis says intuitively; “Trump isn’t helping because he and Erdogan are friends out for the same gain.” And there you have it, the Heraklion taxi driver has a better view of geo-policy than most European Commission officials.

A few weeks ago President Erdogan proudly announced the transformation of Istanbul’s Byzantine masterpiece Hagia Sophia into a mosque. Key critics say Turkey has embarked on a territorial and cultural war now, and few disagree.

Two days ago Turkey established a new base in the area of Jabal Al-Akrad near the northern city of Latakia in Syria in the latest escalation in violation of the Turkish-Russian agreement that was aimed at resolving the conflict there.

This week Greece’s Prime Minister Kyriakos Mitsotakis gave thanks to French President Emmanuel Macron for boosting the French naval presence in the eastern Mediterranean in support of the Greeks.

The Turkish energy exploration ship Oruc Reis is reportedly skirting Greek waters sporting a flotilla of Turkish naval escorts, which has taken the situation to a new level. Greece’s Mitsotakis was cited by AP saying:

“We will never be the ones to escalate the situation. Yet, self-restraint is only one aspect of our power. No provocation will … go unanswered. We have demonstrated that we will respond, if necessary. And we will do so again if it is required.”

Greek warships and planes are now shadowing the Turkish squadron sailing the seas in between Cyprus and Crete. Meanwhile, the Trump administration seems to be “betting” on a different bid for the outcome of the dispute.

The Financial Times reported, interestingly, that President Macron’s support is “stoking Turkey tensions”, given that FT is considered the most important business read in the world, this means big energy and shares are boiling behind the Greece/Turkey divide.

The news outlet also put not one, but five reporters on their story. For a media analyst, this means there’s something huge behind all this. And standing in front is billionaire President Donald Trump, who the Greeks say is the most pro-Turkey president ever.

The situation is so bad that Greece has stooped to asking Israel to lobby Trump for assistance in the matter. Most Greeks see a redux of the 1974 Henry Kissinger betrayal where the US secretly backed Turkey in the Cyprus affair. For those unfamiliar, one day before a second invasion wave of Turkish forces on Cyprus in 1974, Secretary of State Henry Kissinger told President Gerald Ford:

“There is no American reason why the Turks ‘should not have one-third of Cyprus. We will make a statement today that will get the New York Times off our back, but we should not twist their arm.”

This betrayal of Greece despite the Greeks having been an ally of the United States in every war was only made known because the Hellenic American Leadership Council (HALC) published the National Security Adviser’s Memoranda of Conversation Collection at the Gerald R. Ford Presidential Library on their blog.

At the time Kissinger portrayed the Turks as nationalistic landgrabbers who would only negotiate once they seized what they wanted.

The former Secretary of State under Nixon and Ford then said that Turkey was more important to the United States than Greece because of the former’s potential to “create another Qadhafi.” The difference today is that Turkey already has someone in charge who is far worse than the deposed Libyan strongman. Now back to the real cause for Turkey’s emboldened moves.

Simon Tisdall at the Guardian said back in October that:

“Erdogan abuses his position. He harms his country. And, He is still in office not because he is popular but because of the fear he instills and the power he crudely wields.”

The author also said that the Syria incursion by Turkey is a disaster the Turkish leader cannot outrun. According to Tisdall, the Erdogan-Trump betrayal of the Kurds hint at NATO and American partnerships are desert mirages now. And this is why Erdogan is emboldened. Either he’s self-assured Trump and NATO won’t act on his ruthless expansionism, or someone has assured him.

I believe the Trump administration has passed him a “thumbs up” for shaking up things in the eastern Mediterannean. And The Guardian editor was discussing Erdogan before COVID-19 played havoc on economies. Now, Trump, Erdogan, and a laundry list of world leaders need a “win” under their belts to stay the staggering masses.

While every other economy on Earth is smacked down over the pandemic, the Turkish leader insists Turkey’s economy is not just okay, it’s “soaring” to new heights. The reality is the opposite. Here’s what Chris Miller, the Eurasia director at the Foreign Policy Research Institute had to say about Erdogan’s covering up of the true Turkish economic situation:

“Turkey has so far succeeded in covering its budget deficit in a way that it is not visible to anyone, generating a false sense of stability, but the method cannot serve as more than a temporary cover-up of a looming disaster.”

Most other experts agree, which takes us back to our local Crete taxi driver, butcher, baker, or olive tree wood candlestick maker. The Turkish leader needs an economic windfall or a war, or he’s going to be ousted. The recent decline in the lira against the dollar is a key indicator that Miller’s assessment is correct.

Turkey has taken advantage of cheap loans from the US and others to float the economy, but now those loans are coming due. It seems clear the Turkish president is aiming to negotiate forgiveness, a better deal, or to instigate a war that will render normal detente and banking null and void. Erdogan and Trump need money, to be sure.

Phil Butler is a policy investigator and analyst, a political scientist and expert on Eastern Europe, he’s an author of the recent bestseller “Putin’s Praetorians” and other books. He writes exclusively for the online magazine “New Eastern Outlook.”