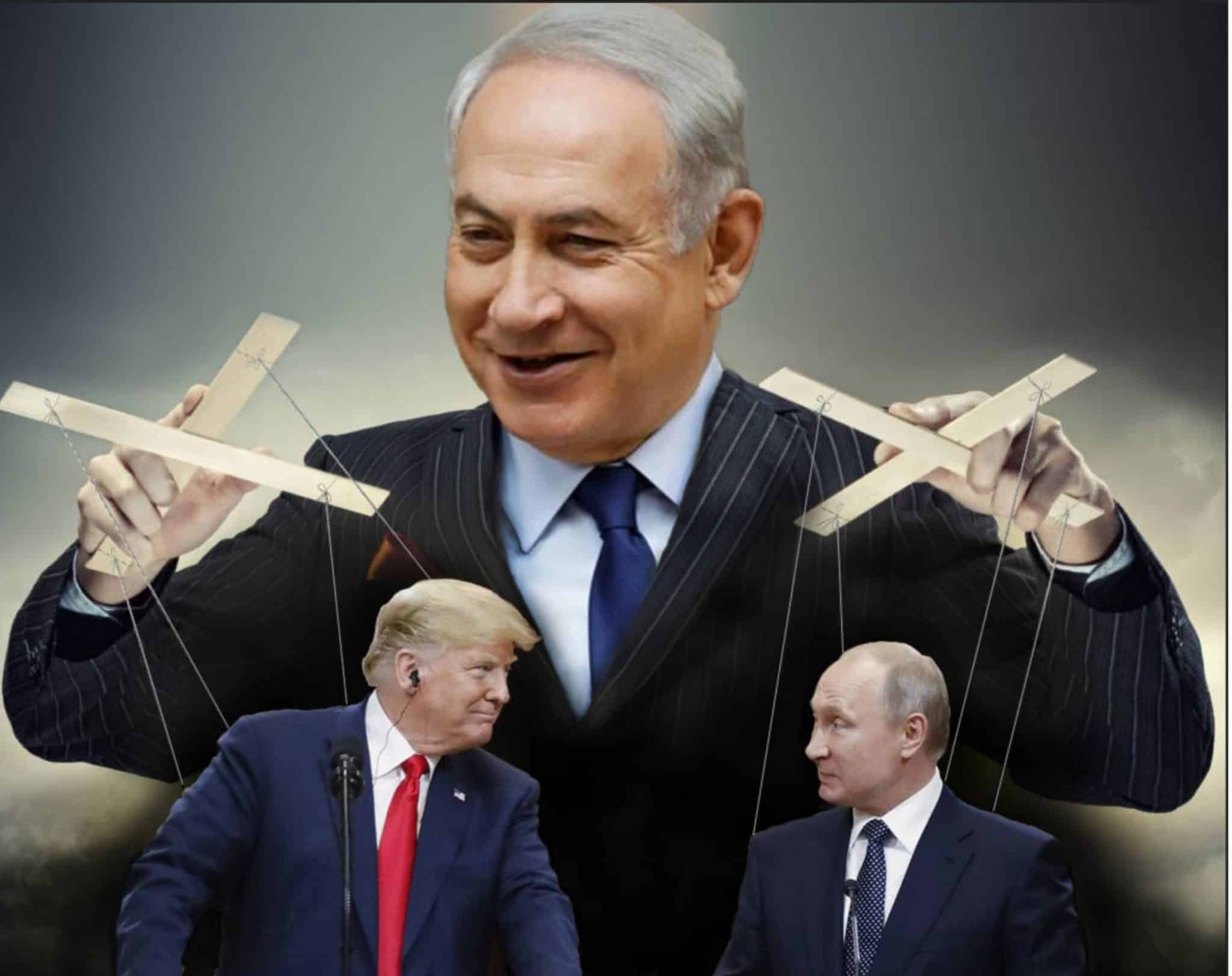 VT: The report below is an intercept from Germany’s Federal Intelligence Service, translated by Arabic.  There is no editing or alterations.  This is “Eyes Only/Q”  Russian intelligence was given this report last night.

The question, we know Trump is compromised, seemingly by Russia but we believe, something we are considered “the experts on worldwide” by an international criminal conspiracy that also either controls or hinders the Russian government as well.

Universally Trump is seen as a puppet of organized crime by every national intelligence service.

* For information in Germany, an extremely dangerous and secret report was revealed during the past few hours by the Federal Intelligence Service. * * German (Bundesnachrichtendienst), BND.

That there is a list of a number of influential and active Arab sheikhs, dignitaries and leaders, especially from the Bakara clan, Al-Nasser, Al-Sabkha, Jabour, and Bedouins, who will be liquidated according to a blacklist worked on by * the Zionist Mossad * in coordination with * the American Central Intelligence Agency * * and the US Central Forces * and by using some Kurdish agents in the Al-Jazeera region With the knowledge of some * senior Qasd militia officials *

* And between the report *

The ultimate goal of the liquidation operations is to get rid of all social and national symbols in the region that are influencing now or in the future on some of the decisions that will be taken in the region through * the administration of the Zionist Kurdish autonomy * especially with regard to oil _ the separation of the Kurds with Kurdish Zionist autonomy as it is. In northern Iraq and other

* proposed educational curricula * and what is related * to the Islamic religion * on the subject * the constitution of the region *, and some matters related * to women *, and that the presence of these people may hinder the matter and will not agree on many of the matters agreed upon by the terrorist Mazloum Abdi in His visit in 2019 and his meeting with the terrorist US President Trump.

To think carefully and carefully about the reactions that have been issued and will be issued by the people of the region and directing them to cross-cutting accusations of the Qasd militia, # Turkey, # and other ISIS militias and the so-called military, and he indicated that the chaos in the accusations and the angry and even armed reactions may result in deaths on all sides, especially militias. The Qasd and the tribesmen,

* But after several days of tension and the inability of the Syrian government to turn the tide of tension or seize the opportunity to move the tribes against the militia of the SDF, the only winner in the result and after the calm and negotiations is the administration of the Zionist Kurdish autonomy for northern and eastern Syria, according to the report. *

To the very important meeting between * terrorist Mazloum Abdi and US President’s terrorist envoy Geoffrey * as well as his meeting with * the terrorist, commander of the Central Forces in North and East Syria, the terrorist MacKenzie * a few months ago in northern Syria, and to * the phone call between Trump and Abdi – * Monday, October 14, 2019, 10:55 pm GMT, which was revealed by * terrorist Mike Pence, US Vice President *, and in which the envoy confirmed * terrorist Jeffrey *

On the ability of the International Zionist-American Coalition to dismiss the assassinations to a * party affiliated with the Syrian intelligence * and accuse it of being responsible for the assassination, through * witnesses imprisoned by the Qasd militia or the American Zionist coalition *, which gives * the Qasd militias * more empowerment The land * and incitement to refuse to cooperate with the Damascus government and to not welcome the return to the motherland. *

Until the Arab sheikhs rejected the Zionist Kurdish education curricula, it is the starting point for the liquidation and assassination of the most prominent figures, and the leadership of the Qasd militia should receive the sheikhs and dignitaries and absorb their anger and the blood flow of people for revenge and fulfil their demands as much as possible * until the liquidation of the most prominent clan sheikhs * and then * showing artificial sheikhs and weak dignitaries consumed by fear for Their lives and interests * and then * they will not * object to any future decisions related to oil, the future of the region, its Kurdish Zionist secession and its occupation of American Zionists. *

* This report did not mention the names of those targeted in the blacklist. * However, it indicated that each period has presented a personal influential in the people and has clear positions on the future of the region, especially in the north and east of Deir Ezzor, then Hasaka and then Raqqa, which is indicated that there are no sheikhs in it who have an influential weight in the future The region is like the rest of the island. * The report confirmed *
Until every * prominent opponent of the Syrian oil investment deal a few days ago by the American company “Delta Crescent Energy” * will be held accountable for that, “saying:” The agreement took more time than expected due to some, and they will be held accountable as part of its implementation. right now”.

The report went on.

On the issue of Syrian oil and Obama’s decision in 2012, “A decision issued by the terrorist US President Donald Trump on October 6 stipulated that a number of occupied American forces remain to protect Syrian oil and prevent ISIS members from benefiting from the hundreds of wells scattered in The desert of the eastern countryside of Deir Ezzor, * In addition to * fields in the Syrian Jazeera, *

Where the occupying American forces prevent their Russian counterparts from

Access to it, not to mention the Syrian government forces and their allies, who are near the Euphrates River in eastern Syria.

* According to the author of the report *

That the US presidential decision removed * the legal and political barrier *
In front of * the US Treasury and the OFAC office * to bypass the penal code imposed on Syrian oil, and that despite the fact that a number of American oil companies have submitted applications to obtain investment in the areas controlled by the “SDF” militias, the company “Delta Crescent Energy” * which She has experience in the fields of the region.

That the sanitized Kurds will work for the demographic change of the region, change its features, sell its Arab antiquities, deport some Arab residents from one region to another, settle the Kurds, and acquire real estate and land from the Arabs, and prevent those who leave outside the island’s lands from disposing of their property if they do not return to it in an urgent way and by an American Zionist decision * and the explanation of the report * At length, the SDF militia will not give up an inch to the Syrian state now, and likewise, the issue of the three dams on the Euphrates is a red line.

Royal Geographical Society map in the U.S. Library of Congress