US knocked over the head by allies, as it tries to snap back Iran sanctions

[ Editor’s Note: The Trump team is going down swinging, under their illusion that rejection of United Nations protocols or obligations is something that others have to adhere to, but not the ‘great’ United States.

The Trump insanity seems to have fully taken over Pompeo, that whatever comes out of his mouth is straight from Mount Olympus and not subject for debate. Europe is finally showing signs that standing up to this now will have a lower damage cost than letting it drag on.

It finally took the US playing this “even if I left the deal, I can still be in it if I want, to trigger sanctions against Iran” silliness for Britain, France, and Germany to say ‘enough is enough’.

And you can be sure they will be interfering in the US election, in whatever way they can, so as not to have to deal with Trump and Pompeo anymore, whatever the cost, because the cost of dealing with them for four more years is worse for our allies.

I still can’t get out of my head that there must be a lot of secret crack-smoking going on inside Washington for this to have gone on as long as it has. Historically, even the most corrupt officials have never considered hari-kari as a solution for getting what they want politically.

But there is a bright spot with Israel, the country that has anointed itself permission to the holocaust the Palestinians, to hang in there with Trump and gang. Who knows, if Trump loses, maybe he will emigrate to Israel, get honorary citizenship, and become a Likud so he can continue to have fun wrecking people’s lives.

Maybe we could make Israel’s taking Trump a retroactive requirement to getting its US aid? … Jim W. Dean ] 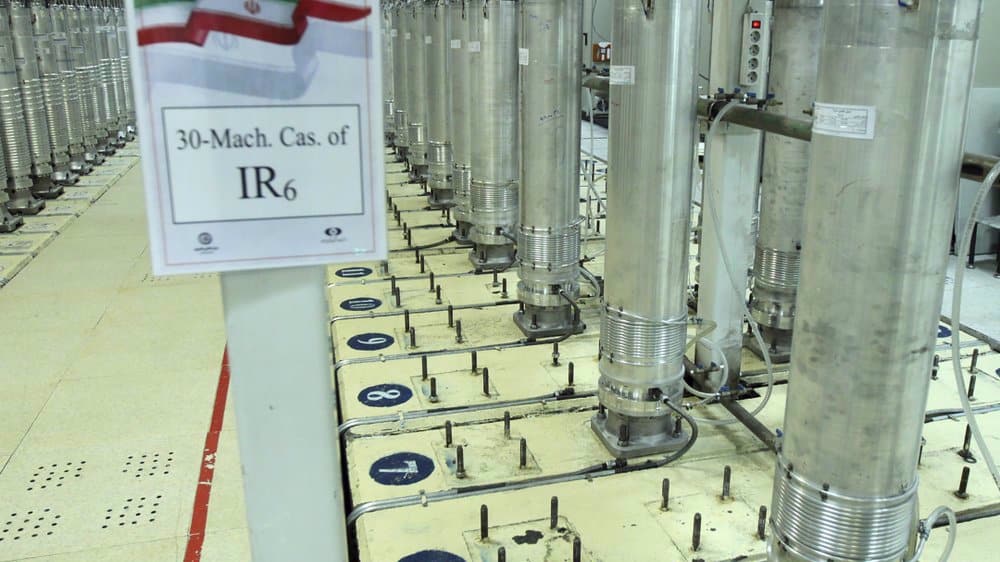 The United States’ most prominent Western allies refuse to fall into step with its push to snap back the United Nations sanctions against Iran.

On Thursday, the United Kingdom, France, and Germany said they could not support the US move, describing the action as incompatible with efforts to support the Iran nuclear deal, Reuters reported.

The trio announced their position in a statement in response to an illegal US push to invoke the mechanism in the nuclear deal that would restore all of the UN sanctions against the Islamic Republic, whose related resolutions were annulled after the agreement was concluded.

The nuclear accord was made between the Islamic Republic and the P5+1 group of states — the US, the UK, France, Russia, and China plus Germany — in Vienna in July 2015.

The US left the accord, which is officially known as the Joint Comprehensive Plan of Action (JCPOA), in May 2018. The move, by extension, violated UN Security Council Resolution 2231 that endorses the JCPOA.

In order to lend a plausible aspect to its ongoing attacks on the JCPOA, including the attempt at the sanctions snapback, Washington has falsely been alleging that it is still “mentioned” as a JCPOA member in Resolution 2231.

Reacting to the Europeans’ put-down, US Secretary of State Mike Pompeo still hailed the US’s anti-Iran bid by saying, “No country but the United States has had the courage and conviction to put forward a resolution.”

Delivering the unilateral US approach its next blow was China’s UN mission that reminded that Washington had itself compromised all of its contractual rights under the nuclear deal.

Neither did a letter presented to the world body by Pompeo to trigger the snapback module qualify for the purpose it has been written for, the mission noted in a tweet.

The United States, as a nonparticipant to #JCPOA, is ineligible to demand the Security Council invoke the #snapback mechanism. US letter does not constitute the “notification” specified in #UNSCR2231 and shall not be deemed as a trigger of snapback. https://t.co/VRXKHWING7 pic.twitter.com/GfWvb5hrqn

Before Thursday’s snub, Washington was similarly defeated at the Security Council in an earlier attempt to prevent the expiry of an arms embargo against Iran that will expire in October under the JCPOA.

The European statement, however, urged Iran “to reverse all measures inconsistent with its nuclear commitments and return to full compliance without delay.”

Last May, the Islamic Republic began phased-out countermeasures against the US’s withdrawal from the nuclear accord and the refusal of the European partners of the deal to retain their business with Iran for fear of coming under American sanctions.

Tehran’s retaliation, however, has consistently fitted within the JCPOA that allows signatories to take reciprocal measures in the face of non-commitment by the other parties.

The Islamic Republic has, meanwhile, conditioned reversal of its countermeasures to the US’s return to the nuclear agreement, and the European trio’s resumption of their contractual obligations.

US to face another defeat at UNSC: Iran envoy

Attending a press conference at the world body’s headquarters in New York, Iran’s UN Ambassador Majid Takht Ravanchi said the country was certain that the US would face another defeat at the Security Council regarding the snapback push.

He reminded that the US push was lacking in all legal reasoning and that Washington was no longer being recognized across the international community as a party to the nuclear agreement.

Therefore, what the Americans allege in order to try and justify their bid amounts to falsification because they have lost the right to have any opinion about the deal.

By proposing the sanctions snapback, Washington is mocking the entirety of the United Nations’ membership, he said, adding that the pending failure would constitute a catastrophe for America’s statesmen.

Takht Ravanchi, who condemned the US for failing to treat the JCPOA in good faith, also said Washington’s push contradicted the UN Charter.

Deputy Foreign Minister Abbas Araqchi, who was part of the Iranian team negotiating the JCPOA, also weighed in, echoing Takht Ravanchi’s remarks, and expressing certainty that the Security Council would stand up to Washington.

US notification is incapable of having legal effect. Its null and void. None of the remaining JCPOA participants considers the notification as effective.
We trust the SC will not permit the US to abuse Res 2231 to achieve its stated objective of destroying that very resolution.

So far, Israel has been the sole supporter of the US in its bid against Iran, with the occupying regime’s Prime Minister Benjamin Netanyahu calling the move “the right decision.”

Many reports have revealed how it was Israel and others’ pressure in the first place that proved instrumental in Washington’s departure from the nuclear deal.