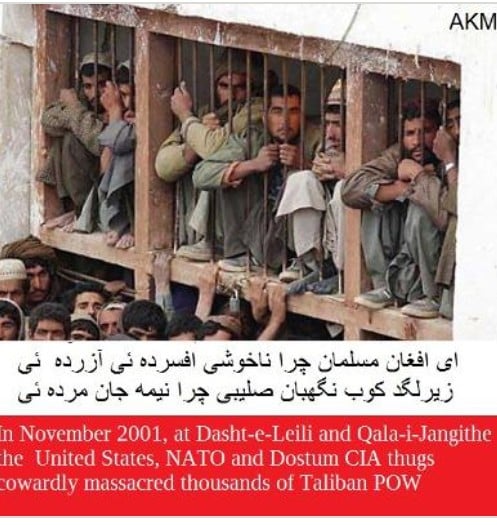 Since the US special envoy for Afghan Reconciliation Zalmay Khalilzad started his efforts to convince the Taliban to have direct talks with the US, he admitted that Pakistan have been playing a major role, as Islamabad succeeded in bringing the Taliban to the negotiating Table. Zalmay Khalilzad who, repeatedly, visited Pakistan and met country’s civil and military leadership admired Pakistan’s role in the US-Taliban peace dialogue.

It was because of Pakistan’s major role that in Doha-the capital of Qatar on February 29, this year, the US and the Taliban signed the historical agreement for bringing peace to Afghanistan. The deal was signed by Zalmay Khalilzad and Taliban political chief Mullah Abdul Ghani Baradar with US Secretary of State Mike Pompeo as a witness.

Afterwards, Pompeo said: “To Afghanistan’s neighbours, including Pakistan, we thank you for your efforts in helping reach these historic agreements and make clear our expectation that you will continue to do your part to promote a peaceful and prosperous Afghanistan so that the country and region can reap the benefits of lasting peace.”

In his speech, Mullah Abdul Ghani Baradar also acknowledged Islamabad’s role in the peace deal and thanked Pakistan for “its efforts, work and assistance.”

In the agreement, it is committed that within the first 135 days, the US will reduce its forces in Afghanistan to 8,600 from the current 13,000, working with its other NATO allies to proportionally reduce the number of coalition forces over that period, while America would withdraw all forces from Afghanistan in 14 months. Implementing the agreement, America has started withdrawing its troops from Afghanistan.

The deal also provides for a prisoner swap. Some 5,000 Taliban prisoners and 1,000 Afghan security force prisoners would be exchanged by 10 March [2020], when talks between the Taliban and the Afghan government were due to start.

But, less than 24 hours after the US-Taliban agreement, the Afghan President Ashraf Ghani had rejected prisoner swap with Taliban and refused to release the Taliban prisoners.

In the end of March, this year, during his visit to Afghanistan, the US Secretary of State Pompeo warned Kabul about the US decision to cut $1 billion aid. Pompeo elaborated that the inability in Afghanistan had “harmed US-Afghan relations and, sadly, dishonours those Afghan, Americans, and coalition partners who have sacrificed their lives and treasure in the struggle to build a new future for this country.”

In a statement, Taliban spokesman Zabihullah Mujahed stated that the Taliban group was living up to its side of the agreement, and that it was willing to negotiate a countrywide cease-fire, including intra-Afghan talks, which had to begin within 10 days of the February 29 deal, but are still on hold because of the political bickering in Kabul.

However, due to American pressure, Ghani had released 550 detainees based on age factor. The Taliban had freed 60 prisoners.

Meanwhile, in response to the air attacks by the Afghan government and the US, the Taliban have carried out almost 2,804 terror assaults since the agreement was signed. However, Taliban have not attacked the US or NATO troops, as they already said. But, main purpose the attacks of the US-led Afghan regime ware to create an obstacle in implementation of the US-Taliban deal.

It is mentionable that Afghan President Ghani has used various pretexts and delaying tactics in completion of the US-Taliban agreement, including release of the Taliban prisoners. Sometimes, he availed the opportunity of coronavirus pandemic and sometimes, he refused to set free those Taliban, allegedly saying that they had been involved in human crimes.

Hence, from time to time, Washington pressurized the Afghan rulers and they started releasing the Taliban prisoners.

Under American duress, the Afghan government on August 16, this year freed the first 80 of a last group of 4,600 Taliban prisoners and so far, the Taliban has released around 1,000 detainees.

Earlier, in a video meeting on August 3, 2020, the US Secretary of State Pompeo discussed the state of the Afghanistan peace process. The discussions included the issue of Taliban prisoners whose release by the Afghan government-the Taliban were demanding, Suhail Shaheen, the Taliban spokesman in Doha said on Twitter.

It is regrettable that on the direction of India, in the recent past, Afghan President Ashraf Ghani accused Pakistan for terror attacks in Afghanistan.

In this connection, New Delhi and Kabul which want to prolong the stay of the US-led NATO troops in Afghanistan are exploiting the dual policy of America against Pakistan, China, Russia and Iran.

Afghan rulers think that in case, the US-led NATO forces withdraw from Afghanistan, their regime will fall like a house of cards owing to the assaults of the Taliban. Even, India would not be in a position to maintain its secret network in wake of the successful guerrilla warfare of the Taliban. So, both the countries want NATO’s permanent entanglement in the Afghan conflict.

Regarding Indian activities in Afghanistan the then NATO commander, Gen. McChrystal had pointed out: “Indian political and economic influence is increasing in Afghanistan…is likely to exacerbate regional tensions.”

And the US-Taliban peace deal is likely to render Indian proxy support against Pakistan ineffective. It will suit Indian designs, if Afghanistan does not move towards peace and keeps simmering.

In this regard, reliable sources as mentioned in Pakistan’s media on August 18, 2020 disclosed that Afghanistan-based the Tehreek-e-Taliban Pakistan (TTP) has merged with its splinter groups Jamat-ul-Ahrar (JuA) and Hizb-ul-Ahrar (HuA) in Afghanistan. Their sole objective is to restart terrorist activity against Pakistan, while simultaneously sabotaging efforts to restore peace and stability in its war-ravaged Afghanistan.

Afghanistan’s National Directorate of Security and India’s Research and Analysis Wing (RAW) played a key role in their reunification. The agreement, reportedly, designated Mufti Noor Wali as the amir (Chief) of TTP, making him responsible for all planned terrorist activities inside Pakistan and Afghanistan.

Pakistan’s concerns were supported in a recent report presented to the United Nations Security Council.

According to the UN report of July 26, 2020, “The banned Tehreek-e-Taliban Pakistan and its splinter group Jamaat-ul-Ahrar (JuA) continue to target Pakistan from their bases in Afghanistan…the leadership of TTP is also operating from Afghanistan, including Noor Wali Mehsud, supported by his deputy, Qari Amjad and TTP spokesperson Mohammad Khorasani, claiming responsibility for various high-profile attacks in Pakistan and has facilitated others by JuA and Lahskhar-e-Islam…the significant presence of ISIL-K (The Islamic State of Iraq and the Levant Khorasan) in Afghanistan”, which the UN warns “now pursues a global agenda.

In addition, the UN report warns of “a strong presence of ISIL-India in Kerala and Karnataka. ISIL-K considers Afghan territory a base for spreading terrorist influence across the wider region…The investigators found links between Indian nationals and terrorist attacks in Sri-Lanka. According to diplomatic sources, there is now pressure on India to curb the financing from ISIL-India to its affiliates in line with the FTAF recommendations to prevent terrorist financing”.

It is notable that female Afghan negotiator Fawzia Koofi of the country’s peace team, carrying out negotiations with the Taliban, was slightly injured in an attack by unidentified gunmen on August 16, this year. The incident came just days before Koofi and her team were expected to go Doha to begin another round of dialogue with the Taliban.

The Taliban have denied they were behind the attack, which came as the two sides prepared for talks.

NATO senior civilian representative Stefano Pontecorvo said, “Attack on Fawzia Koofi is yet another despicable attempt at silencing voices of those who advocate for peace and equal opportunities…NATO would continue to support the Afghan National Defense and Security Forces in the fight against terrorism”.

Earlier, a high-ranking Education Ministry employee Abdul Baqi Amin who previously participated in talks with Taliban in Doha was killed in a bomb blast in the Afghan capital Kabul on August 19, 2020. So far, no militant group claimed responsibility for the attack.

It clearly shows that collusion among terrorist outfits such as ISIS, TTP, NDS and their linked groups led by India and some afghan top officials who want to sabotage the US-Afghan deal for their selfish interests at the cost of Afghan people. Besides creating difference between Taliban and NATO, these entities are also providing the Afghan rulers opportunity to delay the Afghan peace process.

Notably, Pakistan’s Foreign Minister Shah Mahmood Qureshi met Zalmay Khalilzad at Islamabad on July 1, 2020 and warned that “Afghan peace process has entered into a crucial phase and there is a need to be cognizant of the elements that want to sabotage the peace efforts in Afghanistan”.

In the meeting, Qureshi reiterated Pakistan’s commitment “to continue to play its reconciliatory role in establishment of peace in Afghanistan with sincerity through collective responsibility.

He said that “Pakistan is ready to cooperate with regional and international stakeholders for enduring and peaceful political solution to the Afghan issue…the development of whole region depends on establishment of peace in Afghanistan…the agreement of all sides on intra-Afghan dialogue and announcement of negotiating teams is a good omen”.

Later in a statement, Foreign Minister Qureshi stated that India “has been continuously trying to destabilize Pakistan to divert attention from its own internal chaos” by adding: “India is interfering in Balochistan province of Pakistan at the same time it is also adversely affecting peace efforts in Afghanistan.”

So, Afghan people and the US-led Western major countries or NATO need to realize that Indian and Afghan governments which have sponsored trained and propagated all anti-Afghanistan and anti-Pakistan elements to destabilize both Afghanistan and Pakistan are attempting to disrupt Afghan peace process.