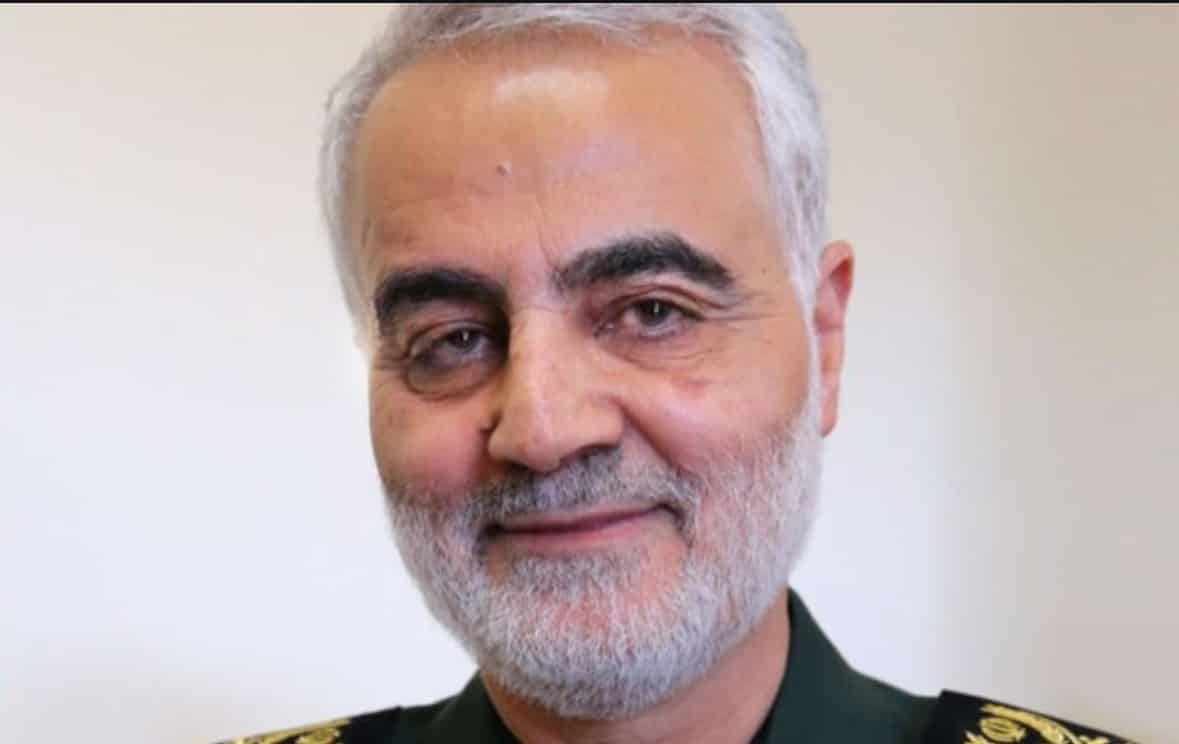 …by Nauman Sadiq for VT Islamabad

A joint American-Israeli program [1], involving a series of short-of-war clandestine strikes, aimed at taking out the most prominent generals of the Islamic Revolutionary Guards Corps (IRGC) and targeting Iran’s power stations, industrial infrastructure, and missile and nuclear facilities has been going on since early this year when commander of IRGC’s Quds Force General Qassem Soleimani was assassinated in a US airstrike at Baghdad airport on January 3.

As the US presidential race is heating up, the pace and sophistication of subversive attacks in Iran is picking up simultaneously.

Since June, “mysterious explosions” were reported at a missile and explosives storage facility at Parchin military base on June 26, at power stations in the cities of Shiraz and Ahvaz, a “mysterious fire” at Bushehr port on July 15 destroying seven ships, and a massive explosion at the Natanz nuclear site on July 2 that has reportedly set back Iran’s nuclear program by at least two years.

Besides whipping up nationalist sentiment among America’s conservative electorate on the eve of US presidential election slated for November, another purpose of the subversive attacks appears to be to avenge a string of audacious attacks mounted by Iran-backed forces against the US strategic interests in the Persian Gulf that brought the US and Iran to the brink of full-scale war in September last year.

In addition to planting limpet mines on oil tankers off the coast of the UAE in May last year and the subsequent downing of the US surveillance drone in the Persian Gulf by Iran, the brazen attack on the Abqaiq petroleum facility and the Khurais oil field in the Eastern Province of Saudi Arabia on September 14 was the third major attack in the Persian Gulf against the assets of Washington and its regional clients.

That the UAE had forewarning about imminent attacks is proved by the fact that weeks before the attacks, it recalled forces from Yemen battling the Houthi rebels and redeployed them to man the UAE’s territorial borders.

Nevertheless, a puerile prank like planting limpet mines on oil tankers can be overlooked but major provocations like downing a $200-million Global Hawk surveillance aircraft and mounting a drone and missile attack on the Abqaiq petroleum facility that crippled its oil-processing functions for weeks could have had serious repercussions.

The September 14 attack on the Abqaiq petroleum facility in eastern Saudi Arabia was an apocalypse for the global oil industry because it processes five million barrels crude oil per day, more than half of Saudi Arabia’s total oil production.

The subversive attack sent jitters across the global markets and the oil price surged 15%, the biggest spike witnessed in three decades since the First Gulf War when Saddam Hussein invaded Kuwait in 1990, though the oil price was eased within days after industrialized nations released their strategic oil reserves.

Not surprisingly, more than 35,000 American troops have currently been deployed in the military bases and aircraft carriers in the oil-rich Persian Gulf in accordance with the Carter Doctrine of 1980, which states:

“Let our position be absolutely clear: an attempt by any outside force to gain control of the Persian Gulf region will be regarded as an assault on the vital interests of the United States of America, and such an assault will be repelled by any means necessary, including military force.”

It bears mentioning that alongside deploying several thousand American troops, additional aircraft squadrons and Patriot missile batteries in Saudi Arabia in the aftermath of the Abqaiq attack, several interventionist hawks in Washington invoked the Carter Doctrine as a ground for mounting retaliatory strikes against Iran.

The last year’s acts of subversion in the Persian Gulf should be viewed in the broader backdrop of the New Cold War that has begun after the Ukrainian crisis in 2014 when Russia occupied the Crimean peninsula and Washington imposed sanctions against Russia.

The Kremlin’s immediate response to the escalation by Washington was that it jumped into the fray in Syria in September 2015, after a clandestine visit to Moscow by General Qassem Soleimani, the commander of the IRGC’s Quds Force. When Russia deployed its forces and military hardware to Syria in September 2015, the militant proxies of Washington and its regional clients were on the verge of drawing a wedge between Damascus and the Alawite heartland of coastal Latakia, which could have led to the imminent downfall of the Assad government.

With the help of Russian air power, the Syrian government has since reclaimed most of Syria’s territory from the insurgents, excluding Idlib in the northwest occupied by the Turkish-backed militants and Deir al-Zor and the Kurdish-held areas in the east, thus inflicting a humiliating defeat on Washington and its regional clients.

Notwithstanding, following the brazen attack on the Abqaiq petroleum facility and the Khurais oil field in the Eastern Province of Saudi Arabia on September 14, orchestrated protests erupted in Iran-allied countries Lebanon and Iraq from October to December last year.

Lebanese American journalist Rania Khalek has documented for The Gray Zone [2] the US-backed political forces spearheaded the “color revolution” in Lebanon, where Iran-backed resistance group Hezbollah was part of the coalition government. Following the massive explosion at the Beirut Port on August 4 killing 180 people and wounding nearly 6,000, the shaky, six-month-long coalition government of Hassan al-Diab resigned on August 10.

Similarly, Iraq has been through the US occupation from 2003 to 2011 and is known to have US sympathizers in the Kurdish-held north and the Shia-majority south of the country, where the Western oil majors operate and dispense largesse among local chieftains of myriad clans and tribes.

Using the patronage network, the US successfully ousted former Prime Minister of Iraq Haider al-Abadi and appointed American stooge Mustafa al-Kadhimi in his stead in May. The purpose of destabilizing governments in Iran-allied countries obviously was to deter Iran from mounting subversive attacks in strategically important Persian Gulf.

Unlike Lebanon and Iraq, though, Iran itself is immune to foreign-backed political demonstrations as it does not have any imperialist collaborators on the ground, besides a fringe militant group Mujahideen-e-Khalq (MEK) funded by the US, France and Israel, though it did witness large-scale protests in November last year.

The proximate cause of the November 15 protests in Iran was steep rise in petrol prices by the Rouhani government, dubbed as “sabotage” by Supreme Leader Ayatollah Khamenei. The worst-hit region was Khuzestan province in southwest Iran which is home to large Arab minority known to have grievances against Tehran and susceptible to infiltration by imperialist stooges.

Finally, a word about the venerated commander of IRGC’s Quds Force General Qassem Soleimani who was assassinated in a US airstrike at Baghdad airport on January 3. Soleimani was the trusted lieutenant of Iran’s Supreme Leader Ayatollah Khamenei and the main liaison with Russia.

Not only did he instigate Russia to strike at Washington’s Achilles heel in Syria’s proxy war but he was also the main architect of the audacious September 14 attacks at Abqaiq petroleum facility and the Khurais oil field in the oil-rich Eastern Province of Saudi Arabia.

Alongside deploying several thousand American troops and additional aircraft squadrons and Patriot missile batteries in Saudi Arabia in the aftermath of the Abqaiq attack, Washington also took out its most fearsome nemesis General Soleimani in January, and now it can freely stage subversive attacks in Iran and allied countries without the fear of reprisals.

It’s pertinent to note that Trump initially rejected [3] the Pentagon’s option to assassinate General Soleimani on December 28 due to the fear of full-scale confrontation with Iran, and authorized airstrikes on an Iran-backed militia group in Iraq instead.

But after the rocket attack at the US embassy in Baghdad by Iran-backed forces, Trump succumbed to pressure from the American deep state, led by the powerful national security bureaucracies of the Pentagon and the State Department, which had a score to settle with General Soleimani for giving the global power a bloody nose in Syria’s proxy war.

[1] Long-Planned and Bigger Than Thought: Strike on Iran’s Nuclear Program: