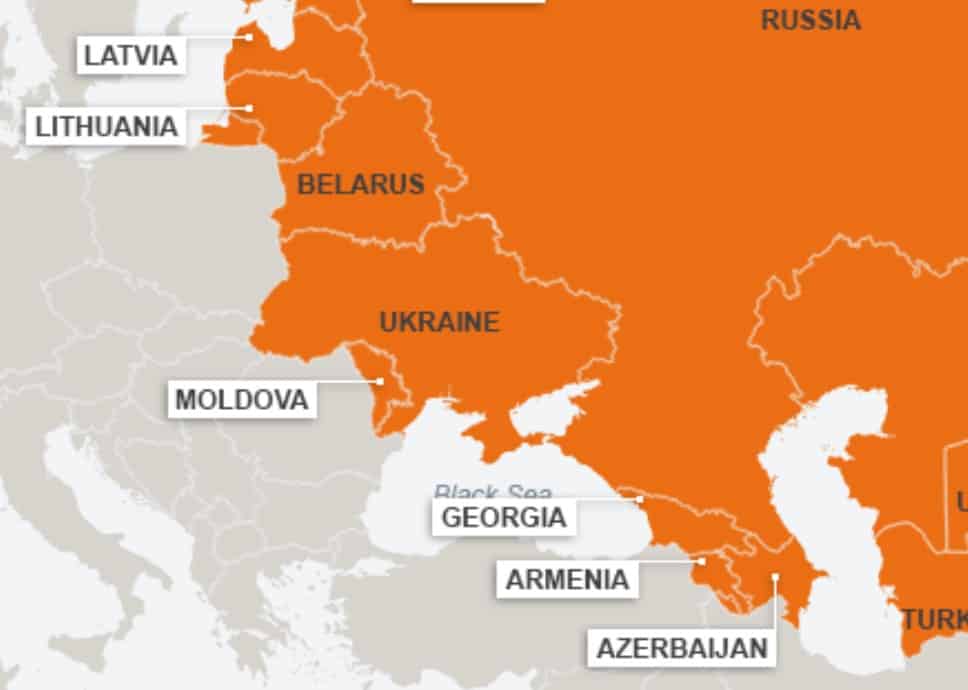 It is not difficult to understand what is going on in Belarus, especially having watched from a front-row seat to events in Georgia in 1991, 2004, Rose Revolution and in 2008, and then seeing the same events repeat in Ukraine in 2014. One only needs to review the Domino Effect of post-Soviet countries and so-called popular regime change in the wake of the Arab Spring. There were no “spontaneous knee jerk” mass meetings in response to what was “most likely” less than a free and fair election.  Everything was planned, and like Georgia, with the help of outside influences, like NED, the so-called US-funded National Endowment for Democracy; it has little whatsoever to do with its claimed goals.

Belarus is more than a convenient distraction than actually newsworthy; it is an outpost of a system running on autopilot, right smack in the middle of Europe.  However, the location is great, especially to “pick up” where the US left off, in Ukraine, and especially if Joe Biden gets elected in November.  And if that happens, Georgians can expect another conflict with Russia or more aggressive efforts to bring about a change in the current government, in both instances,  it will be operated and funded by outside forces; I am talking about the US and the West.

Thus, my analysis begins with the fact that Belarus & Russia are military allies, and this is not going to be a fake Color Revolution with Victoria Nuland passing out cookies, as she did in Ukraine.  A non-NATO-controlled or manipulated Belarus is absolutely essential for Russia’s security. We should also ponder upon the timing of this fanfare over a less-than-a-fair and free election. Just look around and you can see  that countries like Turkey, Azerbaijan, and Georgia, also have dismal human rights record, reports of unfair elections, and the now low level of democracy. Nothing is said by the West, at least directly, and blind eyes are turned (and even tightly shut).

For now, Belarus is like a chicken with a speck of blood, and other chickens will take notice it and begin to peck it, and if not stopped, they will peck it to death.

During pre-election period in Georgia, The Georgian Dream retains its position as the strongest contender, however, the US government is now working very hard, (with the help of new US Ambassador and US-funded NGOs) to overthrow this government.

Certain powers in the US, not Donald Trump, want to replace the Georgian Dream, as this party and its leadership have too much of a balanced foreign policy between Russia and the US/NATO. The US is too closely connected with the leftovers of the UNM. Such a cozy relationship presents a National Security Threat; and so much so, it could threaten Statehood and the very continued existence of Georgia as an independent country.

Which one would support USA 3. Saakashvili- Giorgi Vashadze. saakashvili admitted vashadze could be good prime-minister, after that he also said : he could be good but now he supports the dark side. 4 Russia and USA impacts on georgian elections

There is no multi-party democracy in Georgia, as they are basically all one gang, out for themselves, and these new parities are calling themselves different, mostly to distance themselves from the shadow and bad smell of Saakashvili and his minions.  And if the former president will say that Vashadze would make a good PM, this means he is a threat to Saakashvili and is Saakashvili is trying to give him a kiss of political death in the eyes of the West.

All those in the former government, Dreamers and UNM, directly or indirectly, and all other shades of political parties, need to get the hell out of politics. There is no future for this country as long as they “these parties” continue playing their selfish and greedy games. Let the new generation come alone, and let the old gang step aside and go to hell.

It would be good to buy them a one-way ticket to faraway places—and ensure they never come back.  The politicians that we know only too well will support anyone who would give them money—even the Chinese, Iranians or Turks.

What about your situation now that you will not be working with the Ministry of Education this year?

I will be able to devote more time to my writing and political investigations and start writing and give more detailed interviews. I got into trouble over my last statements about the newly-appointed US Ambassador, her dirty past, and actually why she was sent to Georgia. Also, I made some candid comments about the purpose of the Georgian president, being set up as a scapegoat. I told things that were too truthful, and the Ministry of Education got pressured as a result.

Some of my former graduate students have asked me to advise them in how to take control of the political situation in this country and to help get rid of all the political bastards that I have mentioned, and to do it themselves, and not with foreign or fake NGO assistance.

I think I may devote my attention to this, and reading, especially Georgian and Russian literature, as now I am living in a small village near Lagodkehi, farming, and enjoying my retirement years.  It is rewarding to be able to look at the world and Georgia with open eyes.  One must know how this country has managed to survive to understand the Georgian reality.  One thing I have learned, by living and seeing with my own eyes and based on my love of history, Georgia’s greatest enemies are within, and not from outside.

The current political class in this country is for the most part the enemy of the people. They are not reformers, not democrats, and not true Georgians.

It is interesting how the same players who were involved in Ukraine are now working to bring Freedom to Belarus. It is interesting to note how Georgian Facebook pages, such as Georgian Wanderers, which are a platform for organizing protests, get deleted in the name of going against Facebook’s community standards when information about a web seminar on the sociology of protests get shared, but posts from the Lithuanian Embassy, which has close ties to Poland are allowed to go unchallenged. It is not hard to line the ducks up, as adding to hysteria opens the door to capitalize on raw emotions for one’s vested interests.

The protests in Belarus are continuing, it is not a question of whether Lukashenko won, but the question is about “by what percentage”, While it may come as a surprise to most westerners, President Alexander Lukashenko has the situation only too well under control. It goes without saying, the usual suspects are back at work, trying to take advantage of the general dissatisfaction with the government, and the direction the country has been going towards for a while., However, there is no denying that the Lukashenko government has its obvious faults because of which some amount of discontent was brewing, but then that stands true for all governments. At the same time, the Lukashenko government still remains the only constructive political power in Belarus.

What’s noteworthy, according to some well-followed pundits, who share the name of the arch enemy in Orwell’s 1984, “is the high level of organization behind the protests that makes it exquisitely dubious for them to be “accidental” and homegrown. It is for this reason, and based on the previous track record of regime change, or efforts in that direction in other former Soviet Republics that President Alexander Lukashenko is right when he claims that “outside aggression had been committed against Belarus.”

There is little doubt that aggression is being carried out against Belarus, and besides the US State Department and NED in the shadows, by those who see an opportunity there – Lithuania, Latvia and Ukraine, under the guidance of Poland. This alliance has not been able to get much traction elsewhere, as in Georgia, for betting on the wrong horse as they did with Georgian president Saakashvili over the years. He proved to be much of a liability and “mental case.” It is for this reason this likely alliance sees Belarus as a way to get back in the game and get at Russian indirectly.

However, the EU and the Trump administration, as a matter of policy, are too preoccupied with other fires at present, and most of these being domestic, especially in the case of Germany and France. With the crackdown on the yellow vest in France, it is not an opportune time to be preaching “do what I say and not what I do.” Thus, few real players in the EU are interested or have the means to heat up this situation any hotter than it already is.

This leaves Poland as the proxy of US policy in Europe, and especially for poking the bear, and the point of the stick will be much sharper should the democrats get the White House back.

But can events be compared to a fruit vendor setting himself on fire out of protest over corruption in the market in Tunisia ten years ago? And even if successful, by Western Standards, what will be the short-term to immediate results for the people and the region? The same may come close to happening in the US after the November presidential elections. Let’s end with a joke that is popular in many former USSR countries, “why are there no revolutions in the USA, [punch line], as there are no American Embassies there.”