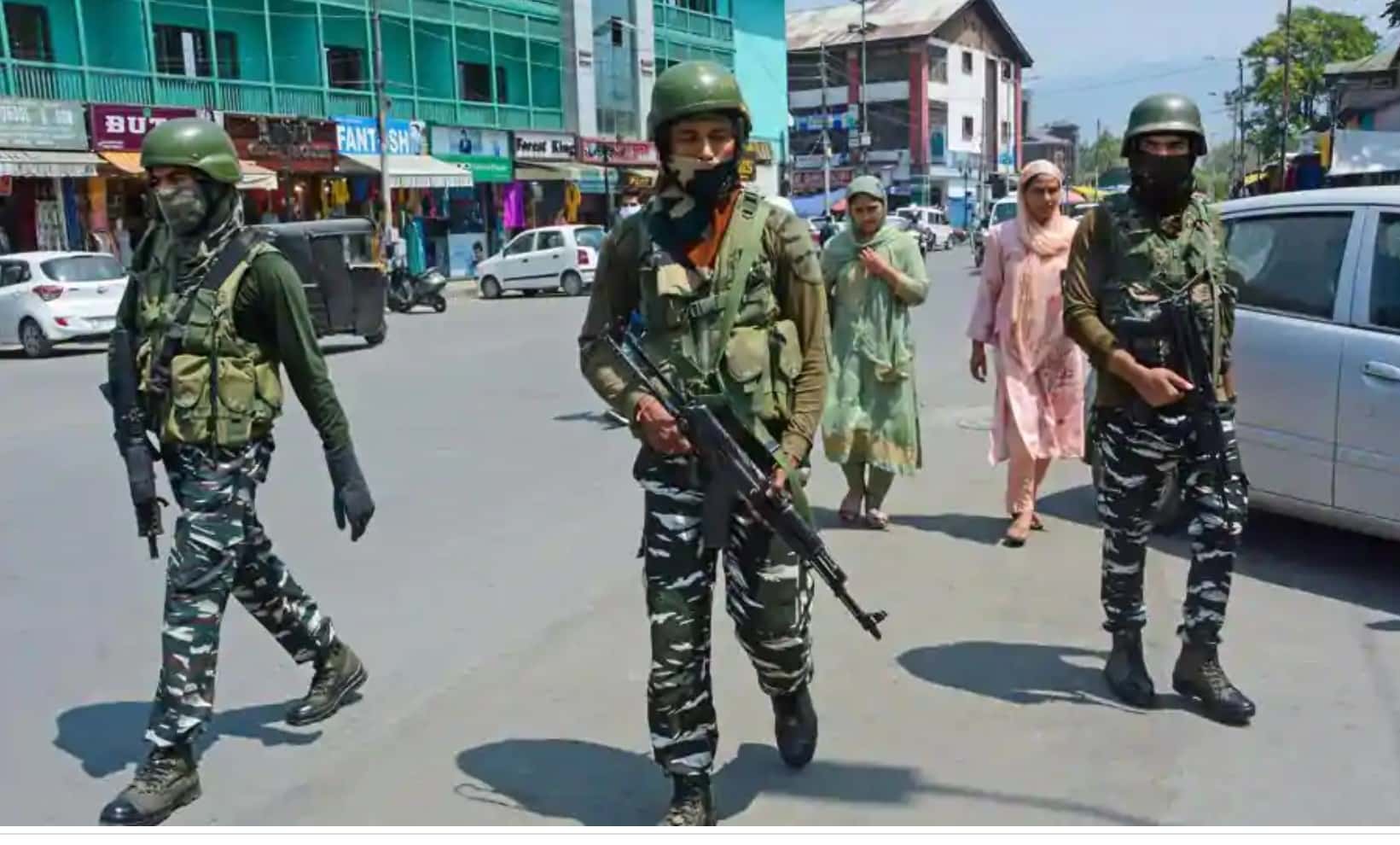 Particularly, since 1989, when Kashmiris accelerated war of liberation, Indian military and paramilitary troopers have martyred tens of thousands of the Kashmiris, including women and children through ruthless tactics such as firing of pallets and extrajudicial killings. Despite the employment of brutal tactics like curfews, illegal detentions, torture, kidnappings, rapes massacre, sieges, killing the persons in fake encounter etc. and the lockdown of more than one year, Kashmiris have been protesting for their genuine right of self-determination as recognized by the UNO-related resolutions. Indian forces’ cruelties have compelled the Kashmiri youngsters to pick arms and to target these merciless forces by sacrificing their lives. Hence, intermittent gunbattle between the freedom fighters and Indian military continues in various regions of the IOK.

In fact, present different war between the Indian occupying forces and the Kashmiri freedom fighters is simply a ‘clash of wills’ between the two entities. Military thinkers agree that although the physical force will determine the type and scale of war, yet it is the ‘will to fight’ or ‘moral force’ that determines the outcome of war. Clausewitz puts it this way, “One might say that the physical force seems little more than the wooden hilt, while moral factors are the precious metal, the real weapon”.

In his book, “Fighting Power: German and U.S. Army Performance, 1939-1945”, Creveld identifies the elements of moral force, whom he calls “fighting power, the willingness to fight and the readiness, if necessary, to die.” The greater these elements, the less vulnerable an armed force will be to demoralisation. Moral force, then, is the crucial factor in determining the combat power of any belligerent.

The ongoing different war between the Indian state terrorists and the Kashmiri people has proved that such elements like ‘will to fight’ and ‘moral force’ have been more noted in the latter who have exerted psychological impact of causing fear, shock, mental depression and stress, resulting into demoralisation of the Indian military and paramilitary troops.

In this regard, numerous cases of suicides among Indian troops—opening fire on themselves, on their colleagues through service rifle and several other tense reactions have been reported in connection with Indian security forces in the controlled territories of Kashmir.

In this respect, in the current year, quoting officials, Indian media and news agencies reported that a Central Reserve Police Force (CRPF) inspector M Damodar was critically injured on August 12, 2020, this year after he shot himself with his service rifle in the Shergari area.

Srinagar-based rights organisation Jammu Kashmir Coalition of Civil Society (JKCCS) also verified this report by further adding regarding the suicide cases: “Out of these cases, four were from the army, including two officers of major rank, two BSF soldiers and one CRPF trooper. In 2015…there were as many as eight cases of suicide by military, paramilitary and police forces. In 2014, there were 18 suicides of military and paramilitary forces and two incidents of fratricide, in which seven personnel were killed”.

In 2011, 15 people from the armed personnel committed suicide J&K and another nine were killed in fratricide incidents. In 2011, Lt. Col. Pankaj Jha shot himself, while Maj. Sobha Rani, Capt Sunit Kohli, Lt Sushmita Chatterjee and a number of other officers of the Indian army also did the same in one or the other way.

In the recent past, Indian army sources and a major told the BBC that “many soldiers are growing uncomfortable with their role in Kashmir, even fearing that they are effectively becoming an army of occupation…“We are fighting a legacy of political betrayal, rigging in local elections, cynical politics, bad governance, vested interests, religion and regional divides…we often sweep the stress in our ranks under the carpet”…”A senior police official says the main reason for fratricide and suicide among the armed forces is the rejection of leave applications of subordinates, especially during emergency situations back in their homes, while the higher-ranked officers and commandants themselves enjoy privileges and special benefits…You can imagine the state of mind under such circumstances.”

BCC further said: “Anshu Gupta, a psychiatric social worker writes that the rising incidents of suicide and fratricide is a matter of concern for the armed forces, adding that the condition is worse in the state of Jammu and Kashmir and in the northeast region…the main difficulties faced by the army personnel as loss of contact with friends and family, loss of an individual’s freedom, feeling lonely, being compared with counterparts, fear of death and getting wounded, and feeling guilty.”

Indian defence analysts and psychologists have indicated various causes of suicides and fratricides, found in the Indian military, paramilitary troops and police, stationed in the IOK. They have attributed these trends to “continuous work under extreme hostile conditions, perpetual threat to life and of course; the home sickness due to long separation from families.”

While other experts have opined that the growing stress in the Indian armed forces is owing to “low morale, bad service conditions, low pay and a communication gap with superiors.”

Retired Maj Gen Afsar Karim, who has fought three wars, remarks, “The stress may be high among soldiers…The army is involved in a tough long running internal security environment. There is lack of rest…soldiers get angry when they are denied leave and their officers themselves take time off. It triggers a reaction, while they are well armed and they take their own lives or those of their colleagues”.

In this connection, the Indian Col SK Sakhuja stated, “Soldiers kill each other when one of them perceives that they are being harassed by superiors or when they have heated arguments among themselves.”

Indian Parliamentary Standing Committee on Defence had remarked in its 31st report on “Stress management in the armed forces” in 2011 that the military establishment is not taking reports of suicides and fratricides seriously…the [these] “alarming trend is attributable to increased stress environment leading to psychological imbalance in the soldiers”.

Nevertheless, India has also hired the services of counselors, and stationed psychiatrists close to its troops especially in the occupied Kashmir in order to combat stress that has driven many soldiers to kill themselves or fellow soldiers.

Notably, exactly a year after the Indian government announced the abrogation of Article 370 as well as the bifurcation of the state of Jammu and Kashmir into two Union territories, Jammu and Kashmir Lieutenant Governor Girish Chandra Murmu resigned from his post. He also discussed prevailing security scenario with the Jammu and Kashmir: General Officer Commanding-in-Chief Northern Command, Lt Gen Y K Joshi.

Nonetheless, tendencies of suicides and fratricides are increasing in the Indian Held Kashmir. It is because of this fact that that Indian armed forces have been so demoralised by fighting with the freedom fighters that either they commit suicide or kill their own colleagues and seniors. They completely lack ‘will to fight’ or ‘moral force.’