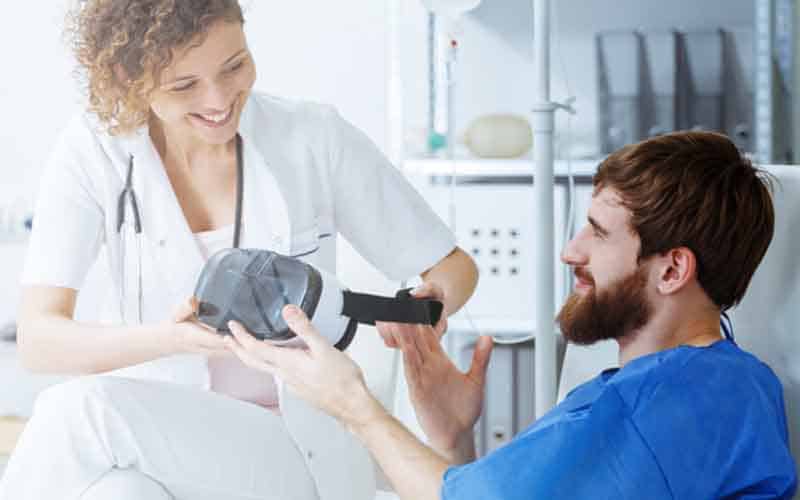 Although American veterans are not the core target for the digital industry, gamification can enter the realm of rehabilitation after service for those who need psychological treatment. Thus, it may be a time to define the winner of the McAfee versus Avast duel, secure your device and prepare to lend a hand to those who need it.

Over the last decade, VR proved to be helpful not only for entertainment purposes. Today virtual reality can be used to treat trauma and other mental disorders. European and American doctors consider it to be an excellent way to aid recovery. The technique is based on the patient’s immersion in a situation that causes panic, but only in cyberspace.

As practice shows, a positive effect has been achieved in treating diseases such as claustrophobia, fear of open spaces, and heights. Besides, significant progress has been made in treating phobias such as airplane flights, public speaking, post-traumatic stress disorder in war veterans, and autism in children.

Emory University School of Medicine conducted some studies on PTSD. Scientists have found that, by simulating in virtual reality, sensory triggers associated with trauma received during hostilities can be reduced within six months of treatment. The effect of virtual therapy is manifested in reducing the signs of the syndrome by 15-67%. Psious Inc., based in Barcelona, developed PTSD treatment. Experts can create various situations that cause panic: a feeling of flight, an audience full of listeners, an elevator car, a considerable number of insects, spiders, and others.

Naturally, re-traumatizing can be a challenge for veterans and other people who find it hard to encounter even their memories, yet, patients go through it with professional supervision. In this case, the program can be controlled by setting different parameters. There is a possibility of programming behavior: close attention to the speaker, nodding approval, or displeased shouts towards the speaker.

By creating virtual reality simulations, doctors can help patients confront situations that cause problems and a wholly manageable and safe environment. By using VR as part of a holistic therapeutic program, the patient will better manage their emotions and reactions. Clinical trials are already showing positive results in the treatment of PTSD using virtual reality.

Exposure therapy, which is to reproduce situations in which the patient is experiencing intense fear, occurs in stages. The psychiatrist creates a situation where there is no real danger. In the course of treatment, a reaction to the threat is developed, which the doctor seeks to consolidate as a habit.

In 2007, Cyberpsychology and Behavior published an article stating that this technique does not negatively affect patients. The study involved 150 people, of whom 3% did not dare to use the virtual treatment method, but 27% refused exposure therapy. The therapeutic technique has shown promising results in the treatment of children and adults with autism.

The development of adequate reactions and behavioral models was facilitated by the long-term practice of imitating social situations. The results of the studies proved the effectiveness of the treatment. The data was published based on Newcastle University research, where autistic children were treated for fear and anxiety.

At the moment, the technology is not available to everyone who wants to undergo treatment. Professional psychiatrists can only use it due to the crucial role of the therapists and the necessary training. The situation is the same for both Europe and the United States. The technical side of its use is straightforward: therapeutic VR simulations are downloaded as an application and run on a smartphone such as Samsung Gear-VR or Google Cardboard.

The reason for the limited distribution of the application is that the virtual tool would require certification, which is an expensive and time-consuming process. If a professional psychotherapist uses the technique, you do not need to be certified. Psious Inc. is also not going to mass-produce its gear but is considering a limited consumption option for some patients. As, for example, in the case of patients with severe agoraphobia. For such patients, a visit to a psychiatrist is tremendous stress. Therefore direct sales of devices to the consumer are possible.

Finally, digital space is a field of opportunities in treatment, as well, and it is in entertainment. However, veterans can get much more from familiarity with technology. Nonetheless, due to little digital space exposure, they are more prone to falling victims of hacker attacks. For that reason, decent protection via antivirus on a computer is a must.