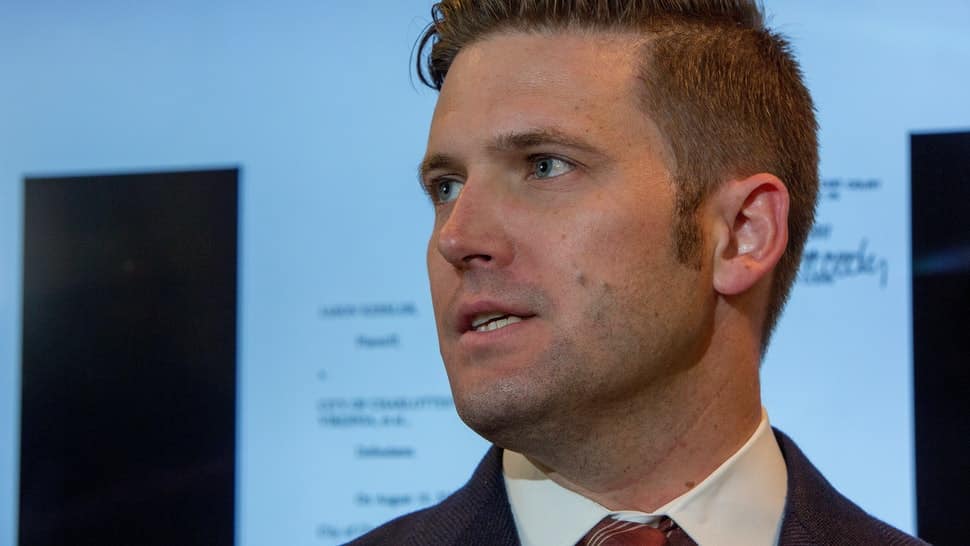 In my upcoming book on Kevin MacDonald, I’ll have a chapter on Richard Spencer and the failure of the entire Alt-Right movement. Spencer, who was one of the leading figures behind the Charlottesville debacle in 2017 and who famously shouted “hail Trump” at a conference right after Trump got elected as president, continues to astonish me because he seems to be changing his views ever so quickly. He has recently declared:

“I plan to vote for Biden and a straight democratic ticket. It’s not based on ‘accelerationism’ or anything like that; the liberals are clearly more competent people.”

The interesting thing is that Spencer said the opposite in 2016. He declared unequivocally then: “No matter what happens, I will be profoundly grateful to Donald Trump for the rest of my life.”[1]

When Trump turned out to be a complete disaster, particularly with respect to foreign policy, Spencer seemed to have disappeared from the media. He lamented: “The MAGA/Alt-Right moment is over. I made mistakes; Trump is an obvious disaster; but mainly the paradigm contained flaws that we now are able to perceive. And it needs to end. So be patient. We’ll have another day in the sun. We need to recover and return in a new form.”

Return in a new form? What does that mean? Is Spencer trying to redeem himself now? Is he attempting to resurrect an ideology from within the Democratic Party? Why does he seem to give up on the Alt-Right movement which he helped shape and perpetuate? Does he think that the movement itself is now existentially unlivable?

Well, Spencer doesn’t tell us. The only clue he has given us so far is this: “I will never flip on my fundamental principles. (My principles were never voting for the supposed ‘the lesser or two evils’ or ‘stopping big government.’ Walking into certain defeat, even death, is not heroic. It’s foolhardy. I have no sympathy for martyrs. I admire winners.”[2]

Perhaps Spencer is trying to make a comeback because he was caught red-handed saying vile and disgusting things which completely put his Alt-Right movement in a hot seat. Here is what someone you probably know actually said when he got maced in Charlottesville during the Unite the Right rally:

“My ancestors fucking enslaved those fucking pieces of fucking shit! They look up and see a face like mine looking down at them. I rule the fucking world! Those pieces of shit get ruled by people like me! We are going to destroy this fucking town!”[3]

Who uttered those words? Could it be a member of the Ku Klux Klan? A sociopath? A narcissist? A mentally disturbed person who cannot control his passion? Those statements, which were recorded by a reliable anonymous source and then leaked on YouTube and elsewhere by Milo Yiannopoulos, were made by Richard Spencer himself.[4]

There is more to Richard Spencer than meets the eye and ear. He has constantly physically abused his wife and told her to “kill yourself” and called her a “disgusting cunt.” “There was also the time he [Spencer] pushed her [Nina Kouprianova] into the stove when she was pregnant, she says. He would wake her up screaming at her, telling her to kill herself. She recorded hours of him screaming at her, some of which she transcribed and included in the affidavit.”[5]

Some of the text messages which Kouprianova said she exchanged with Spencer are completely horrible—so horrible in fact that some people would have believed that those messages came from the mind of a psychopath. Spencer must have gotten his philosophy about women from Nietzsche, who he said woke him up from his dogmatic slumber. “You could say I was red-pilled by Nietzsche,” said Spencer.[6] Nietzsche declared in Thus Spake Zarathustra: “Are you visiting women? Don’t forget your whip!”[7]

At one point, Spencer told Kouprianova that “suicide seems to be your best option. You’re deluded if you think I don’t hate you. Fuck yourself.” Spencer always markets himself as a charming person, but he is obviously a ravening wolf inside, waiting to apply an arguably Nietzschean ideology to his own wife. “The only language women understand is violence,” Spencer intoned.[8]

Kouprianova told one reporter that Spencer once pushed “her into the stove when she was pregnant, dragging her down the stairs by her arms. She [Kouprianova] plays me recordings of him screaming at her while the children sob in the background. Telling her he will ‘Fucking break [her] nose,’ telling her to go kill herself, to jump off a bridge.” There is more:

“‘Will your parents even go to your funeral?’ he taunts in one recording. I can hear the high-pitched sound of cartoons playing in the background ― the children are right there. In one recording, he wakes her up at 1 a.m. to repeatedly ask her what her problem is. ‘Let me sleep,’ she begs. ‘You are waking up the baby.’ ‘I would recommend that you murder yourself because you have nothing to offer the world,’ he says. ‘You are profoundly disgusting.’”

This is the man who was perpetuating a white ethno-state! The central questions one should ask are these: Isn’t Kouprianova of European descent? Isn’t she “white”? In his white-only ethno-state, where would Spencer put his wife, whom she also called “genetically defective” and “a parasite”[9]? Wouldn’t she be part of the people who suffer under Spencer’s “peaceful ethnic cleansing”[10]? If being white is a metaphysical identity, one which has moral essence and philosophical foundation, what is Richard to do with Kouprianova?

You see, Spencer and the people who see white as a fundamental identity are trapped in a topsy-turvy world, and this world represents the intellectual and philosophical death of the Alt-Right. This was one reason why the movement couldn’t hold on much longer. It died swiftly, even though some are trying to resurrect it.