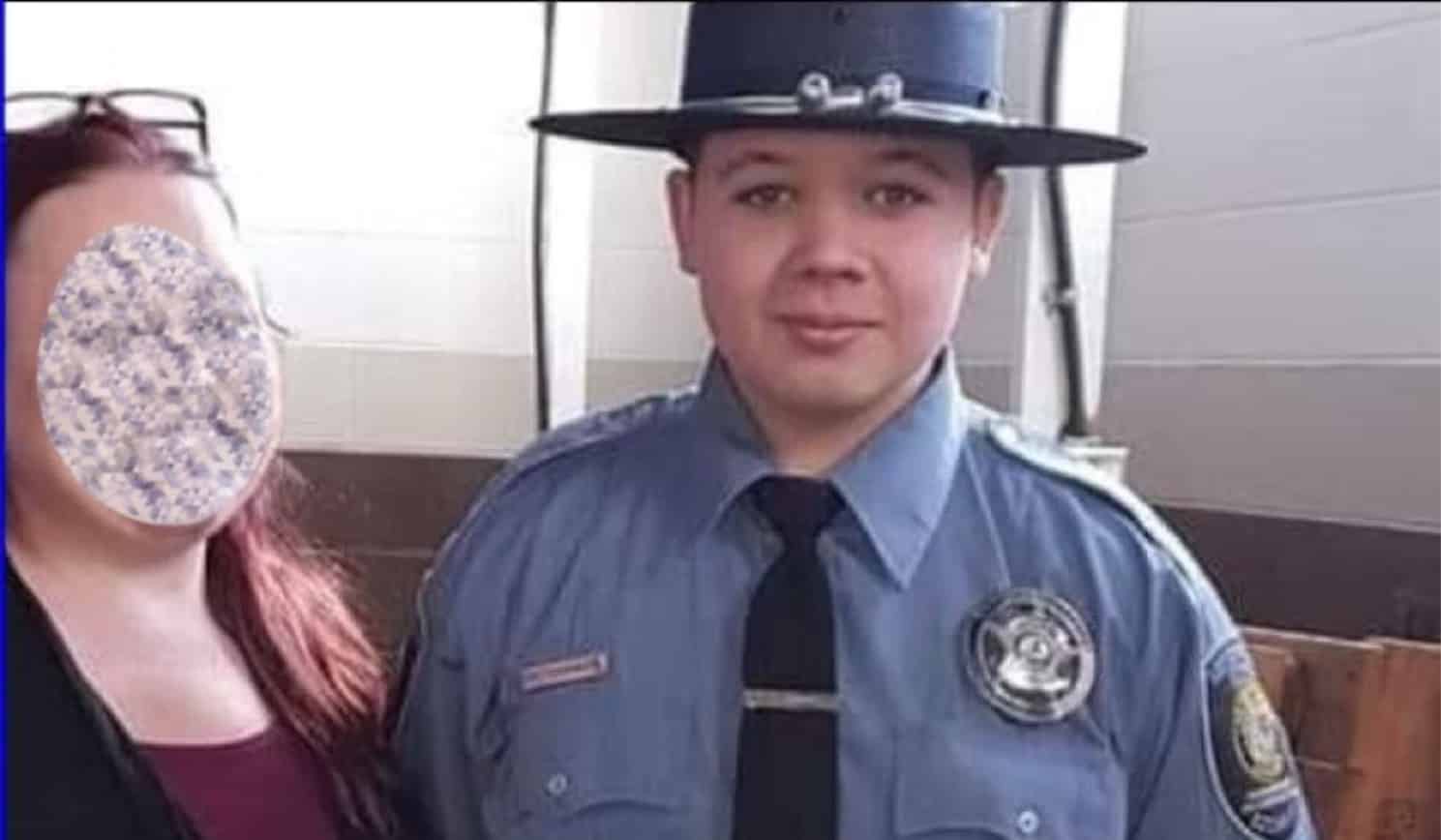 VT: Our sources on the scene say that Kyle Rittenhouse was a police cadet brought in by the Kenosha Police to confront BLM demonstrators.  Videos show police coordinating and supporting them, and it was this police cooperation with total morons that led to the violence.  Arrest update:

Suspect arrested after 2 are killed at Kenosha protest

KENOSHA, Wis. (AP) — Illinois police arrested a juvenile Wednesday after two people were shot to death in a possible vigilante attack during a protest in Kenosha over the police shooting of a Black man, Jacob Blake.

Commander Norman Johnson of the Antioch Police Department said the suspect — a young man whose name was not released because he is under 18 — was arrested on suspicion of first-degree intentional homicide. Police did not immediately release any other details.

Antioch is about 15 miles from Kenosha, which has seen three straight nights of unrest since Blake was wounded by police over the weekend.

Two people were killed Tuesday night in an attack carried out by a young white man who was caught on cellphone video opening fire in the middle of the street with a semi-automatic rifle.

“I just killed somebody,” he could be heard saying at one point during the shooting rampage that erupted just before midnight.

Sources say Rittenhouse, who is from the Chicago area town of Aurora (Aurora/Skokie), home to the Israeli police trainers deployed in Kenosha, Minneapolis and oddly tied to neo-Nazi militias. (yes but true)

Here, the Kenosha police are giving water to Rittenhouse, still armed with the weapon he just murdered 2 with:

"We appreciate you being here."

The police is working with the shooting militia. We need to abolish the police. They aren't helping pic.twitter.com/mdgKuOTuUS

Rittenhouse, an “auxiliary police officer” in Kenosha, along with other neo-nazi/supremacist militia members murdered two, according to witness accounts, and wounded one.

The video below shows police protecting him while protesters yell to police “He just shot someone.”  Police simply let him go.

He was aided by police who helped him leave the scene and was part of a group of up to 20 ad hoc “police auxiliaries” that have long worked with Kenosha police shaking down prostitutes and running the local methamphetamine franchise for the Gulf Cartel.

I’m sorry did I just hear the Kenosha Police telling a white militia that they’re appreciated? This is a nightmare. In case you missed it, the white male walking killed 2 protestors and injured another. His name is Kyle Rittenhouse and he’s 17 years old from IL. https://t.co/noS7Q0v7xi

Video of mass shooting suspect Kyle Rittenhouse identifying himself in Kenosha before he carried out a number of shootings pic.twitter.com/yH85hR6pVn

Kenosha mass shooter Kyle Rittenhouse appears to idolize the Police. It’s all over his FB. This picture most of all. https://t.co/2CTfwHhvF2 pic.twitter.com/HCAog3WGwe

Cadet Rittenhouse, so that’s why they let him go.

His name is Kyle Rittenhouse, and he is a member of a Wisconsin, white supremacist militia, and he has still not been arrested despite video showing him murder two people and then say "I just killed someone."

Do not call him a "vigilante," call him what he is…. a Terrorist. https://t.co/0eEi7tTuNR

Tonight's shooter Kyle Rittenhouse was recorded on video receiving water and being thanked by the police for being out there to help.

The police are claiming they dont know who the shooter is yet.

But they know him well, he's a Public Safety Cadet. pic.twitter.com/WD9lX58uxo