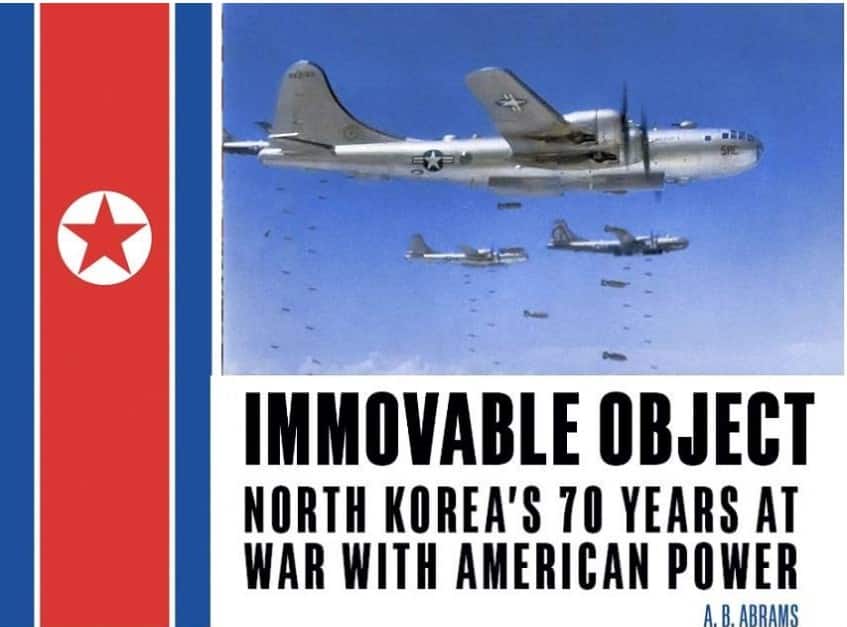 VT: North Korea and the United States have been officially at war for over 70 years, one of the longest lasting and most unbalanced conflicts in world history, in which a small East Asian state has held its own against a Western superpower for over three generations. With the Western world increasingly pivoting its attention towards Northeast Asia, and the region likely to play a more central role in the global economy, North Korea’s importance as a strategically located country, potential economic powerhouse and major opponent of Western regional hegemony will only grow over the coming decades.

This work is the first fully comprehensive study of the ongoing war between the two parties, and covers the history of the conflict from the first American clashes with Korea’s nationalist movement in 1945 and imposition of its military rule over southern Korea to North Korea’s nuclear deterrence program and ongoing tensions with the U.S. today. The nature of the antagonism between the two states, one profoundly influenced by both decolonisation and wartime memory, and the other uncompromising in its attempts to globally impose its leadership and ideology, is covered in detail.

Northern Korea is one of very few inhabited parts of the world never to have been placed under Western rule, and its fiercely nationalist identity as a deeply Confucian civilisation state has made it considerably more difficult to tackle than almost any other American adversary. This work elucidates the conflicting ideologies and the discordant designs for the Korean nation which have fuelled the war, and explores emerging fields of conflict which have become increasingly central in recent years such as economic and information warfare. Prevailing trends in the conflict and its global implications, including the multiple wars that have been waged by proxy, are also examined in detail. An in-depth assessment of the past provides context key to understanding the future trajectories this relationship could take, and how a continuing shift in global order away from Western unipolarity is likely to influence its future.

“A.B. Abrams tells the history of the fraught relationship between the United States and North Korea with care. His undertaking explains how the two countries, from Kim Il Sung and Harry Truman to Kim Jong Un and Donald J. Trump, have managed a difficult coexistence. To understand where the Korean Peninsula might go in the rest of the 21st century, Abrams’ telling of the story of how the two countries got to where they are today is essential.”

– Ankit Panda, senior editor, The Diplomat and Adjunct Senior Fellow in the Defense Posture Project at the Federation of American Scientists

“If North Korea were ever to publish its own view of the history of its relationship with the USA the result might well look something like this book. While controversial, Abrams is careful to support his assertions with footnotes and references, so that even those who find his conclusions unpalatable will be forced to weigh them carefully.”

– John Everard, British Ambassador to North Korea from 2006-2008. Former Co-ordinator of the UN Security Council’s Panel of Experts on sanctions on North Korea.

“Timely and profound, this book offers a thorough and much-needed examination of the 70-year confrontation between the US and North Korea, the longest-lasting conflict in American history. Paying due attention to the historical origins of the US-DPRK conflict in the Korean War period, as well as the Cold War confrontation and post-Cold War nuclear crises, the author also explores new frontiers of conflict in the economy, ideology, and information. An excellent and informed introduction to North Korea and to America’s unending confrontation with that poorly-understood country.”