Home World Christchurch Sentence: Life in Prison with NO chance of parole for mosques... 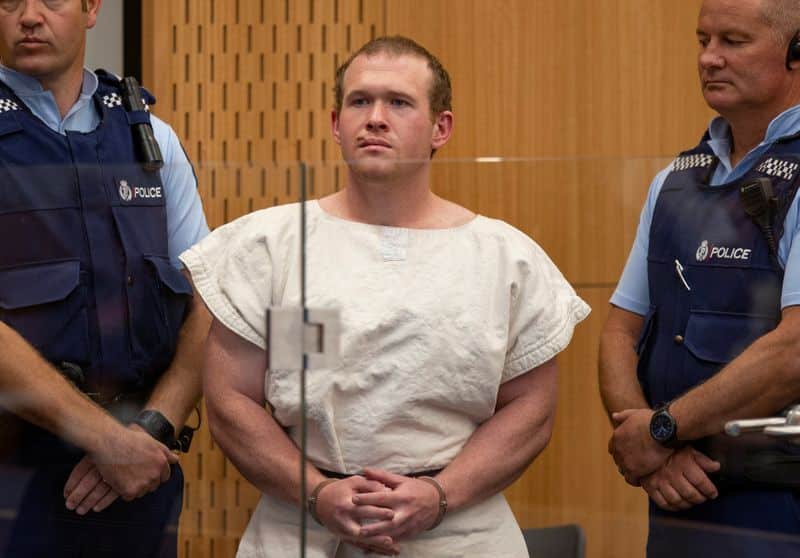 Share
Twitter
Pinterest
WhatsApp
Linkedin
ReddIt
Email
Print
Tumblr
Digg
from Russia Today
A New Zealand court has sentenced mass shooter Brenton Tarrant, who killed 51 Muslim worshipers at a mosque last year, to life in prison without the possibility of parole, the first such ruling ever handed down in the country.

The 29-year-old Australian previously admitted to some 92 charges – 51 for murder, 40 for attempted murder and one linked to terrorism – following the 2019 shooting rampage at two mosques in Christchurch, New Zealand. At Tarrant’s sentencing on Thursday, High Court Judge Cameron Mander said the severity of his crimes justified the harsh penalty.

“Your crimes… are so wicked that even if you are detained until you die it will not exhaust the requirements of punishment and denunciation,” the judge said while handing down the sentence.

“As far as I can discern, you are empty of any empathy for your victims”.

The shooter – who livestreamed the act on Facebook and has been widely described as a ‘white supremacist’ in media reports due to an online manifesto penned before the attack – showed little emotion during the ruling, according to DW. He had fired his legal team last month, opting to represent himself, but also waived his right to speak during his sentencing.

Christchurch Mosques’ Killer planned Massacre since 2 years with Drones too. As a Mossad Military Mission

Though New Zealand no longer has a death penalty, and until Tarrant’s case no judge had ever sentenced a criminal to life behind bars with no chance for parole, victims’ families urged the judge to issue the harshest punishment possible.

“He deserves not a life imprisonment term of 17, 25 or 30 years, but life imprisonment until his last gasp, his last breath,” Hamimah Tuyan, whose husband Zekeriya succumbed to injuries nearly two months after the shooting, told the court on Wednesday.

ALSO ON RT.COM ‘His aim was to kill Muslims’: German law enforcers say they’ve prevented a Christchurch-style attack at homeNew Zealand abolished capital punishment for all crimes, including treason, in 1989, decades after eliminating the death penalty for murder. Some 85 people were executed under the country’s legal system until that point.

“The trauma of March 15 is not easily healed, but today I hope is the last where we have any cause to hear or utter the name of the terrorist behind it,” the PM went on.

His deserves to be a lifetime of complete and utter silence.