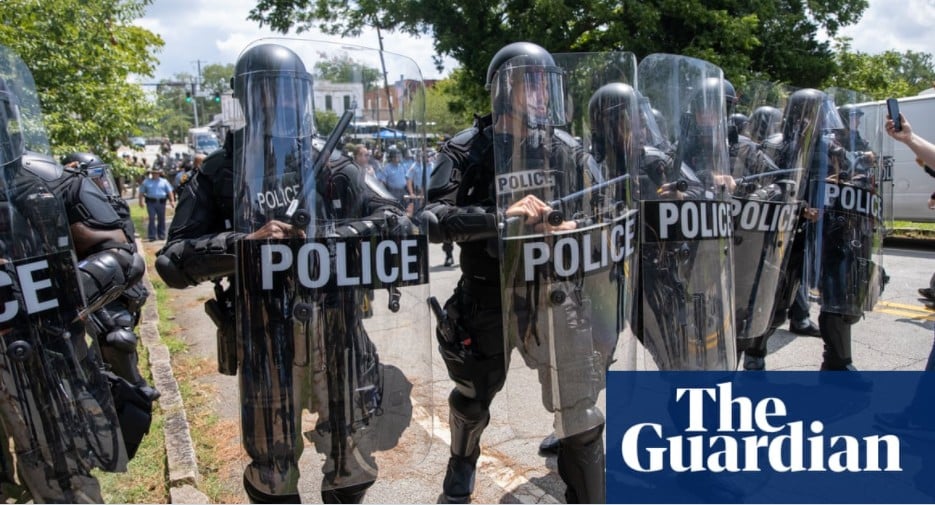 White supremacist groups have infiltrated US law enforcement agencies in every region of the country over the last two decades, according to a new report about the ties between police and far-right vigilante groups.

This drops right on time. https://t.co/2iCDDrmYee

In a timely new analysis, Michael German, a former FBI special agent who has written extensively on the ways that US law enforcement have failed to respond to far-right domestic terror threats, concludes that US law enforcement officials have been tied to racist militant activities in more than a dozen states since 2000, and hundreds of police officers have been caught posting racist and bigoted social media content.

Suspected white supremacists groups (some reports saying these men are affiliated with the Boogaloo Boys) admitting they are working with police to carry out the deadly ambush shootings that happened tonight in Kenosha pic.twitter.com/4lw6I7Nue2

Police in Sacramento, California, in 2018 worked with neo-Nazis to pursue charges against anti-racist activists, including some who had been stabbed, according to records.

And just this summer, German writes, an Orange county sheriff’s deputy and a Chicago policeman were caught wearing far-right militia logos; an Olympia, Washington, officer was photographed posing with a militia group; and Philadelphia police officers were filmed standing by while armed mobs attacked protesters and journalists.

“We appreciate you guys. We really do." -Kenosha Police Department to a group of armed white vigilantes, one of whom murdered two protesters shortly after the Kenosha PD expressed their appreciation.

There's a long history of cooperation between police and white supremacists. pic.twitter.com/EZvNWGAUkO

The exact scale of ties between law enforcement and militias is hard to determine, German told the Guardian. “Nobody is collecting the data and nobody is actively looking for these law enforcement officers,” he said.