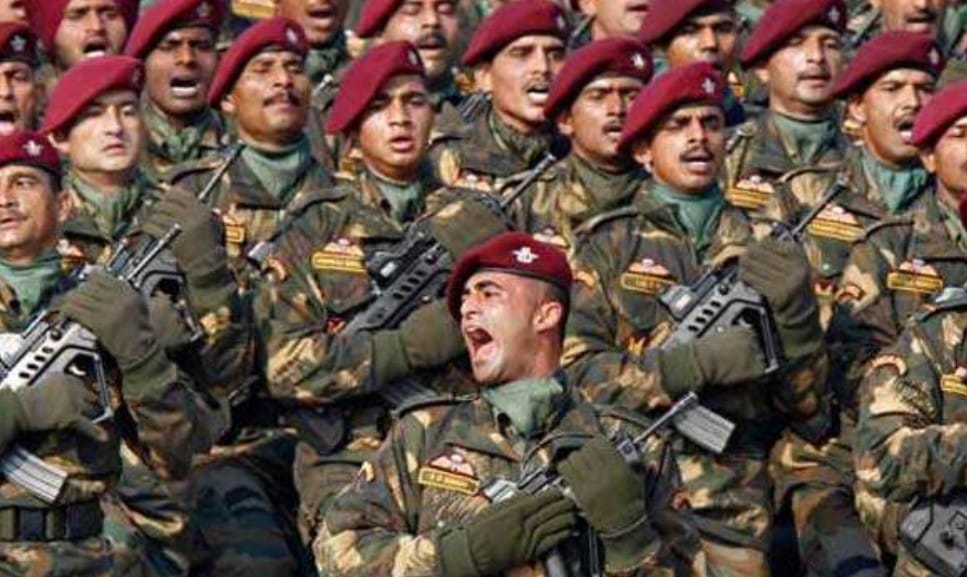 It is most regrettable that by ignoring the modern global trends like renunciation of war, peaceful settlement of disputes and economic development in wake of the spread of coronavirus and its negative economic consequences almost all over the world, India’s hegemonic designs are destablising the region and its peace.

Through its military and intelligence agency RAW, India has continued intervention as part of hegemonic policies vis-à-vis her neighbouring countries, including those ones with whom India does not share border.

During Indian Prime Minister Narendra Modi’s rule, New Delhi has intensified meddling in the internal affairs of these countries. And Indian military and RAW have been given free hand to target these states through manipulation of political dissent, ethnic divisions and economic backwardness.

On August 5, last year, New Delhi revoked articles 35A and 370 of the Constitution which gave a special status to the disputed territory of the state of Jammu and Kashmir (J&K). The act split the J&K which includes the Kashmir Valley and the Ladakh area, into two federal territories: Jammu and Kashmir, which will have a state legislature, and Ladakh area, which will be ruled directly from New Delhi.

India also issued a notorious map on October 31, 2019 which displayed bifurcation of the J&K and identifies Pakistani side of Azad Kashmir as well as certain areas of Gilgit-Baltistan as an Indian territory.

Besides Pakistan, China also rejected the Indian malevolent acts as “unlawful and void”, saying that India’s decision to “include” some of China’s territory into its administrative jurisdiction “challenged” Beijing’s sovereignty. Despite the latest agreement to resolve the issue through dialogue, border dispute between New Delhi and Beijing, which remains unsettled, has increased tensions between the two countries.

In fact, Premier Modi and the BJP in connivance with other similar outfits like RSS have accelerated anti-Kashmir moves. Implementing the ideology of Hindutva ((Hindu Nationalism), Indian extremist rulers’ various other measures such as continued lockdown in the Indian Occupied Kashmir (IOK), issuance of domicile certificates to 40000 non-Kashmiris to bring demographic changes in the Muslim-majority area and intermittent shelling inside Pakistani side of Kashmir in relation to the Line of Control (LoC), which have killed hundreds of innocent villagers show India’s fascist policies.

In this regard, reliable sources as mentioned in Pakistan’s media on August 18, 2020 disclosed that Afghanistan-based the Tehreek-e-Taliban Pakistan (TTP) has merged with its splinter groups Jamat-ul-Ahrar (JuA) and Hizb-ul-Ahrar (HuA) in Afghanistan. Their sole objective is to restart terrorist activity against Pakistan, while simultaneously sabotaging efforts to restore peace and stability in its war-ravaged Afghanistan.

Afghanistan’s National Directorate of Security and India’s Research and Analysis Wing (RAW) played a key role in their reunification. The agreement, reportedly, designated Mufti Noor Wali as the amir (Chief) of TTP, making him responsible for all planned terrorist activities inside Pakistan and Afghanistan.

Pakistan’s concerns were supported in a recent report presented to the United Nations Security Council.

According to the UN report of July 26, 2020, “The banned Tehreek-e-Taliban Pakistan and its splinter group Jamaat-ul-Ahrar (JuA) continue to target Pakistan from their bases in Afghanistan…the leadership of TTP is also operating from Afghanistan, including Noor Wali Mehsud, supported by his deputy, Qari Amjad and TTP spokesperson Mohammad Khorasani, claiming responsibility for various high-profile attacks in Pakistan and has facilitated others by JuA and Lahskhar-e-Islam…the significant presence of ISIL-K (The Islamic State of Iraq and the Levant Khorasan) in Afghanistan”, which the UN warns “now pursues a global agenda.

In addition, the UN report warns of “a strong presence of ISIL-India in Kerala and Karnataka. ISIL-K considers Afghan territory a base for spreading terrorist influence across the wider region…The investigators found links between Indian nationals and terrorist attacks in Sri-Lanka. According to diplomatic sources, there is now pressure on India to curb the financing from ISIL-India to its affiliates in line with the FTAF recommendations to prevent terrorist financing”.

Notably, Pakistan’s Foreign Minister Shah Mahmood Qureshi met Zalmay Khalilzad at Islamabad on July 1, 2020 and warned that “Afghan peace process has entered into a crucial phase and there is a need to be cognizant of the elements that want to sabotage the peace efforts in Afghanistan”.

In the meeting, Qureshi reiterated Pakistan’s commitment “to continue to play its reconciliatory role in establishment of peace in Afghanistan with sincerity through collective responsibility.

He said that “Pakistan is ready to cooperate with regional and international stakeholders for enduring and peaceful political solution to the Afghan issue…the development of whole region depends on establishment of peace in Afghanistan…the agreement of all sides on intra-Afghan dialogue and announcement of negotiating teams is a good omen”.

Later in a statement, Foreign Minister Qureshi stated that India “has been continuously trying to destabilize Pakistan to divert attention from its own internal chaos” by adding: “India is interfering in Balochistan province of Pakistan at the same time it is also adversely affecting peace efforts in Afghanistan.”

In the recent past, India’s Home Minister Shri Amit Shah threatened of conducting air and surgical strikes inside Pakistani territory.

Reacting to Amit Shah’s statement, Foreign Minister Qureshi stated: “Let me make it clear to Amit Shah that if India made the mistake, we will give a befitting response…Amit Shah should tell…Why does India not launch a surgical strike on Laddakh?…India has reached the extreme in committing atrocities in Kashmir…India wants to sabotage the Afghan peace process…New Delhi is threatening Pakistan to divert attention from its internal situation”.

Earlier, the DG of ISPR Maj-Gen. Babar Iftikhar said: “Chief of Army Staff General Qamar Javed Bajwa warned India…[saying] We will respond any aggression with full might…India faced great humiliation in the recent military standoff with China…faced embarrassment in map issues with Nepal as well…India is meddling in issues [of countries] where it doesn’t even have a border…India is facing many internal challenges especially after the emergence of coronavirus…many issues have emerged in India after the August 5, 2019 move, which revoked the special status of Indian Occupied Jammu and Kashmir…There is an emergence of Islamophobia in India. Now they [India] think the best way is to divert the attention towards Pakistan…The situation on the LoC…1229 ceasefire violations by India have been committed since start of this year…while their quadcopters have also violated airspace [of Pakistan] on different occasions”.

Addressing a news conference on August 13, this year, DG of ISPR said: “We are ready to fight even India may buy 500 Rafale fighter jets. India is involved in terrorism inside Pakistan…India has been taking hegemonic steps and spreading the fire of communal hatred. This along with their military spending has made their expansionist policies quite clear to everyone. Pakistan has been working towards ensure peace in Afghanistan…Peace in Afghanistan means peace in Pakistan.”

Nonetheless, instead of cooperating with the South Asian countries to promote peace, India’s hegemonic designs are destabilising the entire region.