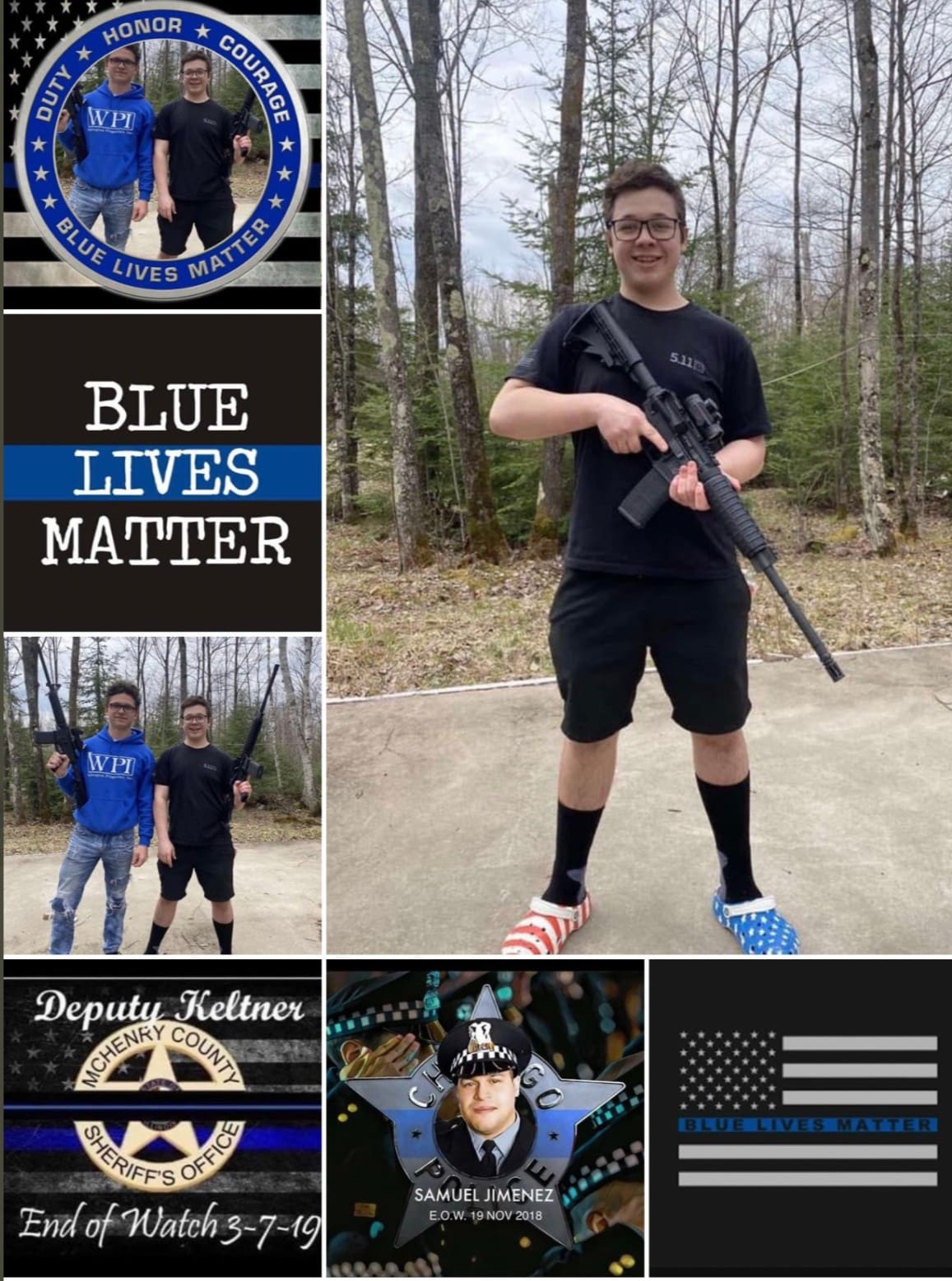 Why did a car dealer as a militia listed as terrorist by the FBI, their crime…ARSON…to send “guards?”

Why would the Kenosha Police be so friendly the the ‘3 Percenters,’ a Aurora based terrorist group that the FBI has put on his watch list and that DHS has warned police, the Kenosha Police, to be watching for…

Learn the facts behind this and so much more:

VT:  The shooting of Jacob Blake is now an FBI case.  We know why.  It is tied to a series of incidents that aren’t really “civil rights” but rather domestic terrorism.

When we tracked down the George Floyd killing in Minneapolis, we found that the police there had regular “meetings” with Mossad officers assigned to the Consul General of Israel to the Midwest in Chicago. (500 West Madison St, Suite 3100)

Wisconsin is of major interest to Israel because it is a key state for keeping Trump in office.  Without Wisconsin, Trump has no hope whatsoever, so the Mossad with their very large Chicago base, has stepped in using their influence over corrupt local police agencies across the state, as they have in Minnesota and elsewhere.  We know this to be a fact.

Past that, we look at Aurora, Illinois.  It’s population is primarily Catholic, German and their police have been tied to the ‘3 Percent Militia,’ the ‘White Rabbits’ and the KKK.

With MEGA/MAGA funding, they are tasked with intimidating the areas Muslims and the local Aurora group was charged in 2018 for the firebombing of a Minnesota mosque. This is the organization we are told Rittenhouse is tied to as were the others who came to Kenosha, not just from Illinois but from South Dakota and Idaho, all white supremacist militia members with ties to Israeli security.

The ADL loves them.

Right now, FBI domestic terror units are in Illinois and Wisconsin.  They say, privately, that the violence in that region, from George Floyd onward, is ‘fishy.’  They say its all paid and coordinated but their comments stop there.  We can take them further.

The Kenosha police are being investigated as terrorists, first for the premeditated murder of Blake done for the GOP Convention and for the Rittenhouse murders as well, which their dirty fingers were on from day one.

How was Rittenhouse recruited?  He wasn’t protecting businesses, he was hunting, brandishing and threatening people.  Where were his friends when he shot 3 people.  One was shot while he was being chased.  How many did he shoot before?

Who was with him?  Who did he communicate with?  Who paid him?  Did police in Aurora, Illinois where he is a cadet/auxiliary  set up this “gig” for him and clear him with the Kenosha cops?

Kenosha is now an Israeli operation.  When Russia Today, which along with Sputnik News has become a pure Kosher Nostra rag, racist, Zionist, even anti-Syria, a pure defender of Israeli exceptionalism…called Jacob Blake a ‘rapist,’ we knew.

The clues are there as well and the timing.  The killing was done to coincide with the opening of the GOP convention and the violence in Kenosha has been mentioned 2 dozen times during the convention as a “war on the suburbs.”

VT put a call into Jacob Blake’s attorneys but they are being tight lipped.

Here is what we know:

do I really have to go on? From CNN

(CNN) — Federal investigators announced that they have launched a civil rights probe into the police shooting of Jacob Blake, a 29-year-old Black man, in Kenosha, Wisconsin.

The US Attorneys Office for the Eastern District of Wisconsin said Wednesday that the investigation will be conducted by the FBI in cooperation with the Wisconsin Department of Justice Division of Criminal Investigation, the agency leading the local investigation.

Authorities had previously provided little information about Sunday’s shooting of Blake, which was captured on video by a witness. But after several days of protests in the state, the state’s DOJ offered its initial timeline of the shooting. Wisconsin state investigators said that police used a taser to try to stop Blake, before a single officer fired his weapon seven times and injured him.

Officials identified Officer Rusten Sheskey as the police officer who shot Blake when he tried to enter his vehicle. The officer, who has been employed by Kenosha police for seven years, was placed on administrative leave, DCI said.

“Officer Sheskey fired the weapon into Mr. Blake’s back,” the state agency said in a news release. “No other officer fired their weapon. Kenosha Police Department does not have body cameras, therefore the officers were not wearing body cameras.”

Wisconsin Attorney General Josh Kaul said in a news conference that the other officers involved in the shooting will be identified “soon.”

Blake appears to have told officers that he had a knife in his possession, the DCI said. Investigators later “recovered a knife from the driver’s side floorboard” of Blake’s vehicle and no other weapons were found, the agency said.

Patrick Salvi Jr., an attorney for the Blake family, said on Wednesday morning that Blake did not have a weapon in the car.

“In the vehicle he did not have a weapon,” Salvi Jr. told CNN. “I can’t speak directly to what he owned, but what I can say is his three children were in the car and that was in the front of his mind. That is the most important thing to him in his life: his family and his children.”