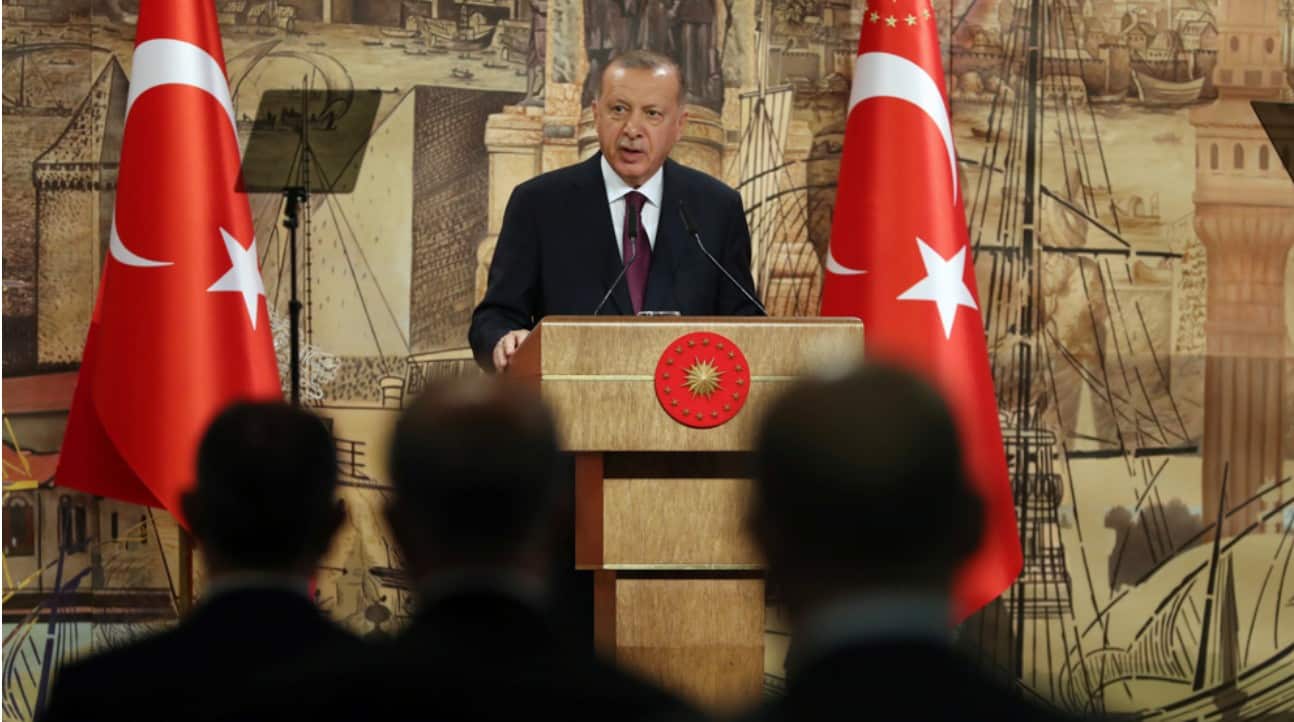 Turkish President Recep Tayyip Erdogan says Turkey would not give up “what it deserves” in the Mediterranean Sea, warning Greece against making mistakes that would pave the way to its “ruin,” as the two countries remain locked up in a dispute over energy resources in the sea.

“We will not compromise what is ours… We are determined to do whatever is necessary,” Erdogan said on Wednesday.

“We invite our counterparts… to beware that any error could pave the way to their ruin,” the Turkish president said.

The remarks came after Greece said it would launch joint military exercises with France, Italy, and Cyprus in the eastern Mediterranean on Wednesday.

“Cyprus, Greece, France and Italy have agreed to deploy a joint presence in the eastern Mediterranean as part of the quadripartite cooperation initiative,” the Greek Defense Ministry announced in a statement.

Turkish air and naval forces have carried out joint training exercises in the Aegean Sea, amid escalating tensions between Turkey and Greece in the eastern Mediterranean Sea over gas and oil exploration.

The drills, south of Cyprus and the Greek island of Crete, will last three days, according to the statement, which also said, “The tensions and instability in the eastern Mediterranean have heightened disputes on issues concerning maritime space.”

A standoff has already intensified between Turkey and Greece over oil and gas exploration rights in the eastern Mediterranean. The two have been at loggerheads over overlapping claims for hydrocarbon resources in the waters.

Turkey’s discovery of major gas deposits in waters surrounding Crete and Cyprus has further escalated tensions between them.

Turkey says it has found a large natural gas reserve off its Black Sea coast, which could ease the country’s dependence on energy imports.

The European Union (EU) has taken the side of Greece in the dispute.

EU foreign ministers are scheduled to meet in the German capital, Berlin, on Thursday and Friday. They are expected to press the bloc to impose sanctions on Turkey.

Ankara said on Tuesday that it was ready for talks with Greece without preconditions over the row.

Greece and Turkey almost went to war in 1974 over Cyprus, which has since been divided, with the northern third run by a Turkish Cypriot administration recognized only by Turkey and the southern two-thirds governed by the internationally-recognized Greek Cypriot government.

Meanwhile, German Foreign Minister Heiko Maas made an emergency visit to both Athens and Ankara to meet with his counterparts over the dispute.