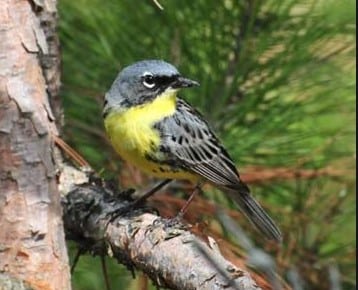 For Kirtland’s warblers, migration isn’t as simple as getting from point A to point B. https://t.co/ZbkLSt7U4j

Health Editor’s Note: At least one type of bird is observed to take ‘day trips’ and visit areas other than where they have migrated back to for breeding season.Tiny radio records, as small as a raisin, have revealed that these birds do some exploring, sometimes miles from their breeding sites.

The roaming birds are called ‘floaters’ and are probably collecting social, personal, and public, information about where to breed.

These warblers do not simply fly from Bermuda, their winter home, then back to Michigan for breeding during the warmer months.  These birds may explore areas up to 48 miles away from the breeding sites.  Usually these were the birds who had not mated for that season, but even those who had nests may move up to 28 miles away during the exploration trips.

Interesting information if you like to know all things about birds….Carol