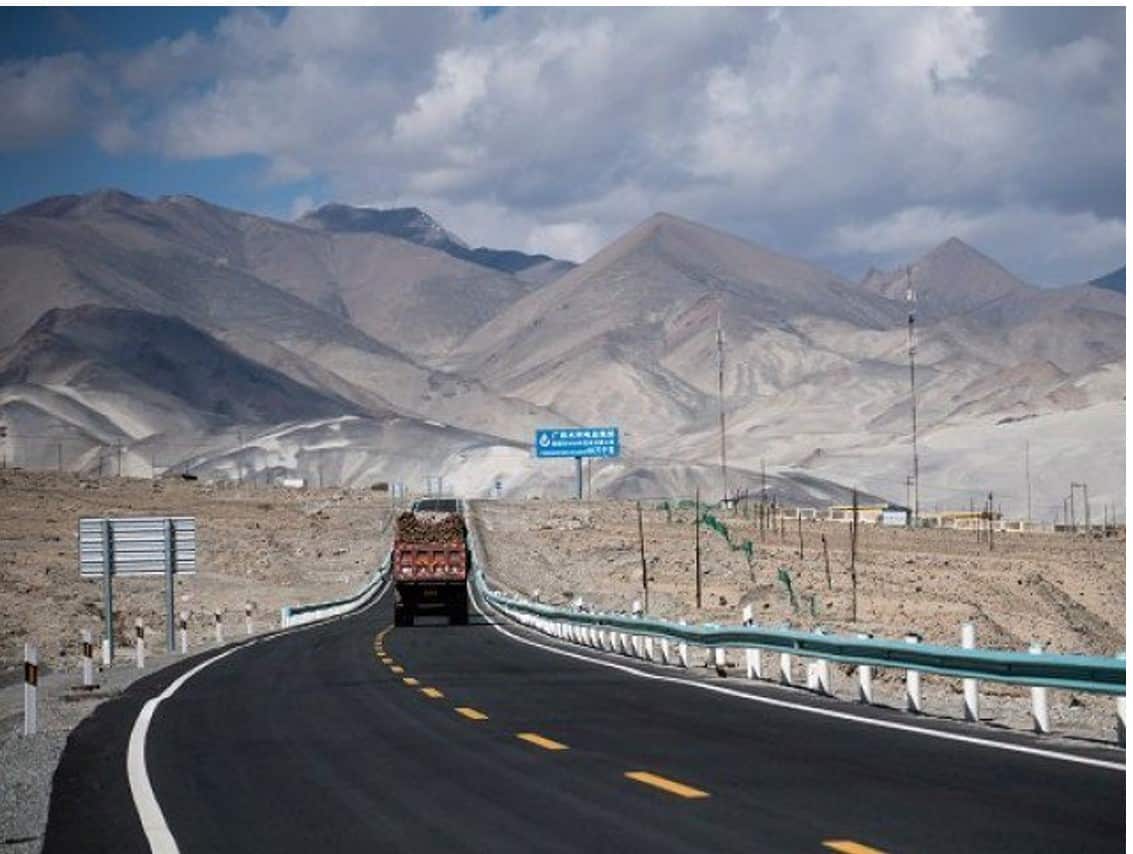 VT: The last time I met about this issue was in 2011.  At that time I sat down, for an evening, with Pakistan’s Prime Minister Imran Khan and representatives of one of the factions in Balochistan.

This region, bordering on Iran, was plagued then as now, American drug flights smuggling heroin from Afghanistan, Mossad, RAW and MI6 blowing things up and inserting terrorists into Iran…

Strategically located Balochistan turned into a substantial framework of regional connectivity due to China-Pakistan Economic Corridor (CPEC). After cancellation of contract with Port of Singapore Authority (PSA), on 18 Feb 2013, then President Zardari government formally awarded a multi-billion dollar contract for construction and operation of Gwadar Port to China.

Earlier, in Dec 2010, China had offered to then provincial government to construct 20 more berths and make the port fully operational if the port was handed over to it. The handing over of the port for development and operation to China was admired all over Pakistan, but at the same time, Pakistan’s adversaries along with its ally USA showed their concern over the agreement between China and Pakistan.

Past and present governments admit that award of the contract to China was an auspicious development in Pakistan-China relations and expressed the hope that it would create new economic opportunities for Pakistan and Balochistan.

It was foreseen that the project would emerge as a big game changer for Pakistan, Central Asian Republics, Afghanistan and Iran. In addition, it influenced regional security and transformed geopolitical dynamics, bringing the said states closer, redefining relationships and establishing fresh linkages with each other.

So, cooperating with each other definitely resulted into direct benefits to CPEC countries. But, India being important responsible regional state, instated making effort of becoming part and parcel, always opposed CPEC. Whereas, she should have part of the project to attain benefits and elevate life of her poor people.

The question arises, “Why India did adopt a negative and inflexible approach towards CPEC?”  The answer could be that, hardcore extremists ruling Indian elite, considering their superiority in numbers shown in tolerances policies, are never ready to resolve burning issues with her neighboring countries, China, Pakistan, Nepal, Maldives and Bangladesh.

Interestingly, once Narendra Modi came into power in 2014, he openly stated that his government would prioritize relations with neighbours, but has failed to do so even after spending six years in power.

Narendra Modi, instead of improving relationships, sped up overt and covert war against China and Pakistan. He gloved hands with USA, while putting aside his 2014 stance of normalized relationships with neighbouring states.

Reasons for preferring a country across the ocean over neighbouring states are due to their malicious common design against China and Pakistan. In South and Far Asia, India assumed the responsibility of American watchdog, whereas Israel was designated as    “USA Cute Chum” in Middle East.

In elimination of foreign sponsored militancy, many soldiers martyred since Jan 2020 to 31 August 2020. Again on 30 August 20, three soldiers “Shahadit (Martyred) and four were injured in a search operation against terrorists in Waziristan. The recent wave of terrorism is being considered here as last attempt to jeopardize CPEC by CIA-RAW collaboration.

Foreign agencies have also planned to launch a fresh wave of terrorism inside Pakistan. The same was confirmed by another terrorist Mr. Liaqat, arrested from Railway Station Lahore once was waiting to receive suicidal bomber on 18 August 20. He further stated that suiciders belong to neighbouring country Afghanistan were trained in India. The mission assigned was to carry out a suicidal blast in front of Civil Police Lines Lahore.

The mastermind of this unsuccessful mission was an Umar Kharsani from Afghanistan. In more news, on 19th August 2020, two terrorists were killed in Karachi by local security forces. Credible sources revealed that both terrorists were planning to foment terrorism during Moharam.

Another defaming attempt against Lt General Asim Bajwa (Retired), CPEC Head and his family was made while uploading an article by a so called journalist, Mr. Ahmed Noorani , reflecting false data about his properties, share in companies and franchises on an unknown website.

On 29 August 2020, General through a Tweet categorically denied and declared it mere campaign against him. It is true that General is heading a very sensitive organisation. India, Israel, USA and many other countries are working to fail the CPEC initiative. He had been Director General ISPR and Commander Southern Command that is operating against militancy in Balochistan, too, Magsi’s and many other Baloch leaders are playing in the hands of RAW and Afghan intelligence NDS.

Furthermore, the General’s family, like others, without using his influence, has liberty to grow their business under the rules wherever they feel like. Thus, criticizing and dragging General Asim into this issue is unjustified.

Thus, the contract over development and operation of the port, which was concluded before seven years between China and Pakistan, now has magnificently been shaped.  Its 80% work has been completed through determination of security forces and local public will.

In conclusion, I would say that states working against this people friendly project, India being a regional state, should step forward to invest in CPEC. India should resolve burning issues, like Kashmir and the border dispute with China.

The writer can be approached though [email protected].