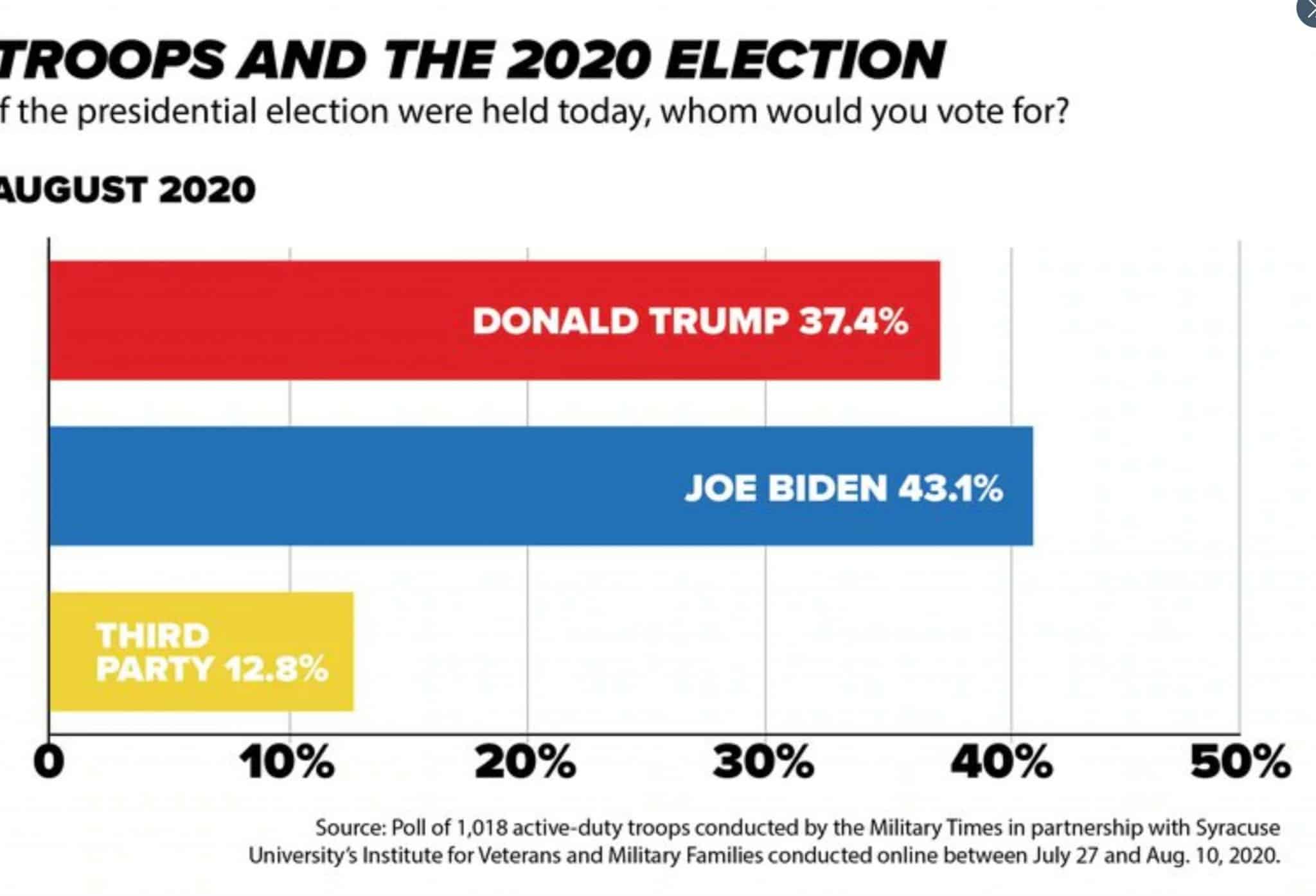 The results, collected before the political conventions earlier this month, appear to undercut claims from the president that his support among military members is strong thanks to big defense budget increases in recent years and promised moves to draw down troops from overseas conflict zones.

But the Military Times Polls, surveying active-duty troops in partnership with the Institute for Veterans and Military Families (IVMF) at Syracuse University, have seen a steady drop in troops’ opinion of the commander in chief since his election four years ago.

In the latest results — based on 1,018 active-duty troops surveyed in late July and early August — nearly half of respondents (49.9 percent) had an unfavorable view of the president, compared to about 38 percent who had a favorable view. Questions in the poll had a margin of error of up to 2 percent.

Among all survey participants, 42 percent said they “strongly” disapprove of Trump’s time in office.  Read more…