Home Government Russia is behind social unrest in cities in America! 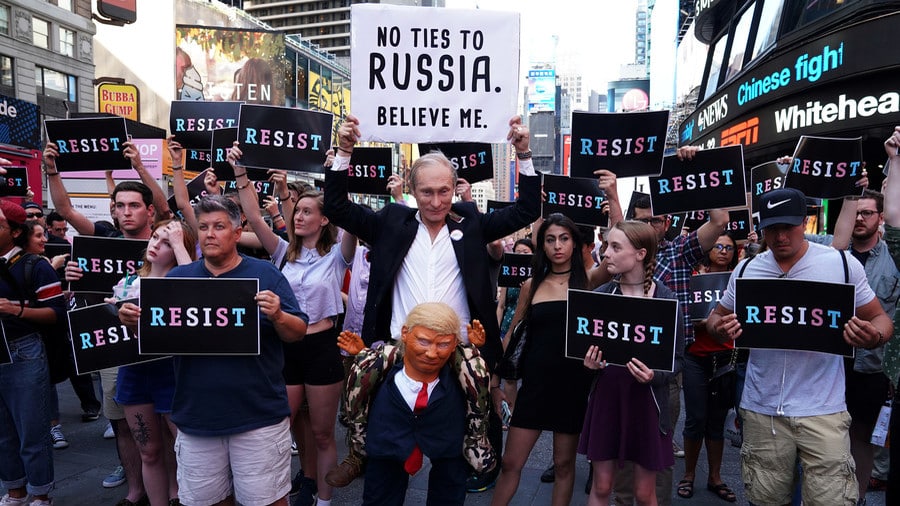 George Orwell once said: “One has to belong to the intelligentsia to believe things like that: no ordinary man could be such a fool.” In other words, some ideas are so dumb that only an ideologue and political prostitute could possibly believe them.

Russia, CNN has recently told us, is almost certainly behind the social unrest that we are currently witnessing in places like Portland and Kenosha. CNN host Dana Bash has recently mused: “Do you have any reason to believe that Russia is trying to fuel some of the civil unrest in these cities via social media or other methods?”

Why would anyone with an ounce of brain cells knocking ask such a dumb question? And I talk people on CNN don’t believe in conspiracy theory! Adam Schiff, the guest on the show and House Intelligence Committee Chairman, risibly responded that the Russians “are once again doing their best in social media, in the overt media and other means to grow this division again. And I think that most pernicious, we have to worry about their aggravating the tensions in our cities.”[1]

Obviously these people are paid to say crazy things, incoherent things, and wicked things, because no ordinary man could sink that low. The interesting thing is that these people don’t even care to provide evidence for their fatuous ideas. They don’t care whether people are going to fact-check what they say or not. They only care about perpetuating a wicked ideology because they still think that many Americans will believe anything.

What these people will never have the courage to address is that the Israeli regime has been training our police force since the beginning of time. If there is one nation on earth that has been behind the social unrest in America is Israel.

But what has our friendly neighborhood Kamala Harris recently said? In an article entitled, “Kamala Harris tells Jewish supporters Israel aid will not be conditional,” the Jewish Telegraphic Agency quoted Harris saying:

“Joe has made it clear he will not tie security assistance to any political decisions that Israel makes and I couldn’t agree more. The Biden Harris administration will sustain our unbreakable commitment to Israel’s security, including the unprecedented military and intelligence cooperation pioneered during the Obama Biden administration and the guarantee that Israel will always maintain its qualitative military edge.

“Our administration will hold Iran’s government accountable and rejoin a diplomatic agreement if Iran comes back into compliance. And we will work with our allies, of course, to strengthen and extend the Iran deal and push back against Iran’s other destabilizing actions.”[2]

Doesn’t Harris remember that Obama called Netanyahu a “chickenshit”?[3] Does she know that the Obama administration fleshed out a rational and reasonable deal with Iran?[4] Does Harris know that Benjamin Netanyahu has been lying about Iran since the beginning of time? Once again, it is pertinent to cite Benjamin Netanyahu himself in his 1995-book Fighting Terrorism:

“The best estimate at this time place Iran between three and five years away from possessing the prerequisites required for the independent production of nuclear weapons. After this time, the Iranian Islamic republic will have the ability to construct atomic weapons without the importation of materials or technology from abroad.”[5]

Forty years later, Iran still does not have the bomb. In fact, it is generally agreed among U.S. and Israeli intelligence that Iran abandoned its nuclear weapons program.[6] Did Netanyahu start rethinking about his relentless lies and fabrications? Did he apologize to the world for slandering Iran?

So can a major figure in the political world want to prostrate before Benjamin Netanyahu? Will a politician like Harris serve the American people? George W. Bush didn’t. Donald Trump is still under the leadership of the Israeli regime (particularly with respect to foreign policy in the Middle East), and Harris will only be subservient to the real masters of America.