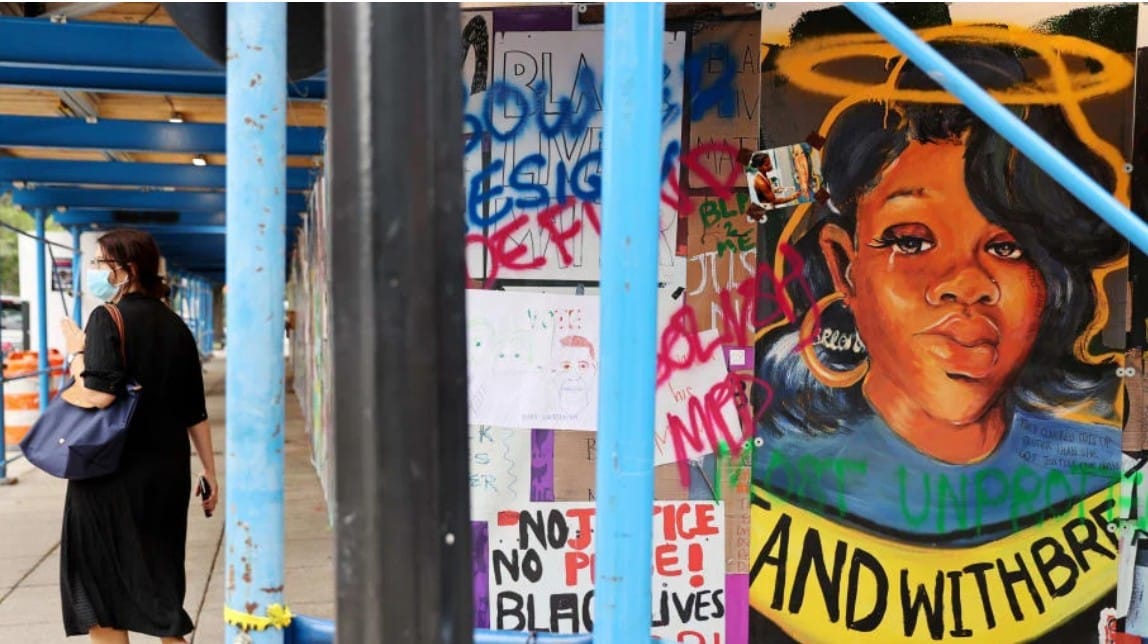 VT: Our sources said Jefferson County Prosecutor, Tom Wine, was offered an appointment as US Attorney if he could smear Breonna Taylor, victim of a vicious police slaying.  The offer, our sources confirm, originated with US Attorney General William Barr.

Breonna Taylor’s ex was offered a plea deal to say she was part of a "crime syndicate," the family’s attorney says.

The attorney says the offer shows that local officials are "desperate" to justify Taylor’s killing. https://t.co/35T8zgDpLm

Daily Beast: Breonna Taylor’s ex-boyfriend has accused Louisville prosecutors of offering him a plea deal in exchange for testimony he said would falsely incriminate Taylor, who was killed by police in March as they served a “no-knock” warrant on her home. Jamarcus Glover told the Louisville Courier-Journal from jail, “I turned it down from day one when I seen the names on there.

They’re incriminating other people who had nothing to do with anything.” The deal would have asserted as fact that Glover made use of Taylor’s apartment “to store proceeds from the trafficking operation.” Glover denied that was the case to the Courier-Journal.

Breonna Taylor’s ex was offered a plea deal in July — no jail time if he would accuse Breonna of being part of an 'organized crime syndicate.’ This is a blatant, breathtaking attempt to justify her shooting death and exonerate the police involved. Wow… https://t.co/cQs8KGmPFA

“Everything they’re presenting, they’re trying to cover up what they done,” he said. Glover was arrested August 27 and faces charges of criminal syndication, firearm possession, and drug trafficking, and a document published by a lawyer for Taylor’s family shows that prosecutors offered a 10-year sentence if he testified that Taylor had joined a criminal organization.

The boyfriend of Breonna Taylor has filed a civil lawsuit against the city of Louisville and the Louisville police department. https://t.co/ZotfZUnk25

Glover’s attorney said the agreement was a draft and that the final version did not mention Taylor. Taylor’s boyfriend, Kenneth Walker, who was dating her at the time of her death, has sued the city of Louisville for false imprisonment and prosecution he called “malicious.”