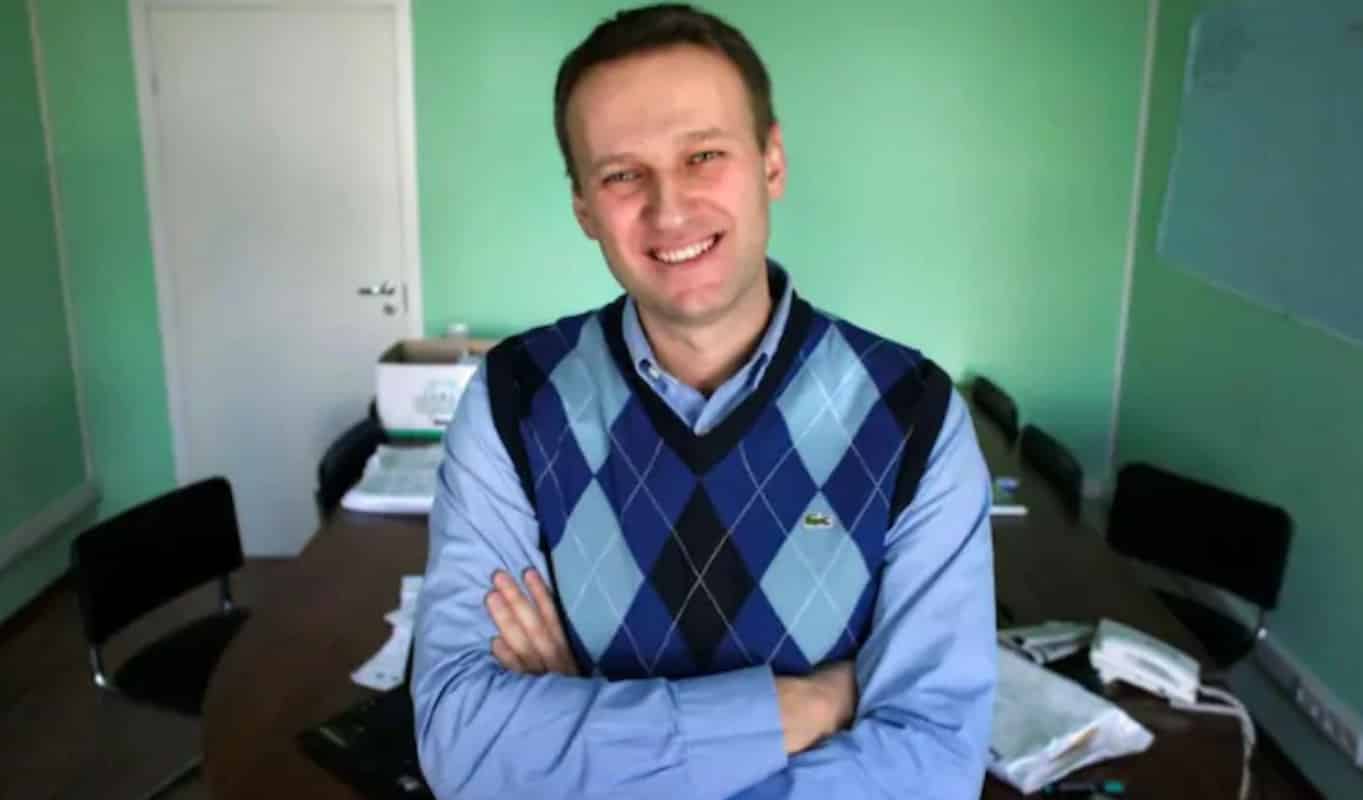 In a statement [1] released Wednesday morning, Germany’s federal government said special toxicology tests carried out on Alexei Navalny since he arrived from Russia had given “unequivocal proof” that a Novichok agent had been used on the Russian dissident.

Navalny was transported out of Siberia to Berlin last month after he fell ill due to the suspected poisoning of his tea. He has been in a medically induced coma since he arrived in Germany. Novichok is the same group of nerve agents used on the Russian former spy Sergei Skripal, who was attacked in Britain two years ago.

On March 4, 2018, Sergei Skripal, a Russian double agent working for the British foreign intelligence service, and his daughter Yulia were found unconscious on a public bench outside a shopping center in Salisbury. A few months later, in July 2018, a British woman, Dawn Sturgess, died after touching the container of the nerve agent that allegedly poisoned the Skripals.

In the case of the Skripals, Theresa May, then the prime minister of the United Kingdom, promptly accused Russia of attempted assassinations and the British government concluded that Skripal and his daughter were poisoned with a Moscow-made, military-grade nerve agent, Novichok.

Sergei Skripal was recruited by the British MI6 in 1995, and before his arrest in Russia in December 2004, he was alleged to have blown the cover of scores of Russian secret agents. He was released in a spy swap deal in 2010 and was allowed to settle in Salisbury. Both Sergei Skripal and his daughter have since recovered and were discharged from hospital in May 2018.

In the aftermath of the Salisbury poisonings in March 2018, the US, UK and several European nations expelled scores of Russian diplomats and the Trump administration ordered the closure of the Russian consulate in Seattle. In a retaliatory move, Russia also expelled a similar number of American, British and European diplomats, and ordered the closure of American consulate in Saint Petersburg. The relations between Moscow and Western powers reached their lowest ebb since the break-up of the former Soviet Union and the end of the Cold War in December 1991.

But the fact that out of 105 total cruise missiles deployed in the April 14, 2018, strikes against a military research facility in the Barzeh district of Damascus and two alleged chemical weapons storage facilities in Homs, 85 were launched by the US, 12 by the French and 8 by the UK aircrafts demonstrated the unified resolve of the Western powers against Russia in the aftermath of the Salisbury poisonings in the UK a month earlier.

It bears mentioning that the American air and missile strikes in Syria are not only illegal under the international law but are also unlawful according to the American laws. While striking the Islamic State targets in Iraq and Syria, Washington availed itself of the war on terror provisions in the US laws, known as the Authorization for the Use of Military Force (AUMF), but those laws do not give the president the power to order strikes against the Syrian government targets without prior approval of the US Congress which has the sole authority to declare war.

The Intercept reported last year [2] that the Trump administration had derived the authority to strike the Syrian government targets based on a “top secret” memorandum of the Office of Legal Counsel that even the US Congress couldn’t see. Complying with the norms of transparency and the rule of law were never the strong points of the American democracy but the Trump administration has done away with even the pretense of accountability and checks and balances in the conduct of international relations.

Moreover, over the years, Israel has not only provided medical aid and material support to the militant groups battling Damascus – particularly to various factions of the Free Syria Army (FSA) and al-Qaeda’s Syrian affiliate al-Nusra Front in Daraa and Quneitra bordering the Israel-occupied Golan Heights – but Israel’s air force has virtually played the role of the air force of Syrian militants and conducted hundreds of airstrikes in Syria during the eight-year conflict.

In an interview to New York Times [3] in January last year, Israel’s outgoing Chief of Staff Lt. General Gadi Eisenkot confessed that the Netanyahu government approved his shift in strategy in January 2017 to step up airstrikes in Syria. Consequently, more than 200 Israeli airstrikes were launched against the Syrian targets in 2017 and 2018, as revealed [4] by the Israeli Intelligence Minister Israel Katz in September 2018.

In 2018 alone, Israel’s air force dropped 2,000 bombs in Syria. The purpose of Israeli airstrikes in Syria has been to degrade Iran’s guided missile technology provided to Damascus and its Lebanon-based proxy, Hezbollah, which poses an existential threat to Israel’s regional security.

Though after Russia provided S-300 missile system to the Syrian military after a Russian surveillance aircraft was shot down by Syrian air defenses during an Israeli incursion into the Syrian airspace, on September 2018, killing 15 Russians onboard, the Israeli airstrikes in Syria have been significantly scaled down.

Before the evacuation of 1,000 American troops from northern Syria last year, the Pentagon had 2,000 US forces in Syria. After the drawdown of US troops at Erdogan’s insistence in order for Ankara to mount a ground offensive in northern Syria, the US has still deployed 1,000 troops, mainly in oil-rich eastern Deir al-Zor province and at al-Tanf military base.

Al-Tanf military base is strategically located in southeastern Syria on the border between Syria, Iraq and Jordan, and it straddles on a critically important Damascus-Baghdad highway, which serves as a lifeline for Damascus. Washington has illegally occupied 55-kilometer area around al-Tanf since 2016, and several hundred US Marines have trained thousands Syrian militants battling the Syrian government there.

Regarding the continued presence of American forces in oil- and natural gas-rich Deir al-Zor governorate, it’s worth pointing out that Syria used to produce roughly 400,000 barrels crude oil per day. Answering questions from Senator Lindsey Graham, Secretary of State Pompeo confessed [5] last month that the State Department had awarded an American company, Delta Crescent Energy, with a contract to begin extracting oil in northeast Syria.

Much like the “scorched earth” battle strategy of medieval warlords – as in the case of the Islamic State which burned crops of local farmers while retreating from its former strongholds in eastern Syria – Washington’s basic purpose in deploying the US forces in oil and natural gas fields of Deir al-Zor governorate is to deny the valuable source of income to Damascus.