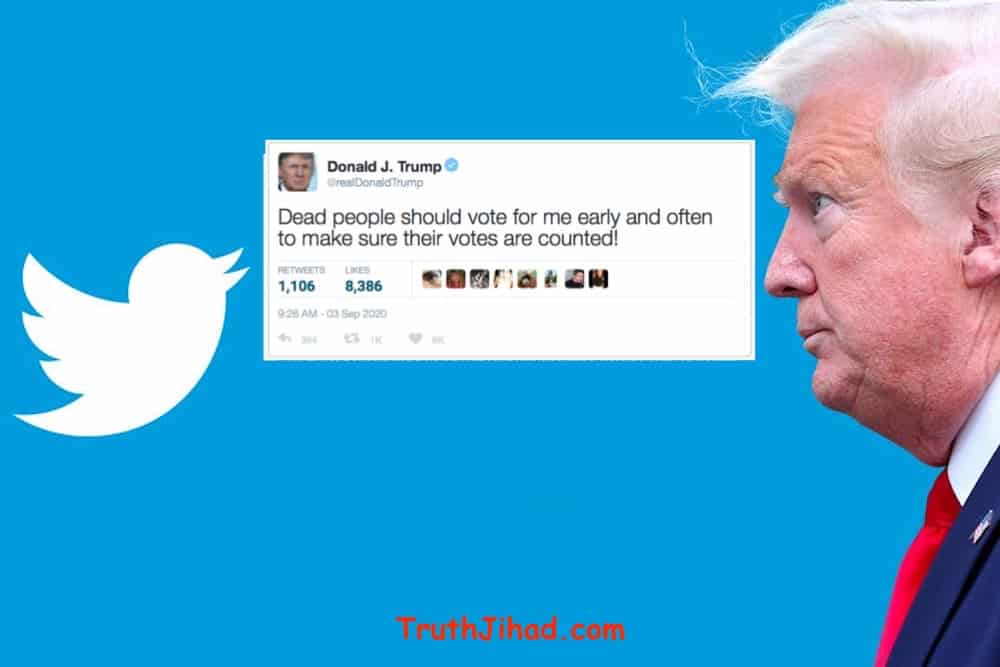 President Donald Trump is facing a storm of criticism after calling on dead people to vote for him “early and often.”

Responding to critics, Trump explained that he was not urging dead people to cast “just ten or twenty” votes each, which would be illegal, and might not work anyway. Instead, he said, each corpse should cast “hundreds or thousands” of votes as a safeguard to make sure that at least one of them is counted.

Trump explained that deceased people are routinely discriminated against in the voting process. “That’s one of the Democrats’ ways of rigging elections,” he said. “They make it hard for dead people to vote. Coffin lids are intentionally screwed on really tight, and most corpses are not buried with a shovel to remove the earth over their heads on election day. What’s worse, there aren’t nearly enough hearses to get all the corpses to the polls.”

Trump said all this was part of a Democratic plot—a “cemetery plot” as he called it—to steal the election. “You might be surprised to learn that dead people support me two to one over Biden, even though he looks and acts like one of them,” Trump explained. “That’s because my base, white racist old fogies, are dying out in record numbers—especially after I told them all to go out and catch COVID-19.”

Trump finished the press conference by calling on Karl Rove to unearth the corpse of Michael Connell and set him to work “fixing the voting machines” to help the deceased community overcome discrimination and cast a “yuuuuuge” number of pro-Trump votes.