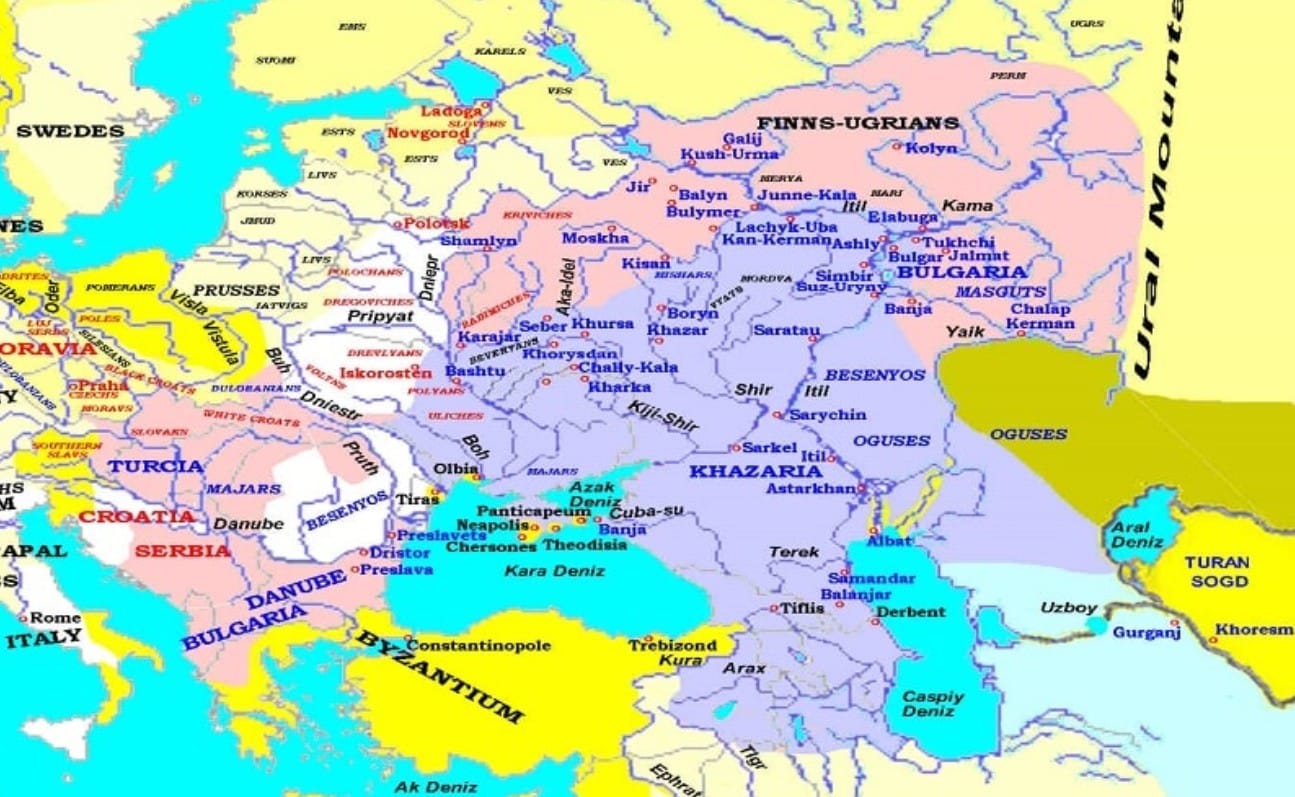 By Katherine Frisk for VT (deceased/missed)

A Russian friend once explained the Russian mindset to me. This is how it goes. While taking insult after insult, even a couple of blows, the Russian remains

Then one day when you least expect it, and you think you have put him in his place so that he knows exactly who is boss, he will turn around and punch your lights out. You will never see it coming.

I remember the very first boxing match I ever watched. It was between Arnold Taylor and Mexico’s Romeo Anaya. Bantamweight. My grandfather was a bantamweight boxer.( Yes it runs in the genes.) Anyways, little Arnold took blow after blow until around fourteen.

Battered, seemingly on the complete losing end, he turned around and punched Anaya’s lights out. As they were doing the count down he walked away and said: “He’s gone!” He knew the punch had hit home. The fight is often referred to as “the bloodiest fight in South African boxing history.” Very Russian!

Napoleon got his lights punched out by the Russians. So did Hitler.

Today the Russians, according to the Western Media, are on the ropes. The war on their border in Ukraine. The over 1 million refugees who fled to Russia. The manipulated drop in the value of their currency. The drop in the oil price. Their failing economy. Their so-called isolation from the rest of the world. Their “guilt” for shooting down MH17 when we all know very well it was a Kiev military jet.

The list of headlines prodding the bear into submission are endless.

All this while the Nuclear deal was being negotiated between Iran and the P5 + 1, which was successful and finally concluded. Opposed by, surprise, surprise, the Christian/Zionists, Israel, and Saudi Arabia.

All this while both Russia and then China celebrated the 70th anniversary, with much pomp and ceremony, of their victory over fascism which was unattended by leading dignitaries of their previous allies in World War II. In that war, Russia lost over twenty million people, and China not much less. These figures are not mentioned in the history books of Western schools.

In 2014 the Nazi Avov battalion, the advocates of Stepan Bandera, terrorized Russian speaking Ukrainians in Donbas.

Nazi thugs raped and burnt to death Russian speaking Ukrainians in the Trade Centre building in Odessa. These Nazis have had the financial support of millionaire Kolomoisky, a Jew.

The Kiev coup was instigated and led by Victoria Nuland a Jew, whose ancestors came from Eastern Ukraine. Sheldon Adelson, a major funder of the Republican party who advocates bombing Iran and does not like journalists, also comes from Eastern Europe. So does Dov Zakheim of Booz, Allen & Hamilton. The Kiev coup was also instigated and led by Joe Biden and John McCain, Christian/Zionists. The best, apparently, that the USA has to offer the political establishment.

Edward Snowden whose grandfather was in the Pentagon on 9/11 when the missile struck the building, is now in Russia. Snowden as we know, not only worked for Booz, Allen & Hamilton but also for the NSA. He took those secrets with him.

We have been so bombarded by stories of the Holocaust in World War 11 and the death of six million Jews at the hands of the Nazis, that this strange marriage between Jews and Nazis today in Ukraine is unfathomable. What is also unfathomable is that the so-called ISIS terrorists that the West has been “fighting,” are now being imported into Ukraine to fight on the side of the Kiev Junta against the Russians. Where is the connection?

The Khazars who converted to Judaism have always been at odds with the Russians. When the Russians chased them out and into Ukraine, the Polish nobility made a pact and, in return for fighting Russians, they gave the Ashkenazis land rights at a time when feudalism meant that all property was owned by the landed gentry.

The Polish nobility was Roman Catholic who had long been in confrontation with the Russians who converted to Orthodox Christianity in the 8th century A.D. After the Latin Church sacked the Hagia Sophia in Constantinople in the 13thcentury and then the Turks sacked it again in the 15th, a natural affiliation grew between the Turks, the Ashkenazi Jews and the Roman Catholics in Eastern Europe developed, an affiliation that to this day has Russia in its crosshairs.

The Turks were Khazars from Anatolia who converted to Islam. The Ottoman Empire ensured that Orthodox Christianity and Russia would never again rise in Eastern Europe and challenge the Vatican’s autonomy.

Over the centuries, the Khazars have infiltrated the Roman Catholic Church, Judaism, and Islam. The Khazar creed was to adopt the culture and religion of the society into which they integrated, but at the same time hold true to their Khazar origins. As I pointed out in a previous article, the Saudi Royal Family was founded by a Khazar who had converted to Judaism, then went to Arabia, married an Arab woman, and then converted to Islam.

For now, let’s return to the present.

In early August 2015, rumors flew around that Putin had called the Turkish ambassador into his office and told him that if he persisted in supporting ISIS then Russia would bring Stalingrad to Syria. Some believed these rumors, many didn’t.
On the 28th of September, Putin gave his now historic speech to the United Nations. On the 30th of September, the Russians turned around and delivered a knockout punch. The Russians legally and within United Nations guidelines entered the war in Syria and started bombing ISIS strongholds.

Lavrov quoted from a well-known and often used American phrase:

The world changed overnight. But has it really changed? Or are we seeing the same old playbook over, and over and over again?

Obama who has strong ties to the Muslim Brotherhood was put into office with the support of Brzezinski.

The Americans supported the rise of the Muslim Brotherhood in Egypt, which has since been overthrown by General Sisi.

The state of Israel was created by Ashkenazi Jews from Ukraine and Russia. Israel has been supporting ISIS on the Golan Heights. Many have questioned why ISIS has not attacked Israel. Because Israel is only too happy to support ISIS and the overthrow of Assad, thereby ensuring the balkanization of Syria and Israel’s illegal occupation going unchallenged on the Golan Heights.

What we have here is BZ, a Vatican agent. Obama, a Muslim Brotherhood supporter, and Bibi a Zionist, all of whom I strongly suspect have their origins in Khazarian political, social and religious foundations that go back in history to over 1,000 years ago.

A recent comment on a blog from a still deluded Westerner who actually believes everything spewed by CNN, after seeing the Russians put paid to ISIS in Syria in barely two weeks asked:

“But… what have the Americans been doing in Syria for four years?”

Most people cannot get their heads around this reality. And many do not understand their history.

After World War 11 the top-ranking Nazis were given safe haven in America, which is not surprising, as many Americans funded and supported Hitler and the rise of fascism in Europe.

Prescott Bush, the father of George Bush senior, along with Allen Dulles, a Nazi, were some of the founders of the CIA. The CIA in turn, since the end of World War II, has been a major instigator and engineer in the rise of fascist dictators in both South America and Africa.

The current Pope Francis is a Jesuit and has been linked with human rights abuses in Argentina during the military dictatorship in Argentina between 1976-1983.

Brzezinski comes from Ukraine, a small town that once was part of Poland. He is from the black nobility, trained at a Jesuit College in Canada, and is a Nazi. He has been a very influential figure in American politics over the last sixty years, famous for his tome, The Grand Chessboard.

Soon after Russia started making mincemeat out of ISIS in Syria in October 2015, Brzezinski came out with his statement:

The plan has been to create Islamic extremists. This time not to get the British out of the Middle East, but to finally conquer Russia through Ukraine, Afghanistan, Pakistan, and the Caucasus and bring about the culmination of the Grand Chessboard. Fascist control of Eurasia.

In Major Shift, Obama Cancels US Troop Withdrawal From Afghanistan

It has never been about the state of Israel, it has always been about creating an Ashkenazi outpost to finally overthrow Russian domination in Eastern Europe and then take control of Russia itself.

No prizes for the correct answer.

Katherine Frisk is a freelance writer, political commentator, and author of Jesus Was A Palestinian.