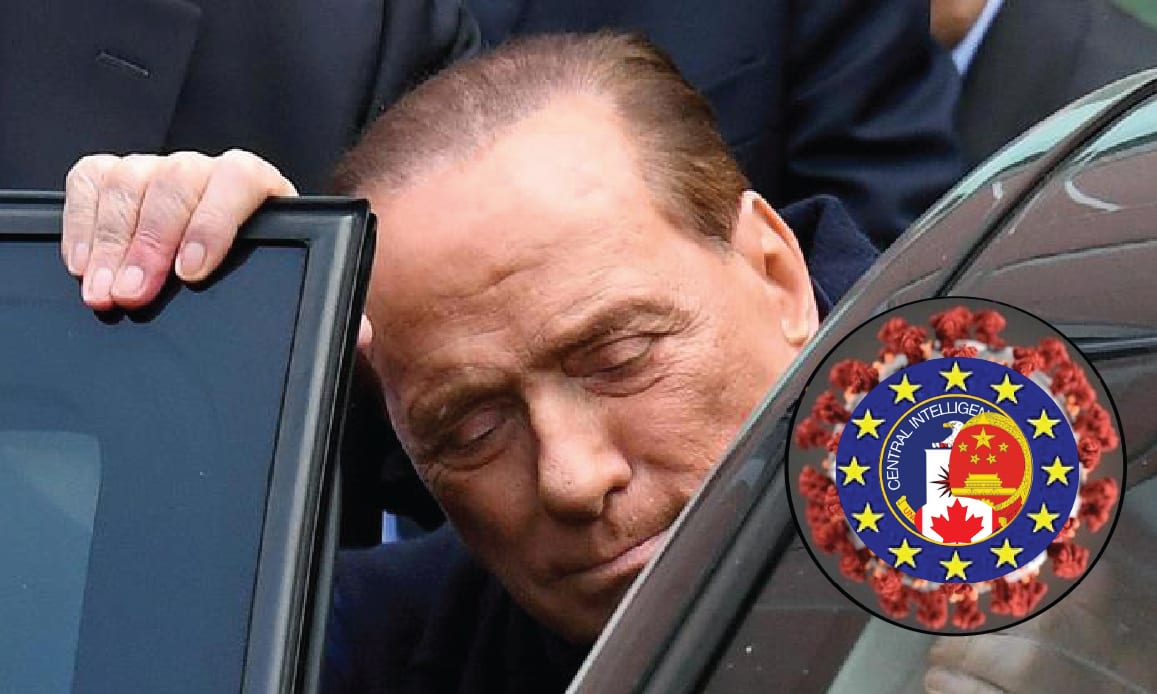 After Flavio Briatore, famous tycoon of Formula 1 and Billionaire nightclubs in Costa Smeralda (Sardinia) and in other extra-luxury places on earth, it is the turn of former Prime Minister Silvio Berlusconi, the most important VIP between Porto Cervo and Porto Rotondo, to finish at ‘Milan hospital because it is positive for Covid-19.

The SARS-2 infection seems to favor entrepreneurs committed to supporting the policies of the center-right and nationalist sovereignty in an Italy increasingly manipulated by the center-left of the Democratic Party, embroiled in the scandals among the magistrates of PalamaraGate, under investigation for judicial corruption, and other multiple investigations of bribes, slowed down by the pandemic that has come at the providential moment for the many PD suspects also in the context of proceedings against the mafia.

In relation to the previous “tip” of some 007s we have deliberately left out the references to the contagion of Berlusconi and his relatives, which took place in the Costa Smeralda targeted in an at least surprising way by this SARS-2 syndrome. A few days later, here is the news that not only the former prime minister is positive but he also had to be hospitalized. The coincidences are now such and many that only an idiot can believe in the virus of natural origin …

It has been written in abundance about the contagion of Briatore and about fifty employees of the Billionaire of Porto Cervo noting that the spread of the coronavirus was so “surgical” as to confirm the intelligence rumors on the propagation of Covid-19 by the services secrets diverted to the order of the Deep State which wants to impose mandatory vaccination on the whole world.

But in order to avoid influencing anyone’s thoughts, we report in detail the article published by the Italian news agency ANSA.

Silvio Berlusconi was hospitalized in Milan at San Raffaele for investigations after he tested positive for Covid. President Berlusconi, after the appearance of some symptoms, was hospitalized at the San Raffale hospital in Milan as a precaution. The leader of Forza Italia was diagnosed with early bilateral pneumonia.

According to what is learned from health sources, this would be the diagnosis that emerged from the scan to which the Cavaliere was subjected and which led to his precautionary hospitalization.

“The swab to which Silvio Berlusconi was subjected on September 2 was planned. We detected a positivity in a subject that I defined asymptomatic. In a few hours, yesterday, in a situation of absolute tranquility, I decided to pay a visit and during this visit I found a mild pulmonary involvement “.

This was declared by the San Raffaele head physician and premier Alberto Zangrillo’s doctor in the press section on Berlusconi’s conditions. The hospitalization of Silvio Berlusconi was deemed necessary because the subject is at risk for his age and previous pathologies, but we are in hospital with a calm and comforting clinical situation” added Zangrillo.

“The hospitalization regime is normal. It is in a room that meets the requirements of regional laws regarding the protection of third parties and the patient. The patient is not intubated, he breathes spontaneously” said the head of the intensive care unit of the San Raffaele hospital in the press point on Silvio Berlusconi. “I am optimistic for the next few days “, he adds.

“I am convinced that it was a precautionary hospitalization and that there will be a positive evolution”. This is what is claimed by Professor Luca Richeldi pulmonologist, director of the pneumology department of the Gemelli Polyclinic and member of the Scientific Technical Committee of the Ministry of Health regarding Berlusconi’s hospitalization. The hospitalization took place around midnight yesterday. In home isolation in Arcore since Wednesday after having tested positive for Covid, yesterday in the late afternoon he spoke by telephone at a party conference in Genoa explaining that he was “quite well”, that he no longer had fever and pain. A few hours later, however, hospitalization at San Raffaele was decided.

The former premier is in an isolated room in sector D. “There will be a medical bulletin at 16, before the bulletin better all the news that goes around must be considered a bit rash. They are doing all the necessary checks, at 16 Professor Zangrillo, in agreement with the San Raffaele hospital, will issue a press release, a medical bulletin with all the checks. Everything we say before would be unreliable and unreliable “, said the vice president of Forza Italia Antonio Tajani, interviewed on the sidelines of a press conference in Genoa on Berlusconi’s health conditions.

“He is hospitalized there, for checks, to prevent anything. We are in contact. But nobody knows anything. It is the doctors who have to make all the necessary assessments”, he added.