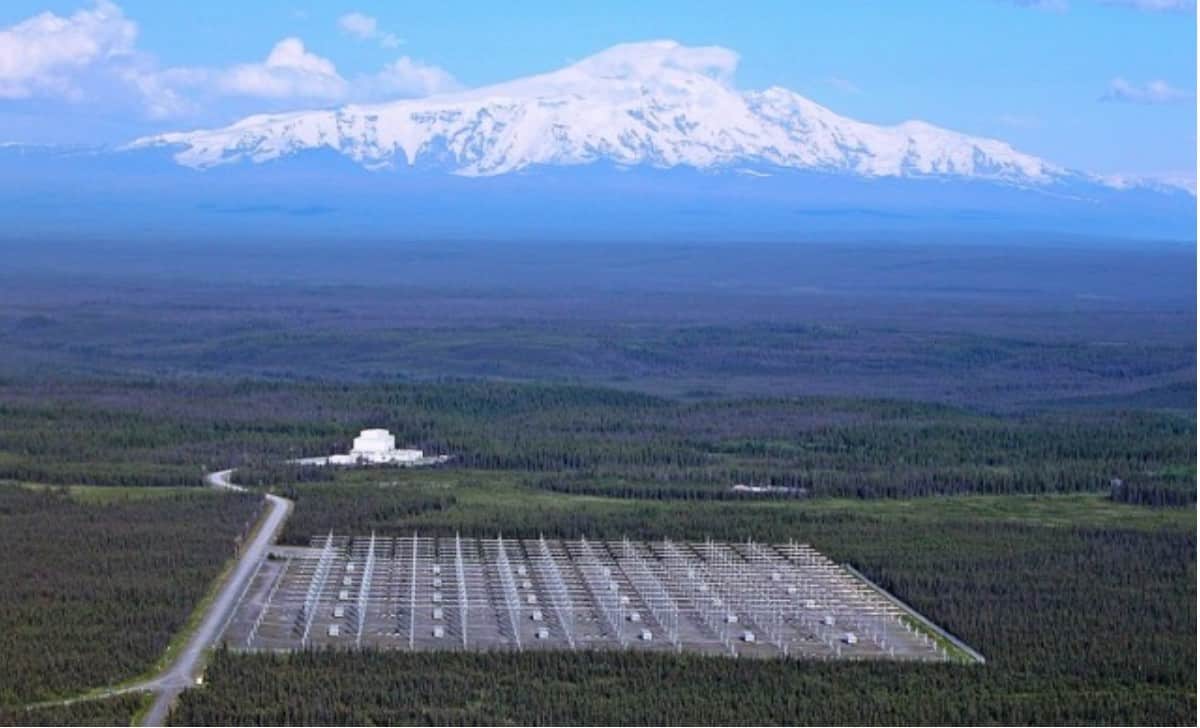 The plasma of this typical example might be employed to modify or disrupt microwave transmissions of satellites. If less than total black-out of transmission is desired (e.g., scrambling by phase shifting digital signals), the density of the plasma (Ne) need only be at lea about 106 joules per cubic centimeter for a plasma originating at an altitude of from about 250 to about 400 km accordingly less energy (i.e., electromagnetic radiation), e.g., l08 joules need be provided.

Likewise, if the density Ne is on the order of 108, a properly positioned plume will provide a reflecting surface for VHF frequency’s and can be used to enhance, interfere with, or otherwise modify communication transmissions. It can be seen from the foregoing that by appropriate application of various aspects of this invention at strategic locations and with adequate power sources, a means and method is provided to cause interference with or even total disruption of communications over a very large portion of the earth.

This invention could be employed to disrupt not only land based communications, both civilian and military, but also airborne communications and sea communications (both surface and subsurface). This would have significant military implications, particularly as a barrier to or confusing factor for hostile missiles or airplanes.

The belt or belts of enhanced ionization produced by the method and apparatus of this invention, particularly if set up over Northern Alaska and Canada, could be employed as an early warning device, as well as a communications disruption medium. Further, the simple ability to produce such a situation in a practical time period can by itself be a deterring force to hostile action.

The ideal combination of suitable field lines intersecting the earth’s surface at the point where substantial fuel sources are available for generation of very large quantities of electromagnetic power, such as the North Slope of Alaska, provides the where withal to accomplish the foregoing in a practical time period, e.g., strategic requirements could necessitate achievable in the desired altered regions in time periods of two minutes or less and this is achievable with this invention, especially when the combination of natural gas and magneto-hydrodynamic, gas turbine, fuel cell EGD electric generators are employed at the point where the useful field lines intersect the earth’s surface.

One feature of this invention which sates a basic requirement of a weapon system, i.e., continuous operability, is that small amounts of power can be generated for operability checking purposes. Further, the exploitation of this invention, since the main electromagnetic beam which generates the enhanced ionized belt of this invention can be modulated itself and/or one or more additional electromagnetic radiation waves can be impinged on the ionized region formed by this invention as will be described in greater detail herein after with respect to FIG. 4, a substantial amount of randomly modulated signals of very large power magnitude can be generated in a highly nonlinear mode. This can cause confusion of or interference with or even complete disruption of guidance systems employed by an enemy.