After WWII several German nuclear scientists who had been engaged in Nazi Germany’s Atomic weapons projects attempted to patent their design for a nuclear weapon with a sub critical warhead. Wartime Nazi patents which by prior agreements should have been equally distributed between all Allied powers were instead confiscated by the United States and spirited out of Germany in great secrecy.

The United States used this booty to create a technological prowess and prosperous economy for itself for the next six decades.  The unlawfulness of the taking such patents is one of the key reasons why much about the Nazi A-bomb remains secret to this day.

Post war attempts to obtain a grant of Patent for improved devices were frustrated in Germany, but articles and books describing these inventions were published in France by key German scientists like Diebner using the pseudonym H.J. Hajeck. Publishing these inventions co-coincided with efforts by former Nazis to sell arms and nuclear technologies to Egypt and Syria in the 1950s.

The approach taken by nuclear physicist Dr Erich Schumann and ballistics expert Dr Walter Trinks relied upon Germany’s mastery over chemical explosive hollow charge warheads, invented during 1935 by Franz Rudolf Thomanek. It is worth mentioning that during the development of hollow charge explosives a high speed camera was invented to record explosions which took photos at 45,000 frames per second.

Principle of the Weapon

An important key to influencing Lithium to generate Neutrons in what is called a plasma pinch is to superheat Lithium above 800 degrees Centigrade under massive pressures circa 100,000 atmospheres.

Another important factor is the creation of a vacuum cavity which assists the propagation of a plasma to form X-rays. The Schumann / Trinks A-bomb exhibited both features. 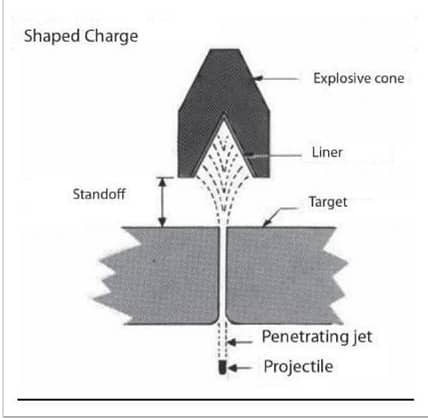 Schumann & Trinks proposed to set up two conical hollow charges facing one another to implode a mixture of ingredients towards each other as two molten slugs. These slugs of Lithium-6 collided with each other at speeds up to 10 kilometres per second. With such pressures and temperatures, Lithium-6 in the presence of Deuterium sheds neutrons in a massive rush, which artificially recreates the same critical mass effect obtained in a conventional nuclear warhead.

Today shaped Hollow charges are often used for rocket propelled anti tank grenades carried by infantry men. These are light weight weapons lacking in the kinetic energy available from a long barreled tank gun. Even before WW2 it was self evident that infantry required some other way to overcome tanks

In Germany Dr Franz Rudolf Thomanek working with Dr Eric Schumann developed the hollow charge weapon to take out fortifications like the Belgian fortress of Eben Emael, where several large cupped explosive charges hung over thick steel doors by glider born troops blew entrances into the fortress. Smaller versions were developed for the Panzerfaust weapon whilst in England a Swiss scientist assisted the Allies to develop counterpart weapons.

In essence a thin cone of metal, called a liner, was formed into a cup. The open cupped end would face the target. On the rear side of such a cup explosive was packed usually contained behind the liner by a cylinder or some other form of container. The explosive would be detonated from above and behind the apex of the cone.

The purpose of such a cone would be to focus a molten slug of metal at very high speeds onto the targeted surface. In effect the cone would deform and invert itself forming a superheated molten arrow.

For work in destroying armored tanks, the liner was made from copper, however in 1936 Dr Ronald Richter inadvertently discovered superheated Lithium reacted with Deuterium, an isotope of Hydrogen in Heavy water, to cause nuclear fusion.

Nuclear fusion was instantly recognized as a useful property for generating external neutrons for igniting an explosion in the fissile core of a nuclear weapon. With this method a fissile mass below the point of natural critical mass could be raised to criticality in an instant.

In order to create such an effect the liner had to be made from Lithium. The target had to be composed of Deuterium. As a liquid Deuterium proved to hard to contain as a target, however as a Hydride of Lithium, it could be used to coat a fissile target. When detonation occurred the resulting effect was known as a Deuteron beam.

The Neutron Flux applied externally to a small fissile mass, whether it be Uranium 233, Uranium 235, or Plutonium 239 ensured uniform distribution of neutrons at the point of criticality, thus overcoming a major inefficiency in the Allied Atomic bombs of 1945.

2. The two cones were then mated together and a vacuum formed inside the two cups. special fast acting explosives were packed around the outside of these cones;

3. At the moment of detonation two detonators were fired simultaneously at the apex of each Lithium cup;

4. The surrounding explosion enlarged shockwaves beginning at the apex of each cone pushing the apex inwards. This deformed the Lithium cups and effectively inverted the cone in a slug of molten Lithium moving at supersonic speeds. This Lithium in a microsecond turned into a Plasma shockwave. As the Lithium Plasma shockwave reached the fissile marble, their impact with the Deuteride coating caused a plasma pinch, or put another way their ionised state generated X-rays which triggered nuclear fusion between Lithium and deuterium which inundated the fissile mass with a mass of neutrons. The rush of neutrons had entirely the same effect as placing the fissile marble at the heart of a larger critical mass;

Below is a schematic diagram based on a post war patent by the scientists who developed this design from 1942 to 1943; 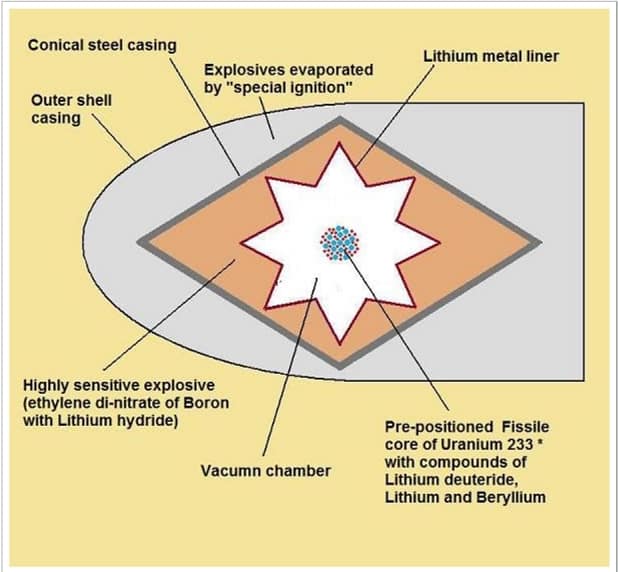 Schumann & Trinks would also have had the benefit of a scientific paper from Japan in 1941,* disclosing a photo-fission method for generating artificial radiation. Photo-fission for example can be harnessed to transmute Uranium 238 to Plutonium without the need for a nuclear reactor. 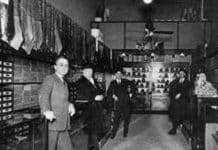 Harry S Truman’s role in World War I, in creating new State of Israel, & in warning of anarchy leading to dictatorship 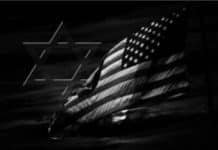 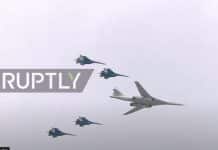 VT Celebrates Victory Day with Coverage of the Moscow Parade, the US Seems to Have Forgotten