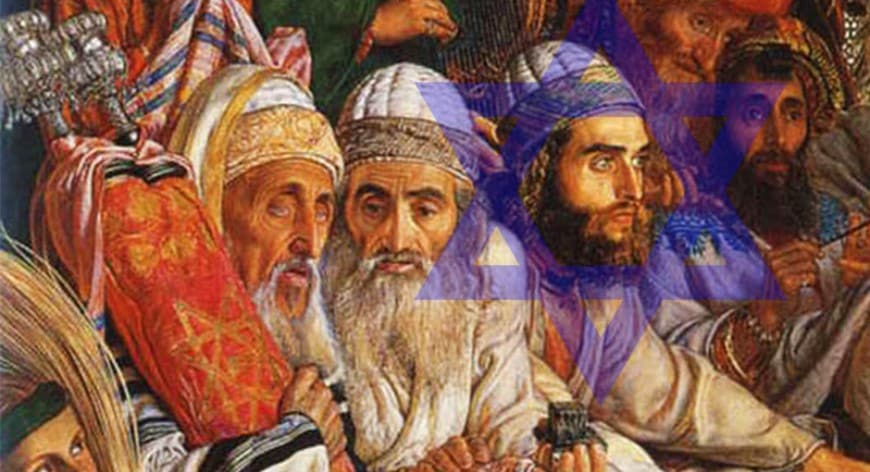 The Jewish News Syndicate, quoting a statement by the cultish groups which support BLM, declared: “When black movements are undermined, it leads to more violence against black people, including black Jews.” Once again, why does this equation only work for one particular group—or one particular movement? Isn’t that inherently racist? And why does that equation only work in certain locations? Why can’t that equation work perfectly well in Israel, where black Jews are being treated like animals?

Listen to this. In 2018—yes, 2018—Israel passed “Jewish-only ‘national self-determination’” law![2] Let us stop and think for a moment. Can you imagine the reaction if some neo-Nazi group happens to start a similar law in America? Wouldn’t Jewish organizations (from the ADL to the Jewish Telegraphic Agency) start screaming and kicking and gyrating all over the media?

Yet racist laws and policies have become routine in Israel and no serious Jewish organization has said a damn thing about it. Migrant workers for example have ended up working “at 25% below the minimum wage, without medical or social benefits, and without any work permit whatsoever.”[3]

But that’s just the tip of the iceberg. Racism is also ingrained in Israeli schools as well. Listen to a tenth grader:

“In my education I learned that…their education is to be terrorists, and there is no belief in them. I live in an area of Arabs, and every day I see these Ishmaelites, who pass by the [bus] station and whistle. I wish them death.”[4]

You may think that this is a disgruntled and deranged high school kid, and her abiding hatred toward the Palestinians does not represent a significant number of schools in Israel. But you would be wrong. In an article entitled “Israeli Teens Gripped by Virulent Racism,” the Jewish Daily Forward reported in 2014:

“One student relates that he heard in the synagogue on Shabbat that ‘Aravim Zeh Erev Rav’ [‘Arabs are rabble,’ in a play on words], and also Amalek, and there is a commandment to kill them all,’ a reference to the prototypical biblical enemy of the children of Israel. Another student says he would take revenge on anyone who murdered his family, but would not kill them all.”[5]

This is not surprising, for we have seen similar incidents in history.[6] In fact, Talmudic ideology always views the Goyim as the enemy to be conquered and slaughtered. It is the way that the Khazarian cult works, and it is essentially racist and diabolical. But again who is protesting against this? The ADL?

In any event, what are the cults that are now supporting BLM? Here they are:

Coalition on the Environment and Jewish Life

Congregation Or Atid of Wayland, MA

Congregation P’nai Or of West Hartford

Conservative Synagogue of the Hamptons

Greater Cincinnati Board of Rabbis

Howard County Board of Rabbis

Jewish Community Board of Akron

Jews in ALL Hues

Jews of the Earth

Kolot Chayeinu / Voices of Our Lives

Massachusetts Board of Rabbis

Matanot Lev | Gifts of the Heart

MAZON: A Jewish Response to Hunger

RAPHA, The Center for Healing and Spirituality

Religion Outside The Box

SAJ-Judaism that Stands for All

The Board of Rabbis of Greater Rhode Island

The Center for Jewish Studies at UNC Asheville

The Jewish Center and Federation of the Twin Tiers

The Jewish Federation of Reading/Berks

The Kirva Institute — Inside Out Wisdom and Action

The Shul of New York

The Tasman Center for Jewish Creativity

The Wisdom School & Temple of SOPHIA