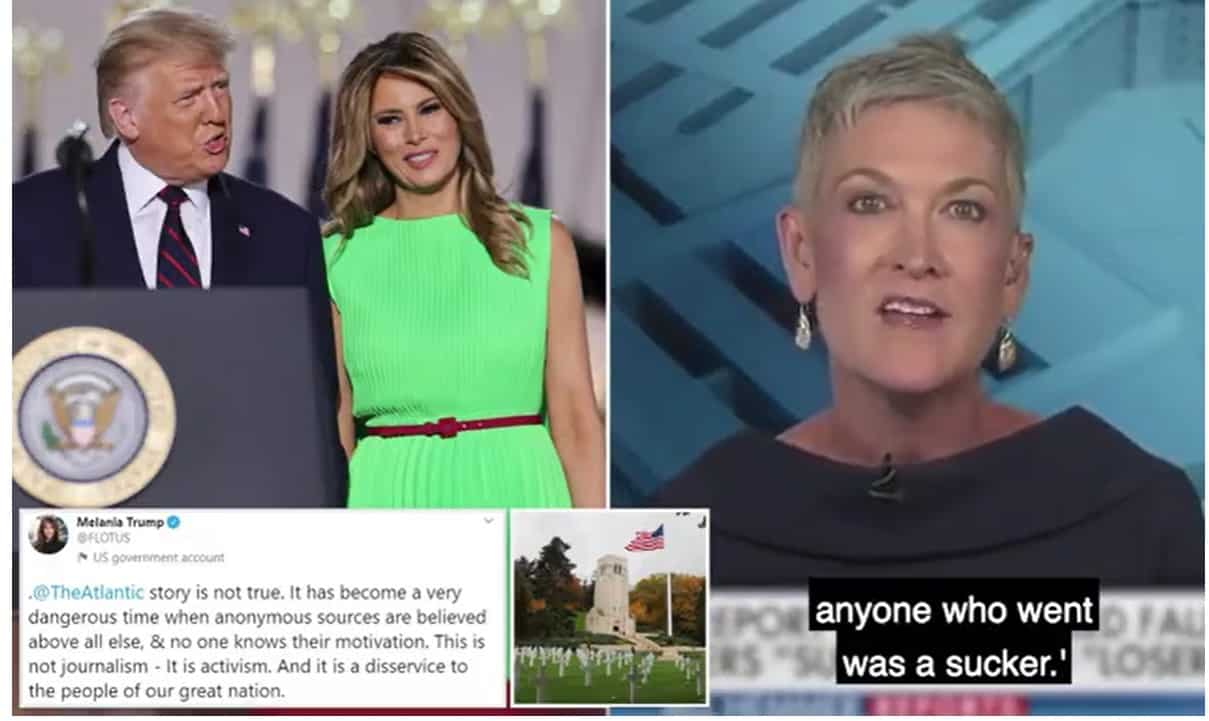 Donald Trump on Friday night demanded that Fox News fire a reporter after she confirmed a series of highly-damaging incidents detailed in an Atlantic article. In the magazine story, Trump said he did not understand why the United States intervened on behalf of the Allies, and why Americans signed up for the war, because they were not going to get rich through fighting. He described those who fought in Vietnam as ‘losers’ because they did not find a way around the draft.

Jennifer Griffin once helped to secure the release of her colleagues who were kidnapped in Gaza.

She reported from war zones for years and is now one of the most well connected journalists in DC.

She embodies what the industry is built upon. Truth and accountability. https://t.co/kcFF5BZhNJ

Jennifer Griffin tells it like it is.
This message goes for all at Fox as well.
It's time to start
reporting the truth.
America is riddled with a cancer of hate.
It's time to start cutting it out.
Thousands in the GOP are.#VoteBidenHarrisToEndThisNightmare pic.twitter.com/qvwzNDKqEa

The president re-tweeted an article in Breitbart which attempted to pour cold water on Fox News’ confirmation, noting that the reporter, Jennifer Griffin (right), was unable to confirm that the president cancelled a 2018 trip to a Paris war cemetery because he was worried about his hair. Griffin instead reported he simply did not want to go. And she was not able to confirm he called World War One veterans ‘suckers’ – only that he called Vietnam veterans ‘suckers’. Melania Trump on Friday night defended her husband (left).

Trump calls for Fox News journalist, Jennifer Griffin to be fired for confirming that the president did in fact call fallen soldiers ‘losers’ | The Guardian https://t.co/nyaYjuYmyu

But isn't it real damn funny that Trump uses ," many" people anonymous sources all of the time ??