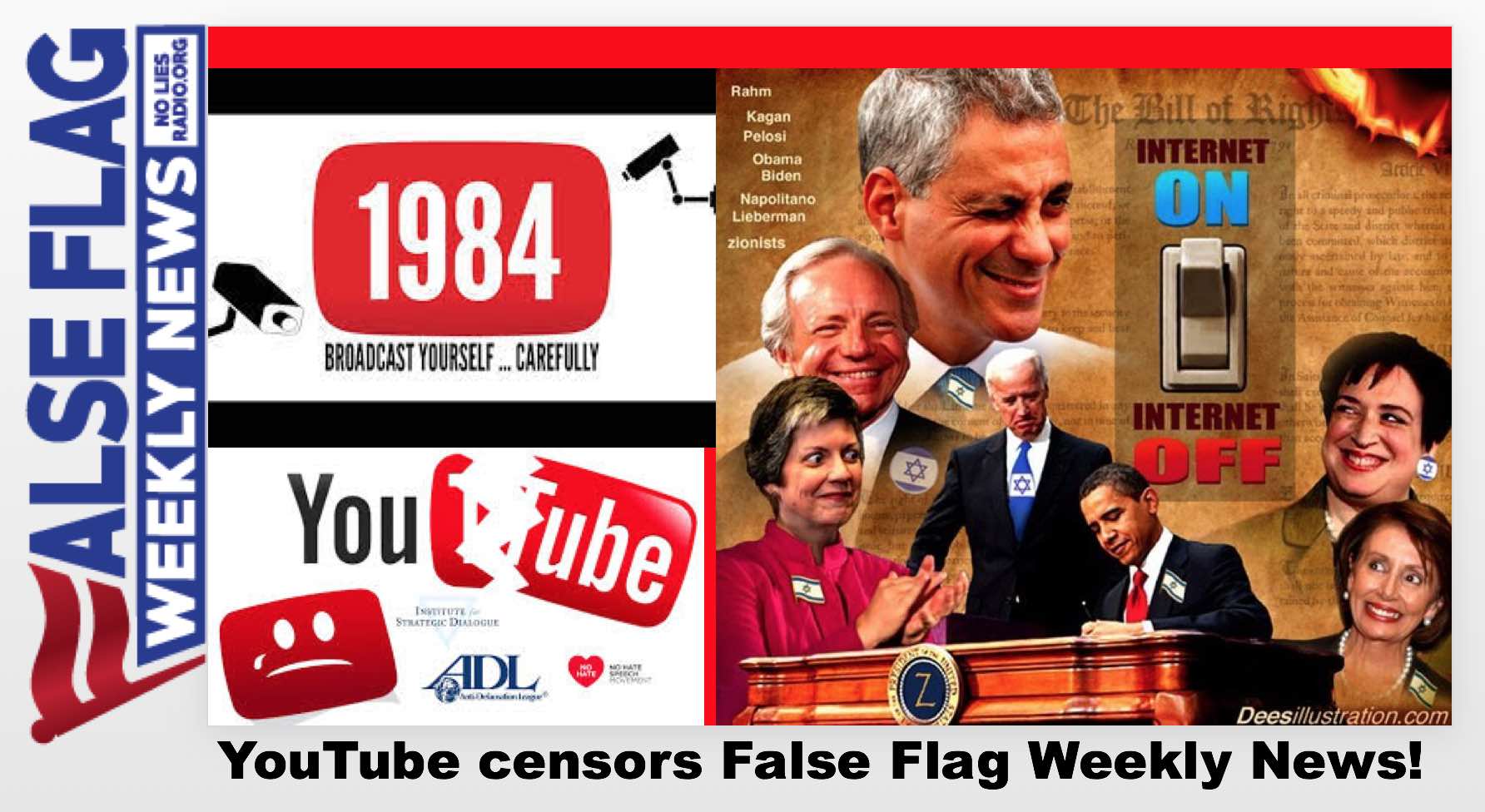 In the middle of today’s live webcast of False Flag Weekly News, YouTube nuked the broadcast, issued a strike, and froze my channel for a week. They absurdly claimed that I violated their policy against “impersonation.” I immediately appealed:

YouTube’s determination is obviously mistaken. There has been no impersonation. This has been my channel, and I have been doing False Flag Weekly News, for more than a decade! I use my own name in all my work, and my guests always use their real names too. We are certainly not impersonating anyone or any channel, nor are we selling any products. Please fix this mistake ASAP. It is hurting my business and costing me money.
Additionally, you owe me an explanation of how this egregious mistake was made, and by whom. If someone deliberately filed a false report of impersonation in order to damage my business, they are liable for civil and perhaps criminal damages. A reasonable explanation would save me the trouble of lawyering up and sending a process server to YouTube headquarters.

I cannot imagine what a reasonable explanation could possibly be. We were almost halfway through the live broadcast at 10:25 Central Time, close to the 25 minute mark in the archived video, when YouTube pulled the plug on the live broadcast and on my whole channel. Why would they suddenly imagine that I was impersonating some other Kevin Barrett doing some other False Flag Weekly News on somebody else’s Truth Jihad channel?!

What must have happened, I surmise, is that somebody arrogant enough to think they don’t need to follow the rules decided to nuke the broadcast and my channel on the most spurious imaginable pretext, as a form of gaslighting and general harassment, because they don’t like the political views expressed on the show.

Fortunately we have raised a small but steady trickle of income through our weekly Fundrazrs and now have the resources to back up the broadcast on Twitch. Free speech isn’t exactly free any more. But it won’t go down without a fight.

UPDATE: APPEAL REJECTED—YOUTUBE DOUBLES DOWN ON ACCUSING ME OF IMPERSONATING MYSELF! NOW I KNOW THEY ARE GASLIGHTING ME