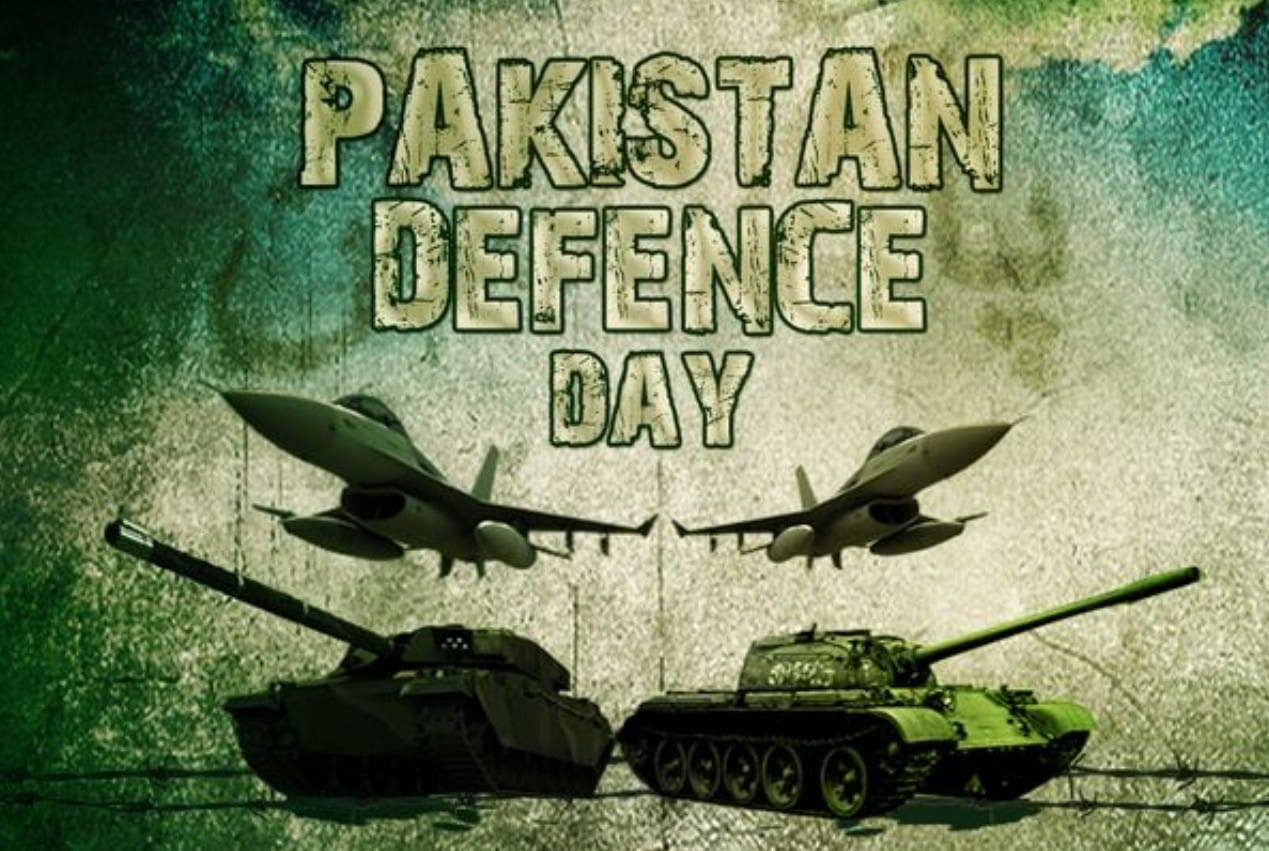 The 6th of September is celebrated every year as the Defense Day by every Pakistani, as on this day, Pakistan’s courageous Armed Forces and the entire nation stood united in 1965 for the defense of the homeland against India’s nefarious designs which had threatened the territorial integrity of the country through an all-out war.

This year, this very day has come at a time when Pakistan is facing multiple threats of grave nature externally and internally.

Since August 5, 2019 when Indian government revoked articles 35A and 370 of the Constitution, which gave a special status to the disputed territory of the Indian Illegally Occupied Kashmir (IIOK), Indian fanatic government of the ruling party BJP led by the extremist Prime Minister Narendra Modi continued lockdown there, as New Delhi unilaterally annexed the region with the Indian Federation to turn Muslim majority into minority.

Implementing the ideology of Hindutva (Hindu Nationalism), Indian rulers also issued domicile certificates to more than 400,000 non-Kashmiris and martyred many people by accelerated firing at the stone-pelting Kashmiris who have been protesting against India’s illegitimate actions.

Besides, Pakistan’s Armed Forces, especially, Pak Army and Rangers have been boldly responding to India’s unprovoked shelling inside the Pakistani side of Kashmir.

Tension escalated rapidly between the two countries on February 27, 2019 in the aftermath of the false flag terror attack of Pulwama, when in response to the Indian pre-emptive air strike near the town of Balakot-Pakistan’s sector of Kashmir, Pakistan Air Force (PAF) shot down two Indian Air Force (IAF) fighter jets and launched aerial strikes at six targets in the Indian Occupied Kashmir (IOK). Pak Army also captured an Indian pilot.

The truth about India’s surgical strikes exposed, when Indian top civil and military leaders failed in providing any evidence. The then External Affairs Minister of India, Sushma Swaraj, also admitted that no Pakistani soldier or citizen died in the air strike in Balakot.

Military thinkers agree that, although the physical force will determine the type and scale of war, yet it is the ‘will to fight’ or ‘moral force’ which determines the outcome of war.

Clausewitz puts it this way, “One might say that the physical force seems little more than the wooden hilt, while moral factors are the precious metal, the real weapon.”

In his book, “Fighting Power: German and U.S. Army Performance, 1939-1945”, Creveld identifies the elements of ‘moral force’, whom he calls “fighting power, the willingness to fight and the readiness, if necessary, to die”. The greater these elements, the less vulnerable an armed force will be to demoralization. ‘Moral force’, then, is the crucial factor in determining the combat power of any belligerent.

During the 1965 war such elements like will to fight and ‘moral force’ have been more found in the personnel of Pakistan’s Armed Forces then those of India.
When, on September 6, 1965, India started the war and its forces crossed the international border in Lahore, Pakistan’s Armed Forces quickly responded. Indian Regiment had also crossed the BRB canal and captured the town of Batapore (Jallo Mur).

The same day, a counter offensive by Pakistani soldiers forced the Indian 15th Division to withdraw to its starting point. In this context, the huge credit goes to the all men of Pak Army. Without bothering for their lives, they fought bravely. Among them, Major Raja Aziz Bhatti played a key role in the outcome of the Lahore battles and was martyred.

In case of Sialkot, several soldiers of the Pak Army sacrificed their lives to stop advancement of Indian tanks. The 1965 war witnessed some of the largest tank battles since World War II, and was fought at Chawinda in Sialkot sector—The Battle resulted into victory of Pakistan whose armoured forces destroyed 120 Indian tanks.

Regarding aerial warfare between PAF and IAF, the latter emerged as victorious in the 1965 war because, at the cost of their personal safety, the personnel of PAF defeated India. PAF had destroyed 100 Indian aircraft on ground and in the air, damaged more than 10. In this respect, Squadron Leader M. M. Alam set new records in history of air warfare on September 7 and shot down five Indian aircraft in less than sixty seconds at Sargodha.

Let us take the example of Flight Lieutenant Yunus Hussain who fought in air battles fearlessly. During one such engagement, he fought singly against 6 enemy aircraft and shot down 2 Hunters. On September 6, while attacking Halwara airfield, his small formation was intercepted by a large number of enemy. Although his aircraft was hit, he refused to break off the engagement by disregarding his personal safety and was martyred.

The role of the Pakistan Navy in the Indo-Pak war of 1965 is appreciable. Securing Pakistan’s coasts, it played a vital role in defeating India. The Operation Dawarka was launched by Pakistan on September 7. The Operation was successful—Indian warships were harboured in Bombay and were unable to sortie. In this regard, Ghazi, the only submarine, successfully attacked heavy ships of the Indian Navy.

However, there were many other national heroes like Brigadier Ahsan Rashid, SQN LDR Sarfaraz Ahmed Rafiqui and others who fought boldly against the Indian forces.

As regards internal challenges, by imbibing the same spirit of the 1965 war, Pakistan’s Armed Forces, during the successful military operations, Zarb-e-Azb, Radd-ul-Fasaad and Operation Khyber 4 have killed many terrorists through a ground offensive. During street to street fighting, without bothering for their lives and by air-dropping commandos at the risky places, our forces made great headway in disrupting the militants’ supply routes and links.

And our country’s primarily intelligence agency ISI recovered a huge cache of arms and ammunition from the terrorists. Thus, security agencies have successfully broken the backbone of the foreign-backed terrorists. Peace has been restored in the provinces of Khyber Pakhtunkhwa and Balochistan Karachi, including other regions.

Nonetheless, it was due to the ‘moral force’ that, despite Indian surprise invasion in 1965 and the qualitative and numerical superiority over Pakistan, by sacrificing their lives, Pakistan’s Armed Forces not only recaptured the Indian territories, but also took Khem Karan from Indian forces, including various regions of Rajastan, Sindh, and Chumb in Kashmir. Indian defeat was owing to its soldiers’ demoralization.