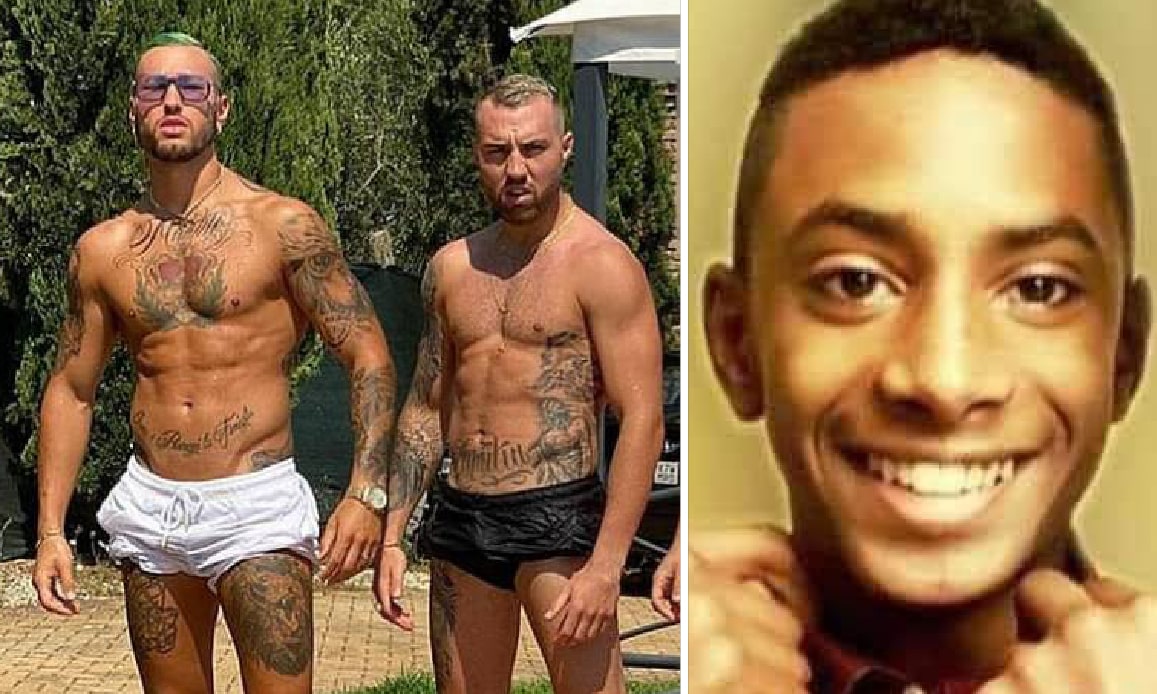 “We didn’t touch it. We reject all accusations. We intervened to divide, we saw a riot and we arrived.” This is what Marco and Gabriele Bianchi said during the interrogation to validate the arrest for the murder of Willy Monteiro Duarte. Francesco Belleggia, 23, Mario Pincarelli, 22, and the brothers Gabriele and Marco Bianchi, aged 25 and 24, are all accused of intentional homicide in competition after being arrested by the Carabinieri.

Impudently, they therefore deny having beaten the boy to death, in 4 and using martial arts, after he had intervened in defense of a friend involved in a violent quarrel unleashed by the gang already known to the police for criminal episodes.

According to the investigators, the young man was instead kicked and punched, even in the head, until he remained lifeless on the asphalt. A ‘punishment’ taken for having defended a friend of his shortly before.It happened on sunday night.

A quarrel between young people in the night outside the clubs of Colleferro, in the province of Rome, ended in tragedy. Willy Monteiro Duarte, a 21-year-old Italian of Cape Verdean origins who lived in Paliano, in the Frosinone area, died from being beaten in the street by some peers. The four were arrested by the carabinieri of the Colleferro company who had tracked them down shortly after the beating in nearby Artena, where they had escaped with a large engine car. These are boys between 22 and 26, with a police history. Among them are the two Bianchi brothers who practice MMA, a combat sport in which multiple forms of martial arts are used.

Those arrested are accused of manslaughter. It all happened around 3am. As reconstructed by the investigators, Willy would have been ‘punished for having defended a friend shortly before. The boy had intervened in defense of a schoolmate during a quarrel, perhaps over a girl, with one of the arrested, dividing them.

After a few minutes he would be joined by the four who beat him up. Two other peers were injured who, witnessing the scene, intervened and reported injuries deemed curable in 10 days. Unfortunately, help was useless for Willy who arrived dead at the hospital. The Carabinieri have ruled out the racial motive.

The commander of the Colleferro Carabinieri station was among the first to rush to the scene of the attack.  Thanks to the knowledge of the area and the testimonies collected, the military blocked the four alleged perpetrators shortly afterwards in the center of Artena, where they had fled by car. Dismay and despair in Paliano for the death of Willy, a great Jellow-Red Rome soccer fan and promise of the football team of the city’s sports center, who was studying in a hotel school and working as an assistant cook in a restaurant in the area. City mourning was proclaimed yesterday in Colleferro and Paliano.

This terrible story has dismayed all of Italy and in particular the area of ​​Rome, the scene of a very serious episode of violence last summer when two American boys killed the Deputy Brigadier of the Carabinieri Mario Cerciello Rege with 11 stab wounds.

Christchurch Mosques’ Killer planned Massacre since 2 years with Drones too. As a Mossad Military Mission