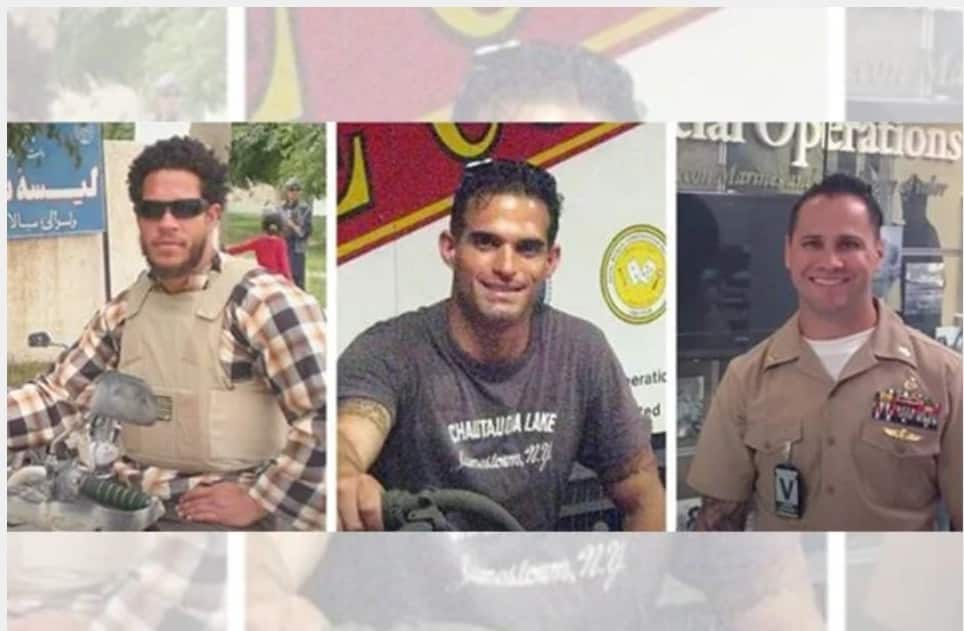 Highly Decorated Servicemen Were Acting in Self Defense Against a Violent, Drunk Attacker; Have Not Been Convicted of Anything; Attorney Demands Fundraiser Be Reinstated

New York, NY… In clear violation of the due process guarantees contained within the Fifth and Fourteenth Amendments to the U.S. Constitution, gofundme scrapped one of the most sacred principles in the American criminal justice system — that a defendant is innocent until proven guilty — by shutting down a fundraiser for three highly decorated American servicemen, including two people of color and a medic trained to care for people.

The “MARSOC 3” have served over 18 years in the military, had seven deployments including multiple tours to both Iraq and Afghanistan, and has been awarded several decorations for honorable, distinguished service, and valor. The servicemen are devoted to their loving wives, young children, and local communities.

Phillip Stackhouse, civilian attorney for Gunnery Sergeant Draher said, “Despite raising hundreds of thousands of dollars for questionable causes, including legal defense funds for violent crimes, resulting in multiple deaths and injuries, gofundme recently shut down a fundraiser for the families of a group of highly decorated American servicemen. Worse, This is a clear case of self-defense, proven by video evidence exonerating the MARSOC 3.

“After one Marine defended a fellow Marine from a vicious drunken attack, these highly decorated servicemen then remained behind to care for the attacker and transported him from laying in the street back to base. The MARSOC 3 have dedicated their lives to service and represent the best America has to offer. The fact that gofundme shut down this fundraiser while allowing tens of thousands, if not hundreds of thousands, of dollars to be raised for people accused of violent crimes — and even aiding and abetting an American traitor, is an absolute disgrace. When my client is exonerated, we will explore all available legal recourse against the people and organizations who attempted to prevent a fair trial. In the meantime, gofundme must immediately reinstate the MARSOC 3 fundraiser.”

After the drunken attacker poked, headbutted and then punched one of the Marines twice in the face, the other Marine blocked the oncoming third assault in self-defense, and the contractor fell and became unconscious. While his colleagues all abandoned him at the scene, the Special-Ops team remained to help their snoring attacker.

The Medic provided medical attention and the team safely escorted the contractor back to base where he was placed under supervision due to his high level of intoxication. Hours later, when it became clear that he needed medical care, life-saving measures were provided. The contractor was then transferred to a hospital in Germany, where, four days later, he died without regaining consciousness.

Fearing public backlash, the Commanding General’s preemptive response was to remove the three men from their positions and suspend their security clearances, special duty pays, and promotions. The incontrovertible video evidence exonerating the servicemen was disregarded, the men were libeled in official communications, and the case was expedited to a General Court Martial with charges of manslaughter. You can read the full story of the MARSOC 3 here.

Examples of fundraisers gofundme allow for people accused of violent crimes and/or resulted in deaths, include:

About the Special Operations Marines

Gunnery Sergeant Daniel Draher, Gunnery Sergeant Joshua Negron, and Chief Petty Officer Eric Gilmet were born to serve their country and their fellow man. Each has served over 18 years in the military, had seven deployments including multiple tours to both Iraq and Afghanistan, and has been awarded several decorations for honorable, distinguished service, and valor. These men are also devoted to their loving wives, young children, and local communities.

For more information, visit the Born to Serve website here.