A video, allegedly showing a Russian-speaking pilot in Libya waiting for an evacuation helicopter after his aircraft had supposedly crashed, appeared online on September 7 causing a wave of speculation in mainstream media and among military enthusiasts.

The clip shows a white-and-orange parachute on the ground, in a desert-like environment, and the Russian-speaking person claims that his aircraft was shot down at around 70km and that he ejected from it at about 40km from the airfield. He claims that he is waiting for an evacuation group of helicopters while the enemy is searching for him. After a break the video resumed to show an approaching Mi-24 helicopter in colors close to those used by helicopters of the Libyan National Army (LNA).

The video does not show any wreckage, nor indications of the near crash site, nor clues about the type of aircraft nor the real date or location of the video. The Russian pro-government military blog ‘Fighter Bomber’, which originally released the video, also revealed no further details about it.

The video came following several reports by the US military claiming that Russia had deployed several MiG-29 and Su-24 warplanes to the LNA-operated al-Jufra Airfield. The US Africa Command then claimed that these warplanes were possibly operated by Russia-linked private military contractors.

At the same time, the color scheme of the filmed helicopter is close to that used by the LNA. In particular, an LNA Mi-8 helicopter, which recently crash landed west of Sirte and was captured by forces of the Turkish-backed Government of National Accord (GNA) had a similar painting scheme.

As to the video itself and the actions of the alleged pilot on it, the situation looks pretty strange. First of all, if the jet was really shot down in combat conditions and the pilot ejected, the decision to film a video that may fall into the hands of the enemy is quite puzzling. The behavior of the pilot making such a decision raises questions about the real purpose of the move. In real combat conditions, the pilot would likely try to retreat from the crash site as much as possible taking the crash-position indicator with him to allow the rescue force to find him. Another factor is that despite the claims of the ‘pilot’, no smoke can really be seen in the video. Further, the pilot is not wearing a proper flight suit. On top of this, Russian sources say that the survival radio set, likely the P-855, which can be seen in the video, is of a different color than those used by the Russian Aerospace Forces.

These factors indicate that the video, regardless of the location, could be from some sort of combat search and rescue exercise. This would explain the strange behavior of the ‘pilot’ who was sitting near his parachute and waiting for somebody, like in peace time, instead of retreating from the alleged crash site.

Nonetheless, there is no doubt that these details are likely to be ignored by mainstream media, which will probably soon be full of reports about how Turkish forces downed a Russian fighter aircraft in Libya. If the abovementioned fun clip was really recorded in Libya, by some Russian-linked private military contractors, their leadership is now apparently interested in improving the operational security of their forces. 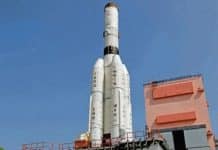 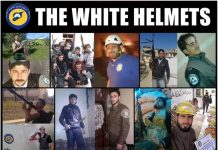 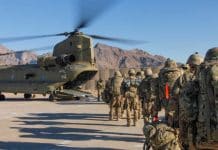 Intel Drop: Read the Writing on the Wall. Updating

Should Iraq have the right to retaliate against US strikes?

Vacationing on the Jurassic Coast!

Steve Kangas, The Origins of the Overclass (1998)

‘Have him die somewhere else,’ Florida homeowners yell at man trying to save neighbor’s...

For those who have ears…Trumpster Radio Host sinking with COVID…regrets not being ‘vehemently pro...

Hilarious: ‘Trump Just Dropped a Bombshell About the Stock Market Tanking’ (Stocks are at...

Who Owns Kavanaugh #1: The Justice & The Replacement

Steve Kangas, The Origins of the Overclass (1998)