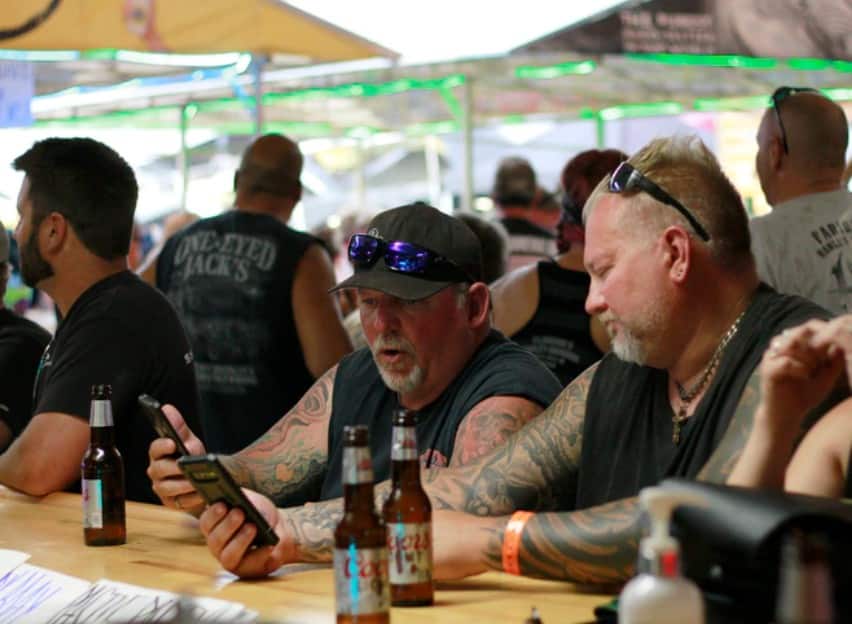 VT Analysis:  VT folks are biker folks and we love Sturgis as much as anyone. A party is a party except when it isn’t.

Sturgis is responsible for pushing back COVID lockdown successes by a month.  12,000 will die, the stats are inexorable, from Sturgis. What it has done is push for a poorly tested vaccine to be put in play weeks early or the estimate of $12 bn. will be low.

None of us expected so many infected people to come to Sturgis, infecting everyone. Stats are showing that every Sturgis rider home community is spiking. Each Sturgis rally visitor has already infected up to 20, with thousands sick already. This isn’t conjecture.

A new study finding the rally responsible for a quarter-million new COVID-19 cases was deemed “plausible” by a virologist and epidemiologist who spoke to The Daily Beast.

New analysis on Covid spread triggered by Sturgis event and implicated in the current epidemic in South Dakota. The estimates in this paper, if confirmed, would place Sturgis as the largest studied super spreading event in U.S. https://t.co/cNiTTs3Ilz

Cost to the US? Some estimate as high as $12 billion for health care and financial losses

Daily Beast: The roar of Harleys announced the determination of 460,000 people to ignore public health warnings and attend the 10-day Sturgis Motorcycle Rally in August, largely without masks or social distancing.

This is extraordinary. "We conclude that the Sturgis Motorcycle Rally generated public health costs of approximately $12.2 billion.”https://t.co/29WPMKoxrk https://t.co/WpSrx2TYTV

The silent pings of their cellphones enabled a team of economists to trace these reckless souls back to their home counties and statistically link the rally to at least 250,000 COVID-19 infections.

A new study says more than 250,000 COVID-19 cases between Aug 2 and Sept 2 came from the Sturgis Rally. That's approx 19 percent of all U.S. cases added last month. The paper's authors also concluded that the rally resulted in $12.2B in public health costs https://t.co/RGVFrIQfd6 pic.twitter.com/ZcTOkDJQ8v

The results are reported in a new study, “The Contagion Externality of a Superspreading Event: The Sturgis Motorcycle Rally and COVID-19” [interesting read] from the Center for Health Economics & Policy Studies at San Diego State University. The introduction quotes what the lead vocalist of Smash Mouth told the barefaced crowd packed before the stage at a concert during the rally:

“Now we’re all here together tonight. And we’re being human once again. F*ck that COVID sh*t.”

As is taught in every introductory statistics class, there is a  critical difference between correlation and causation. And the four authors of the study are economists, not epidemiologists.

But someone who is an epidemiologist, the highly regarded disease specialist Dr. Jeffrey Klausner, described the results of the study as “plausible” in an interview with The Daily Beast. Prominent virologist Dr. Angela Rasmussen used the very same word in describing the study to The Beast. Both Klausner and Rasmussen noted the size of the rally and the crowd’s apparent failure to take mitigating precautions. read more..

Health Editor’s Note: VT warned this would happen, and happen it did. Go to a superspreader event and blatantly disregard masking and social distancing and come away with coronavirus, take it home and give it to others by direct, secondary, or tertiary contact. 266,000 cases have resulted from attending this event, which had a total of 460,000 attendees.

How do we know how many coronavirus cases have been generated by the Sturgis Bike Rally which was held from August 7-16 and had a reported 365,000 vehicles in attendance, with their rider or riders?

A new study by the IZA Institute of Labor Economics tracked anonymized cellphone data for the 10 days of the event. “Smartphone pings from non-residents” and “foot traffic at restaurants and bars, retail establishments, entertainment venues, hotels and campgrounds each rose substantially.” Stay-at-home hours for local residents fell during the same time period.

The annual event ran from Aug. 7-16 and drew more than 365,000 vehicles, according to South Dakota’s Department of Transportation.

Shame on South Dakota Governor, Kristi Noem (R) for supporting the rally and also disputing this analysis’s claims. She had the power to cancel it and to keep thousands of people safe. Instead, this super supporter of Trump did an irresponsible thing. She calls this report an assault on those who attended this rally. All the assaulting is now being done by COVID-19.

Total disregard for the veracity of coronavirus and a mentality of a gnat create a very ugly picture….Carol