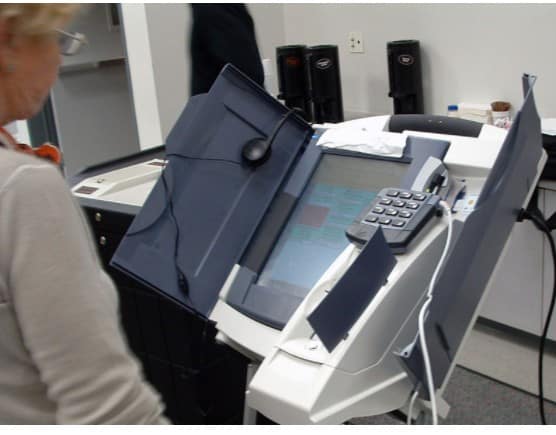 — Woodward reports new details on Russia’s election meddling, writing that the NSA and CIA have classified evidence the Russians had placed malware in the election registration systems of at least two Florida counties, St. Lucie and Washington.

While there was no evidence the malware had been activated, Woodward writes, it was sophisticated and could erase voters in specific districts. The voting system vendor used by Florida was also used in states across the country.

What you aren’t being told is that no evidence was allowed to be collected for reasons of ‘national security.’  Evidence was everywhere but no one would take it.

The fix was in.

Read the entire piece at CNN, where this gem was hidden in plain sight.

Special software written to crack wide open Diebold voting machines was loaded (manually) onto voting machines in up to a dozen states in accordance with a mathematical plan to rig the 2016 election with a surprise win for a candidate down 14% in the polls and down 4 million votes in final count…after up to 15 million votes were hacked using malware.

Diebold is pure CIA.  In 1990/91, Soviet bankers toured the US, financed by Diebold in order to supposedly learn about installing automatic teller machines.

Instead, a CIA heist was arranged to launder soon to be looted Soviet cash through the bankrupt Trump organization into Kosher Nostra coffers. VT knows everyone involved as we were at the table.

The plan was known about in 2015 when VT through its attorneys, Thomas Mattingly and Bart Fisher, contacted intelligence officials.  Nothing was done, the ‘fix’ was in.

I have enjoyed telling this to the FBI several times while being interrogated.  They seem to hate hearing it.

Where there were recounts, like Wisconsin or Ohio, GOP precincts reported voting at up to 116% of registered, not one or two with many reporting 95% or above while areas like Milwaukee strangely reported very low turnout, the opposite of what poll watchers observed in real time.

The massive Woodward bombshell has, hidden in its bowels, a pure ‘nuke.’  Evidence of the 2016 election, not just Florida but Georgia, Wisconsin, Pennsylvania, Ohio and Michigan…all were hacked by software loaded onto voting machines from Russia.

Each of these states was a Trump loss, all turned with malware. We traced the first use of malware to Ohio in 2004 when GOP voting software guru Mike Connell admitted that he had been paid to write programs to flip votes. When he asked for protection after being threatened by Karl Rove, then White House advisor, Connell died in a mysterious plane crash, almost as though he were a Democratic senator.

#unhackthevote
Sometimes a picture does say a thousand words. pic.twitter.com/i6WFNKtpB8

As to the actual culprit?  VT looks at this in this Moscow published article in English and Russian:

NEO: It Seems Russia is Rigging America’s Election, but is it True?

NEO: It Seems Russia is Rigging America’s Election, but is it True?