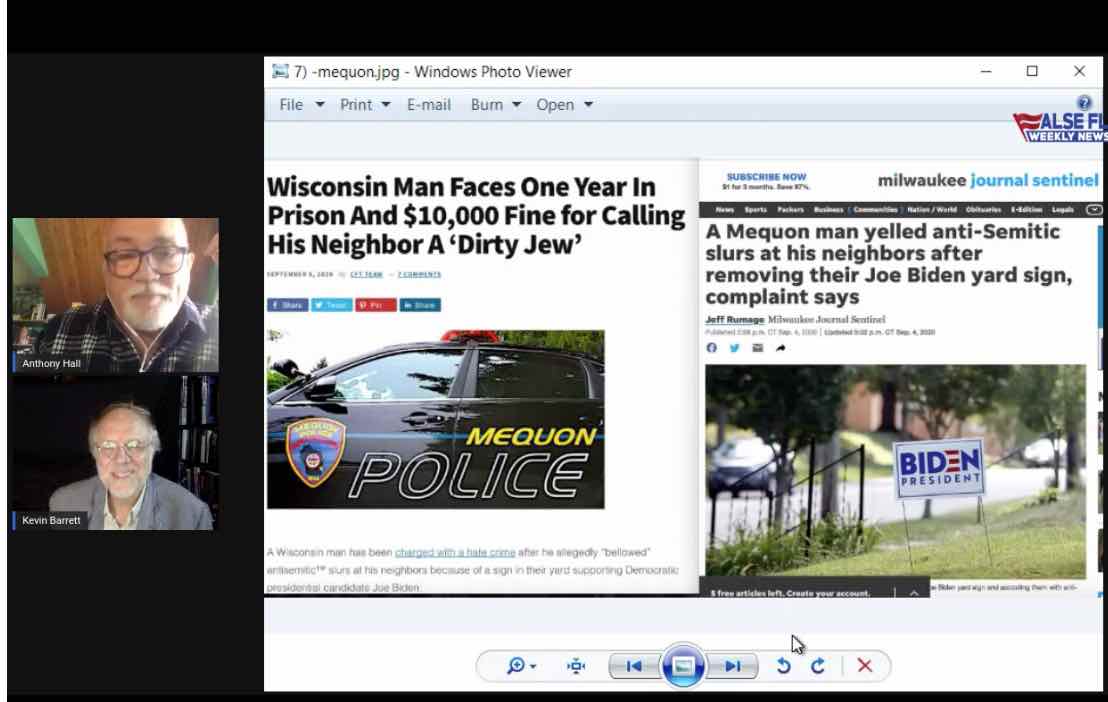 In today’s False Flag Weekly News (at the 48:50 mark) I raised a question often posed by audience members: Is COVID a complete hoax? Or is it a scam based on a real, dangerous virus? I argued the latter. The best evidence that COVID deaths are in six figures, I opined, is the data on “excess deaths from all causes,” according to which over 250,000 too many Americans have died this year.

Professor Tony Hall disagreed, citing reports that only 6% of reported COVID deaths are deaths from COVID alone. I argued that he was misconstruing that report, and that we may reasonably assume that COVID was a leading factor in a great many of the more than 250,000 “excess deaths from all causes.” Tony excitedly disagreed. Pretty soon things got hot enough to melt steel beams.

We are living in interesting times, and we should be allowed to engage in spirited debates about what is really going on. Unfortunately the big internet monopolies don’t seem to agree. They need to be seized, nationalized, and run as transparent public utilities in full compliance with the First Amendment.