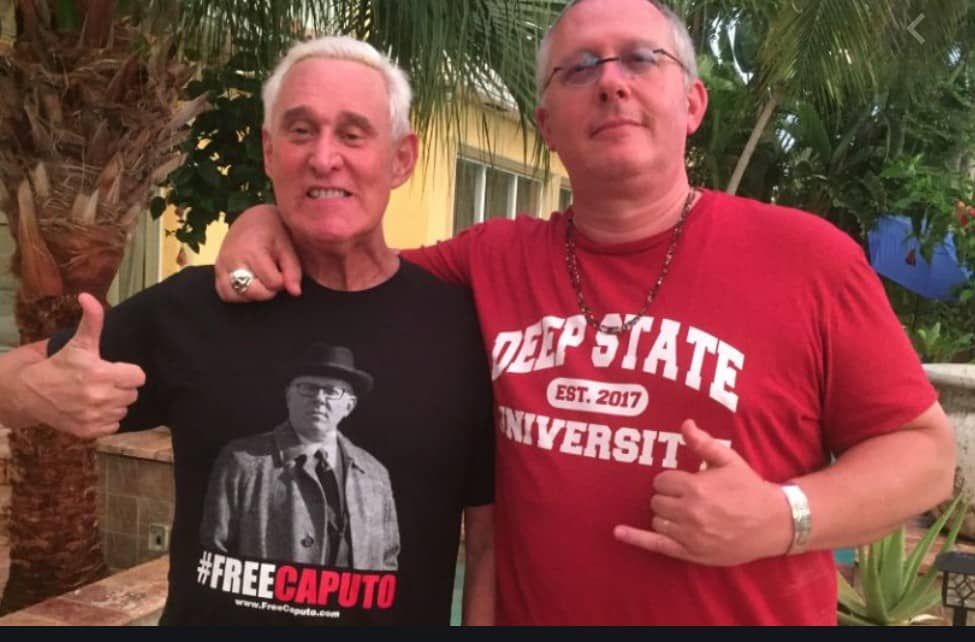 VT: What we know:

Michael Caputo was on Putin’s payroll. That’s literally all you have to know about the man to know he is utter garbage. But also: https://t.co/RuHc3c8ccC

Daily Beast: Communications aides appointed by President Donald Trump have been reviewing reports from scientists at the Centers for Disease Control and Prevention and changing them to better align with the Commander in Chief’s sunny message that the United States is beating the coronavirus pandemic, Politico reports.

All of this being done by someone the FBI insists is a Russian spy, picked for his role by convicted felon Roger Stone.

EXCLUSIVE: Trump appointees interfered with CDC’s weekly reports on Covid-19 — and even tried to halt the reports altogether. https://t.co/Qau7yYZH0c

Another day, yet another story about **yet another** member of Team🇷🇺Trump meeting w/#Russia.🙄

Michael Caputo, a former Trump campaign officer and now the appointed assistant secretary for public affairs of the Department of Health and Human Services, and his deputies have repeatedly requested pre-publication access to the CDC’s weekly Morbidity and Mortality Weekly Reports and reportedly altered them in several cases since April to lessen the seeming severity of COVID-19.

Michael Raymon Caputo (born March 24, 1962)[2] is a Republican political strategist, and media consultant. In April 2020, Caputo was appointed as assistant secretary of the Department of Health and Human Services for public affairs.[1][3]

He worked for the Reagan Administration with Oliver North, and later as director of media services on the campaign for President George H.W. Bush in the 1992 United States presidential election.

Caputo moved to Russia in 1994, after the fall of the Soviet Union, and was an adviser to Boris Yeltsin. He worked for Gazprom Media in 2000 where he worked on improving the image of Vladimir Putin in the U.S. He moved back to the U.S. and founded a public relations company, and then moved to Ukraine to work on a candidate’s campaign for parliament.

After returning to the U.S., Caputo was called by his former mentor Roger Stone, who convinced him to move to Miami Beach, Florida, and then Caputo founded his media advising company Michael Caputo Public Relations.[4] Caputo moved back to Europe in 2007 while advising a politician’s campaign for parliament in 2007 Ukrainian parliamentary election.[4] (A Candidate chosen by Russia)

Caputo was investigated by the United States House Permanent Select Committee on Intelligence as part of their investigation into Russian interference in the 2016 US presidential election.

Michael Caputo – Trump loyalist who once worked for Boris Yeltsin and did PR for a subsidiary of Russia's Gazprom, and is a longtime friend of Roger Stone and Paul Manafort, and who has never held a senior health care position is the new HHS spokespersonhttps://t.co/YOl3LY6yaO

CDC scientists have fought Caputo and company but in recent weeks have allowed them increasing sway over the reports, according to Politico. Caputo and his aides have also attempted to delay and even halt the release of other reports entirely.

Caputo denied any collusion saying "We didn’t speak to Russians. We didn’t use Russian dressing" – Caputo lived Russia in the '90s and worked for an energy company with ties to Putin & has known Roger Stone since the 80's when Caputo was Stone's driverhttps://t.co/GYD6GbKjYW pic.twitter.com/e14nmoR7rP

Dr. Paul Alexander, an adviser to Caputo, wrote in an August 8 email, “CDC to me appears to be writing hit pieces on the administration.” Trump has asserted multiple times that the new coronavirus will “disappear” and that the U.S. is “rounding the corner” on the pandemic despite nearly 200,000 American deaths from the virus and the highest number of cases in the world.