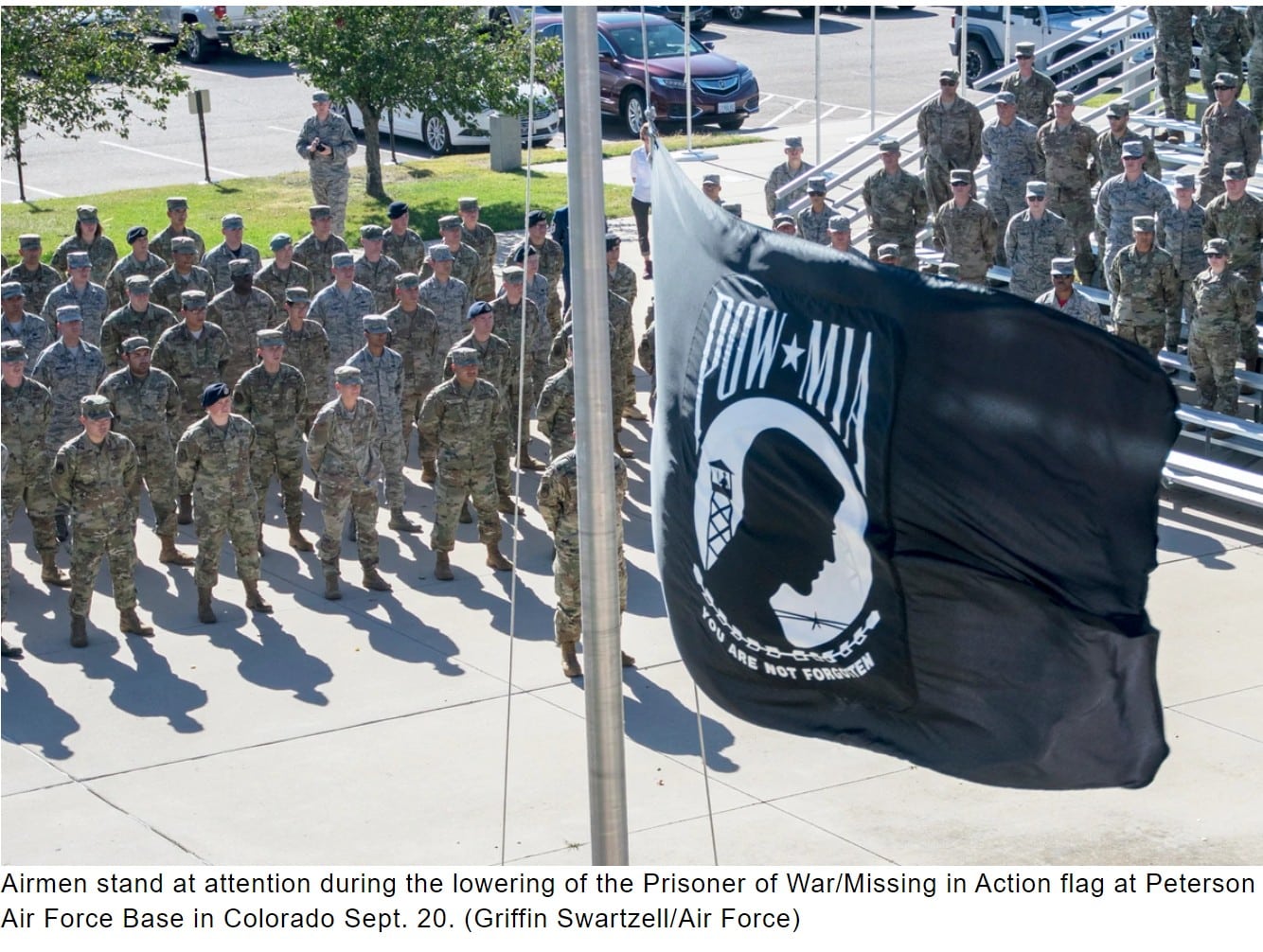 WASHINGTON, Sept 11 (Reuters) – A decision by the Trump administration earlier this year to move the flag honoring missing war veterans from a prominent position atop the White House to a less visible spot on the South Lawn has angered some veterans and lawmakers, who see it as disrespectful and potentially illegal.

Trump signed the act, which only repeated earlier law, then was the first to violate it:

The flag is dedicated to prisoners of war and service members who are missing in action. According to a White House video posted in June, it was relocated in a private ceremony with full military honors, months after President Donald Trump signed into law a bill requiring the flag to be flown at certain federal sites including the White House every day.

So Why has the WH taken down the POW/MIA flag that honors the over 81,000 American service personal "still missing" their families & loved ones? Legislation sign by Pres Trump (P.L. 116-67) requires that POW/MIA flags be displayed below the U.S. flag at federal sites & WH

Our POW/MIA flag, which is supposed to fly beneath Stars & Stripes on top of the White House has been moved – it is no longer visible to the public. It was taken down ON FLAG DAY, JUNE 14. This flag represents 80,000 still missing. RESTORE IT TO ITS RIGHTFUL POSITION!!!!!

The revelations come amid growing questions over Trump’s respect for the military, after a report last week by the Atlantic magazine alleging that Trump had called fallen American soldiers “losers” and “suckers” sparked outrage and controversy.

Trump denied the assertions, but has publicly disparaged the service of the late Senator John McCain, a war veteran, and was accused of criticizing his own generals in excerpts of a forthcoming book titled “Rage,” by Bob Woodward.

Y’all. There is a house I pass every single day. It has a flagpole in the yard w/an American flag & trump flag. Today the trump flag is gone & a POW/MIA flag is up.

“It’s bad enough that President Trump publicly ridicules American heroes like Senator McCain and others who were captured on the battlefield. He inexplicably promotes the Confederate flag but fails to fly the POW/MIA flag,” said Democratic Senator Jack Reed, a co-sponsor of the bill. “It’s part of a pattern of disrespect by President Trump toward those who honorably served our nation.”