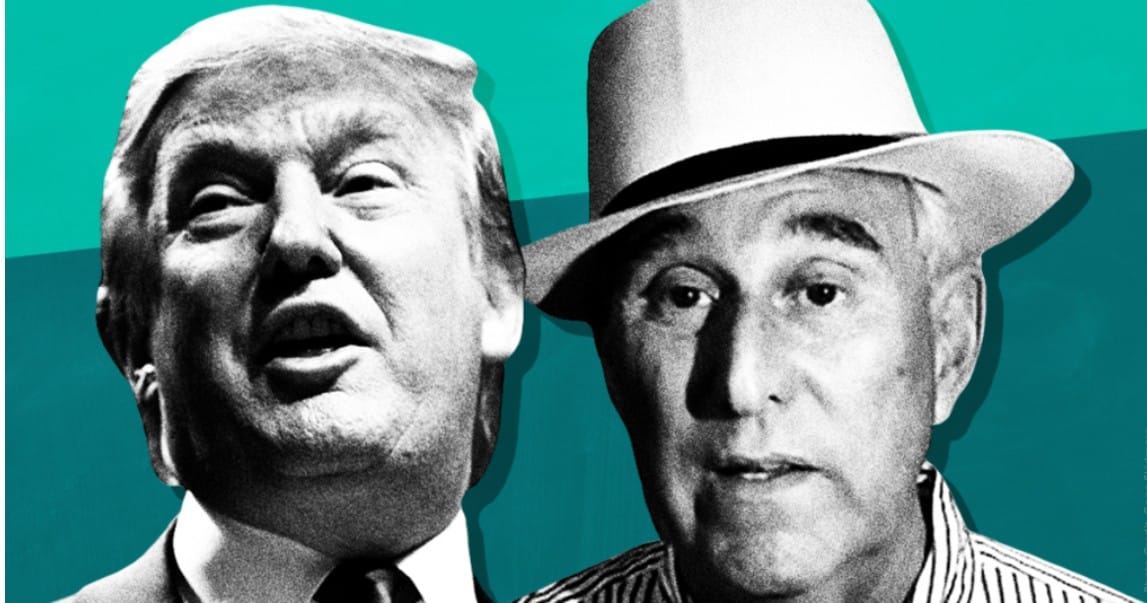 Alex Jones and his followers thought Obama was going to lead us to a martial law.

Surprise it's happening under Trump and Roger Stone is calling on Trump to do it.pic.twitter.com/YprQljZ4xk

Media Matters: Roger Stone is making baseless accusations of widespread voter fraud in the 2020 presidential election and is urging Donald Trump to consider several draconian measures to stay in power, including having federal authorities seize ballots in Nevada, having FBI agents and Republican state officials “physically” block voting under the pretext of preventing voter fraud, using martial law or the Insurrection Act to carry out widespread arrests, and nationalizing state police forces.

Great. And he said it on Alex Jones's show, too. That's wonderful. We all know how rational and emotionally stable the InfoWars crowd is.

Stone, a longtime confidant of the president, made the comments during a September 10 appearance on far-right conspiracy theorist Alex Jones’ Infowars network. On July 10, Trump commuted a 40-month prison sentence that was handed down to Stone after he was convicted of lying to Congress and tampering with witnesses as part of special counsel Robert Mueller’s probe into 2016 election interference.

Namely, Stone lied to Congress about his contacts with WikiLeaks, which released hacked emails with the aim of boosting Trump’s prospects. In the weeks leading up to the commutation, Stone made a number of media appearances where he asked Trump to grant him clemency and said that in exchange, he could be a more effective campaigner for the president’s 2020 reelection efforts.

Roger Stone calls for Trump to declare 'martial law' if he loses the election, and order the arrest of Mark Zuckerberg, Tim Cook, and the Clintons https://t.co/B2ilUyO2Pv

Stone’s efforts are now underway, and his aim appears to be to spread conspiracy theories about voter fraud and call for actions that would likely intimidate potential Joe Biden voters.

During his September 10 appearance on The Alex Jones Show, Stone declared that the only legitimate outcome to the 2020 election would be a Trump victory. He made this assertion on the basis of his entirely unfounded claim that early voting has been marred by widespread voter fraud.

Stone argued that “the ballots in Nevada on election night should be seized by federal marshalls and taken from the state” because “they are completely corrupted” and falsely said that “we can prove voter fraud in the absentees right now.”

He specifically called for Trump to have absentee ballots seized in Clark County, Nevada, an area that leans Democratic. Stone went on to claim that “the votes from Nevada should not be counted; they are already flooded with illegals” and baselessly suggested that former Sen. Harry Reid (D-NV) should be arrested and that Trump should consider nationalizing Nevada’s state police force.

🔥Roger Stone calls for Trump to seize total power if he loses the election. But that’s the least of it. Stone whose sentence was commuted 2 months ago, is on Alex Jones insisting the election is already fraudulent….🔥 https://t.co/r200YCWJvC