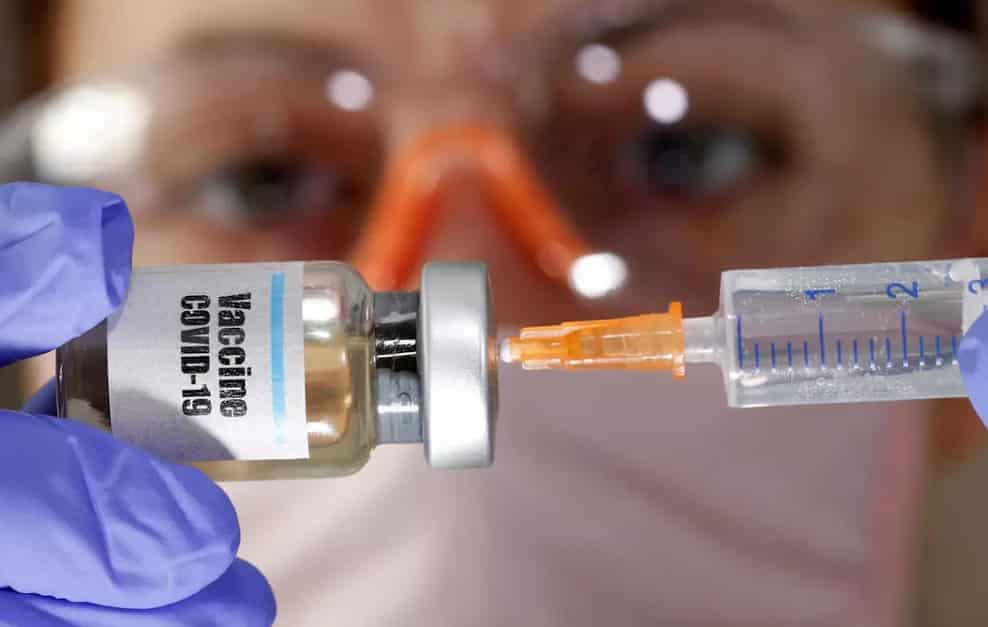 The COVID-19 vaccine participant whose mysterious illness stopped the AstraZeneca coronavirus vaccine trials is reported to be an inflammatory syndrome known as transverse myelitis which may lead to paralysis. According to agreements with governments, the vaccine manufacturer cannot be legally held responsible for the side-effects of the coronavirus vaccine, for the ongonign pandemic emergency.

The vaccine candidate, known as AZD1222 and developed with researchers at Oxford University Jenner Institue, was considered one of the promising. In April and May, researchers performed a combined Phase I and II trial that showed that the vaccine was safe, produced no unusual side-effects, and generated a robust immune response.

But on monday drug giant AstraZeneca, already known for many serious crime lawsuit, has stopped global trials of its coronavirus vaccine after it caused a mysterious illness in one of the volunteers. The company said it is investigating the cause of the unexplained illness but did not say who had stopped the trial.

The individual had been involved in the U.K. trials when they came down with the condition, which affects the spinal cord and is often sparked by viral infections, a source told The New York Times. What is Transverse Myelitis?

According to GreatGameIndia, Transverse myelitis is an inflammation of both sides of one section of the spinal cord. This neurological disorder often damages the insulating material covering nerve cell fibers (myelin). Transverse myelitis interrupts the messages that the spinal cord nerves send throughout the body. This can cause pain, muscle weakness, paralysis, sensory problems, or bladder and bowel dysfunction according to Mayo Clinic.

This terrible news had a significant impact on the political level because the major Big Pharmas had in the meantime reached a joint commitment on safety and compliance with the standards to be applied to the Coronavirus vaccine by the large pharmaceutical companies competing with each other.

As anticipated by the Wall Street Journal, giants such as Pfizer, Moderna, Johnson & Johnson, GlaxoScmithKline and Sanofi are about to release an agreement that publicly commits them not to ask for the approval of vaccines from governments until there are the necessary certainties on the safety of their products.

In a draft of the press release published in the economic daily, the companies explain that their joint commitment aims to “help and ensure public confidence in Covid-19 vaccines, which will eventually be approved and on compliance with the regulatory process by which they are evaluated”. The requests for approval, explain the big names in pharmaceuticals, will start only on the basis of “substantial evidence of safety and efficacy”.

This breaks the eggs in the basket of American President Donald Trump who, with his usual precipitation and exuberance, had announced the availability of the vaccine before the presidential elections in November, for that period it was in fact foreseen as probably also available by the European Commission.

One could embroider for a long time on the coincidence of a pact between Big Pharma that have been largely funded by Bill Gates, the main donors of the Democratic Party in the USA including GSK (which is developing a vaccine with Sanofi), Moderna and Johnson & Johnson, as we have amply demonstrated in the WuhanGates reportages.

A twist on the front of the Oxford University Covid-19 vaccine developed by the Jenner Institute. A serious unforeseen induced the Anglo-Swedish pharmaceutical company (owned by the American investment funds of the Weapons Lobby as demonstrated in a previous report) to stop the trial process after a mysterious and inexplicable illness.

To give the preview of the news is the NBC network of the USA (full post below) where the most important tests of the vaccine developed in the United Kingdom by the famous big pharma Astra Zeneca are taking place, which in the past ended up at the center of several scandals such as GlaxoSmithKline, the London multinational that can rely on the same investors and has had even more trouble with justice both in North America and in Europe, with which it should distribute the vaccine in Italy through the company Advent srl, owned by ReiThera srl ​​acquired in 2013 by GSK and today controlled by the limited company Keires AG, whose shareholders are secretive under Swiss law.

This is tremendous news for Europe and for the Italian government of the Democratic Party as AstraZeneca had reached an agreement with the European Inclusive Vaccines Alliance, led by Germany, France, Italy and the Netherlands, for a supply that will reach up to 400 million doses of the vaccine for COVID-19 from the University of Oxford and whose distribution will begin at the end of 2020. The company had announced, confirming the announcement of the Minister of Health Roberto Speranza.

The pharmaceutical company leading one of the world’s most advanced COVID-19 vaccine trials announced Tuesday that it had put the trial on hold after an illness was reported and that it was reviewing safety data before continuing the trial.

“This is a routine action which has to happen whenever there is a potentially unexplained illness in one of the trials, while it is investigated, ensuring we maintain the integrity of the trials,” the company said in a statement. “We are committed to the safety of our participants and the highest standards of conduct in our trials.”

“Our standard review process was triggered and we voluntarily paused vaccination to allow review of safety data by an independent committee,” the company said in a statement. “This is a routine action which has to happen whenever there is a potentially unexplained illness in one of the trials, while it is investigated, ensuring we maintain the integrity of the trials.”

The statement continued: “In large trials illnesses will happen by chance but must be independently reviewed to check this carefully. We are working to expedite the review of the single event to minimize any potential impact on the trial timeline. We are committed to the safety of our participants and the highest standards of conduct in our trials.

“Large trials for anticipated Oxford COVID-19 vaccine begin in the U.S.
AstraZeneca, which is working with the U.K.’s University of Oxford on a coronavirus vaccine, began its phase 3 clinical trials in the U.S. last week. NBC News has confirmed that trial sites in the U.S. have been impacted by the pause.

The Oxford trial was the third phase 3 trial to begin in the U.S. Pfizer and Moderna began their phase 3 trials in late July and have already enrolled about 30,000 volunteers.

By Sara G. Miller and Erika Edwards on NBC News