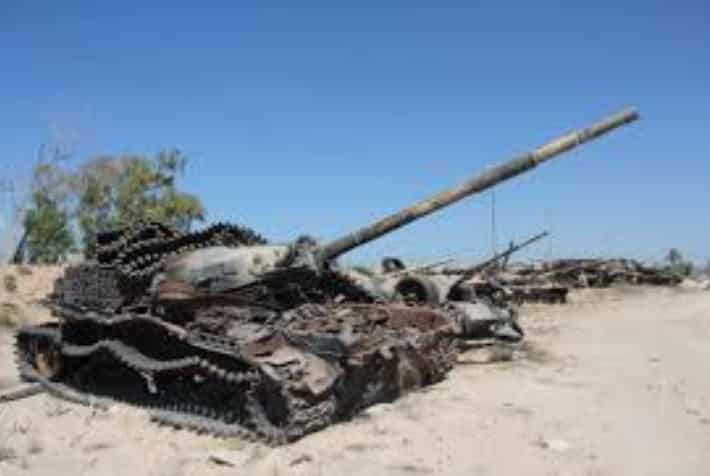 By Justin Michaelsburg for VT

One week ago, the residents of Tripoli took to the streets protesting the Government of National Accord headed up by Fayez al-Sarraj. The crowds were angry because only those at the top of the Sarraj government have enriched themselves becoming billionaires and siphoning off much needed oil revenues.

The people are hungry, and utilities have been problematic. Sources have indicated that Sarraj has removed billions from Libya and not only financed the Muslim Brotherhood but has deposited large amounts into his various bank accounts across Europe.

Sarraj made a series of missteps that have caused even the United Nations to sit up and take notice. Sarraj terminated his Interior Minister then pushed terrorists to occupy key positions within the GNA. The final straw that enraged Tripoli residents was Sarraj’s appointment of terrorist public security militia commander Imad Trabelsi to the position of deputy head of Libyan Intelligence per resolution 595 this year.

Sarraj handed the country’s most sensitive files and secrets to a host of known terrorists who have bled the country of its wealth only to finance other terrorist activities around the world. The United Nations should be very proud of its accomplishments. They gave the keys to the bank to a group of terrorists.

Well financed now, what terrorist acts will take place in the future as a consequence of the UN’s actions? Later this month, the UN should consider Libya as the number one issue to tackle and end all of the proxy wars and remove all foreign fighters from Libya. There is no hope as long as powerful rich nations continue to pour money, equipment and fighters into Libya, only to keep the status quo at war.

Days later, residents filled the streets of Benghazi and protested for the very same reasons—no food, no money, and people are tired of ineffective leadership. The House of Representatives (HOR), the only legally elected governmental body in Libya since the 2011 War in Libya, vested all of the national defense into the hands of Field Marshall Khalifa Haftar.

Haftar to his credit, had attacked foreign fighters and militias who held Tripoli hostage, but he failed to ever achieve his objective. Turkey and Qatar increased their stakes by importing some 12,000 mercenary fighters from Syria and dumped them into Tripoli to add to a huge burdening and growing complicated mess.

Haftar has retreated back to Sirte, the birthplace of Muammar Gadaffi, then Egypt and the United Arab Emirates increased their positions and stepped up the importation of drones, and other equipment. All of this has netted zero effect and gained no ground nor placed the Libyan National Army and the HOR any closer to regaining control of Libya. In fact, Libya is now worse, and the people are suffering immensely.

Yesterday, protesters stepped up their violence and set fire to government buildings and also Haftar’s own office building as a message to him and his staff that they have lost the confidence and support of his own people. Haftar and staff are on their way out.

All of the protests and other events that have unfolded inside Libya are the beginnings of a new front in an effort to free Libya. A huge upswell of volunteers and former military and intelligence operatives have banded together with the tribes to form the new Libyan People’s Army with no allegiance to Sarraj nor Haftar.

The new army has grown significantly in the last two weeks with even one brigade commander inside Tripoli now pledging his allegiance to the new army, as well as one field commander under Haftar’s command has also defected and stands ready to take action in the coming weeks. Several more militia and brigade commanders are in talks with the LPA to defect and join the new effort.

What sets the LPA apart from Sarraj and Haftar is the fact that it is commanded by Libyans with no foreign influence or agendas. This grassroots effort gave birth to a fast-rising army of the people driven by a fervor for freedom and to end this proxy war between bitter foreign foes.

The crumbling inside both competing governments has taken its toll and lost the confidence of the people. The people of Libya have long suffered these last 9 years from a fraudulent war that was launched by former President Barack Obama and Secretary of State Hillary Clinton and their allies inside NATO.

The entire war in 2011 was a ruse for Obama and Clinton to manufacture the necessity to go to war because neither of them had any successful foreign policies.

Clinton erased and destroyed emails and any evidence of the extensive efforts to deliver weapons in violation of United States laws as well as violating United Nations Resolution 1970. Civilian casualties and the mass destruction of private property inside Libya has been immense.

Yesterday the entire HOR based in Tobruk resigned, thus ending the entire governmental structure inside eastern Libya creating a power vacuum for the LPA to seize. In the coming weeks, the LPA will continue to grow and increase its membership as the only viable solution to end the 9 years of nightmare inside Libya. Sources have indicated that Haftar and staff will be removed from any remaining control and the LNA will be absorbed into the LPA.

This new collective effort seeks to drive Turkey and Qatar out of Tripoli and all of Libya. Inside sources indicated that all of the foreign fighters imported from Syria will not be allowed to leave.

The LPA seeks to end all regional aggression and restore peace for all of civil society. The stakes are extremely high, and the success of this new effort depends on the bravery and persistence of the Libya people.